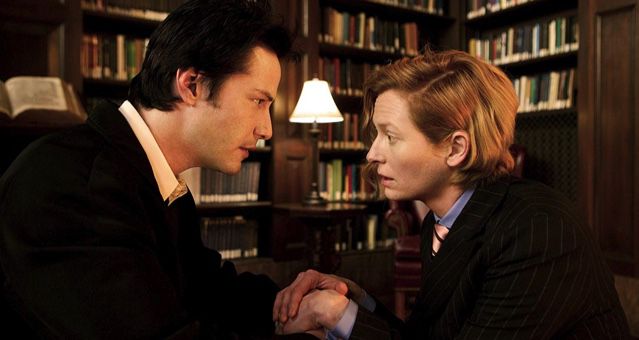 The Keanu Reevaissance is still going strong and with it has come a revival of the discussion around which MCU role might suit the man himself. Comicbook.com recently confirmed MCU overlord, Kevin Feige, is as eager as the rest of us to see Reeves on his giant murder board and is only waiting for the right opportunity to slot the actor into his sprawling creation.

Reeves has said he’d like to play everyone’s favorite surly X-Man, Wolverine, now that the mutants have escaped the clutches of Fox’s oft questionable decision making and are back home with Marvel (well, technically, Disney) but is that the right role for him when there are so very many possibilities?

I’ve seen some other suggestions flying across my Twitter TL the past few days I think may suit Reeves better. Are you listening, Marvel? Good.

Marvel’s Submariner (aka Namor McKenzie and no, I’m not kidding), who predates Aquaman by three years, is the son of a human sea captain and a princess of Atlantis. He has super strength and he’s a flying merman. I didn’t make that up either. He is technically the first mutant introduced to the Marvel universe, though he isn’t the oldest age-wise.

Namor has fulfilled several different roles during his tenure: he’s considered one of the first anti-heroes, been portrayed as a good natured hero, a surly one, and an aggressive invader seeking vengeance for what was done to his people by surface-dwellers (in one notable instance, he went to war against T’Challa and Wakanda) which means there are various ways he could be introduced into the MCU and an explanation for why he hasn’t shown up yet.

Namor is also a notable thirst subject for the folks of the MCU which, I mean…come on. Since America’s Ass has left the building, it’s only fair a replacement be found ASAP. 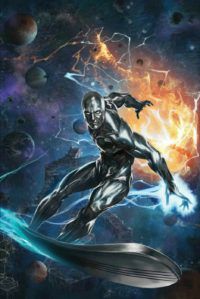 A humanoid alien with silver skin, the Silver Surfer, aka Norrin Radd, was an astronomer on his home planet before Galactus came to eat it. I don’t make the news, I just report it. Radd saved his world and its people by accepting a small fraction of Galactus’s power and becoming the Planet Devourer’s herald, traveling the cosmos on his faster-than-light, surfboard-like craft to find Galactus’s next meal.

When Radd ended up on Earth, he encountered the Fantastic Four, who helped him rediscover his respect for life (clearly, he encountered them in some form other than their movie incarnations as, had had that been the case, he would have been like, “Hey! Galactus! Do them all a favor!). Radd fought beside the heroes to save Earth; they succeeded in defeating Galactus but Radd was exiled to Earth in retribution for his betrayal.

If this all sounds familiar, it’s because there actually was a movie made of this arc, with Doug Jones as the Surfer, in 2007. He was a decent Radd, especially since, for some reason, they decided he couldn’t talk. As a whole, Rise of the Silver Surfer was definitely…a movie.

We know from his turn in Constantine that Keanu can kill a comic book redemption arc, especially when they let him, you know, say stuff; I have no doubt he’d bring honor to the Surfer.

I wouldn’t have thought of this one on my own, but Reeves as John Constantine also proves he has the chops for a darker comic book role and his various Shakespearean roles that he has the ability to capture the nuances of a character who may have magical abilities and who may be suffering from a serious mental illness. Possibly both. Probably both. And to do the later with sensitivity and care.

Mark Spector is a complex character with an interesting but problematic history (rabbi’s wayward son who stumbled on an Egyptian artifact during an archeological dig problematic). He also did time as a mercenary, which is kind of gross. Reeves seems like someone who can handle all of that with aplomb and bring some self-examination to the role others might not be so willing to embrace.

As a crime fighter, Moon Knight is an on-again, off-again Avenger, so the actor who ultimately portrays him will have to be able to function both as a member of an ensemble and carry his own films; we know Reeves can do both just fine. I will only accept this casting, however, if he gets to play to his comedic abilities as well, at least long enough to recreate this sub-plot with Anthony Mackie and Tom Holland: 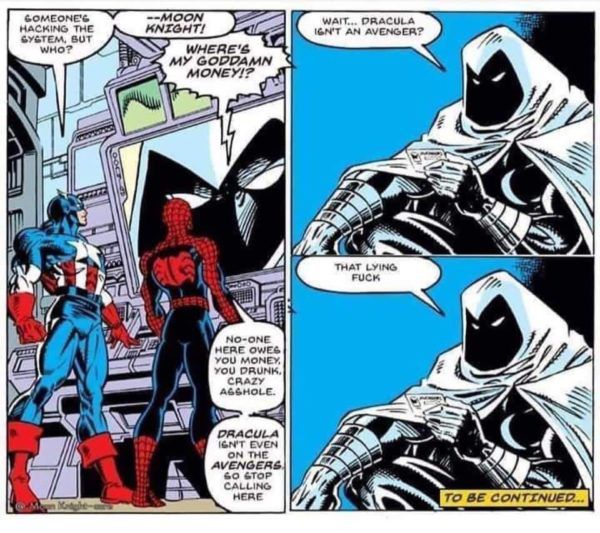 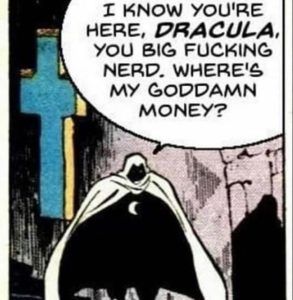 The stinger at the end of Guardians of the Galaxy: Vol. 2 implies that “Adam,” presumably Adam Warlock, is going to be the big bad of Vol. 3. and I’m definitely here for it, especially now that James Gunn is back in the driver’s seat (feelings about that are a separate conversation).

Adam is human, though genetically engineered to be perfect. He rebels against his creators (oops), gets into a smackdown with Thor (another indication that, with Chris Hemsworth extending his contract, Thor is shifting over the Guardian’s franchise), and decides to head to space for a walk-about. With the Soul Gem (the green Infinity Stone).

Thanos does factor in to this part of Adam’s story. Yes, we saw him get dusted. Remember, there’s also a time stone. Don’t look at me like that, I didn’t make this stuff up.

Adam has a lot of complicated arcs involving the Infinity Gauntlet, the Infinity Stones, the Avengers, Space Wars, and time travel so he could very well have a franchise of his own beyond Guardians of the Galaxy. We know Keanu can handle that. We also know he can portray a character with strength, durability, agility, energy projection abilities, flight, regeneration, immortality (he can be killed but won’t die of natural causes), wormhole production, quantum energy manipulation, and ultra-senses (John Wick x John Constantine).

The only reason I’m not sure of the fit on this one is that the Guardians already have Quill and, it appears, will be adding Thor, portrayed by Chrises Pratt and Hemsworth, two charismatic actors with huge personalities already firmly entrenched in the MCU. I feel like adding Keanu into that mix, while he can certainly hold his own, is doing him a disservice when he could be used elsewhere to establish a new character, and even a new franchise with his distinctive stamp. If you want him to fight someone, grab that Namor vs T’Challa narrative and let him and Chadwick Boseman go at it. 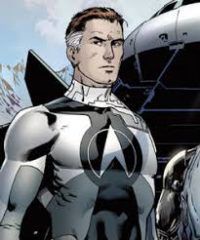 I’m going to put my foot down here.

Reed Richards is boring. That would be a total waste.

Let’s, however. Talk about his nemesis…

Because sometimes the villains are more interesting than the heroes and can be meatier parts for the right actors.

Victor’s parents were Romani, his mother a sorceress and his father a healer and leader of their tribe. His mother was murdered by Mephisto and his father died of exposure when he and Victor were forced to flee into the wilderness after the healer failed to cure the local Baron’s wife of terminal cancer. Young Victor, understandably pissed off, returned to his tribe, found his mother’s magical tools, and devoted his life to finding ways to combine science and magic to protect his people.

He met Reed Richards and Ben Grimm while at university in the U.S. where, for various reasons, they became rivals, after which he returned to Latveria, overthrew the Baron, and took control of the country with the intention of protecting the Romani people still resident within Latveria’s borders. By any means necessary. Also more revenge.

Is Victor Von Doom a good man? Absolutely not. Is he an honorable man? He has a code. He adheres to its letter exactly, though its spirit is negotiable. Has he allied with his enemies for the greater good? He has, partly because he wants to be the one who destroys them.

But when the Panther God of Wakanda judged Doom’s soul, it found him to be devoted to the welfare of his people and genuinely desirous of a utopia where humanity thrived.

And, like Moon Knight, Doom gets moments of humor amidst the darkness: 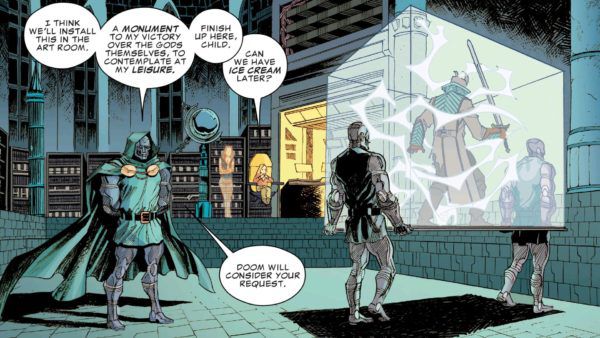