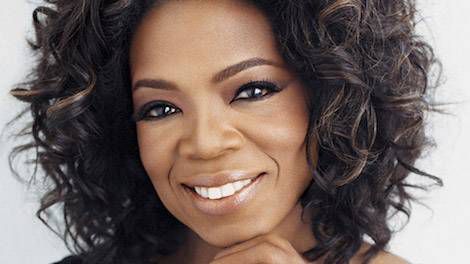 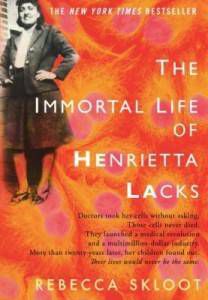 Did you know that if you have surgery, your doctor can use your de-identified discarded tissue for research? Sounds ok, right? I mean, what were you going to do with it?  But what if your doctor discovered that your cells are “immortal,” that they can be cultured, grown indefinitely, frozen, and shared among scientists? What if, a few decades later, you found out that 20 tons of your cells had been produced, that they generated 60,000 scientific studies, that they saved an uncountable number of human lives? That the polio vaccine, gene mapping, in vitro fertilization, and many other advances in medical science were made possible by your cells? And, finally, what if you found out that the patents and devices created from research on your cells netted scientists millions of dollars?

Rebecca Skloot’s The Immortal Life of Henrietta Lacks explores the procurement and cultivation of cancer cells from an African-American woman who died of cervical cancer in 1951 at the age of 31. Skloot intertwines three narratives in her fantastic book: the scientific story of how important HeLa cells have been to medical research; the ethical story of consent, consideration, discrimination, and (in)justice as they relate to the use of discarded tissues; and the personal story of Henrietta Lacks and her family, who didn’t know for decades about the use of Henrietta’s cells. And all along, the Lacks family had been living in poverty. They could not afford health insurance. Some were homeless. They had to fight, and fight and fight, for some recognition and control over their mother’s invaluable cell line.

This would make a great movie, right? Well, thankfully Oprah is on it. Yes, Oprah Winfrey is signed to produce and star in an HBO film based on Skloot’s bestseller. The film will tell Lacks’s story through the eyes of her daughter Deborah (played by Winfrey), and her search to learn about the mother she never knew and how her cells helped researchers change the face of medical science. Co-produced by Alan Ball (Six Feet Under, True Blood), the film will be written and directed by George C. Wolfe (HBO’s Lackawanna Blues; Tony winner for Angels in America).

Getting this movie made has been a goal of Winfrey’s for years. It starts filming this summer. Given the other projects Winfrey has done, I expect this adaptation will confront the racial, economic, and social issues that make this such a fascinating story.