One of the things I love most when reading a book is when we get a glimpse of the characters reading or even get to glance over their bookshelves. What characters read can tell us so much about them in a flash: we learn more from Marianne Dashwood’s love of romantic poetry than we do from Jane Austen’s more overt statements about her sentimentality, for instance.

But, sometimes we don’t get that glimpse into the reading lives of our favorite characters. Well, don’t fret! Here for your reading edification are the books I imagine might be the faves of seven literary figures. (Since this is Book Riot and we’re making up the rules as we go along, I’ve assumed everyone has access to a TARDIS or something and can get books from as recent as last week.) 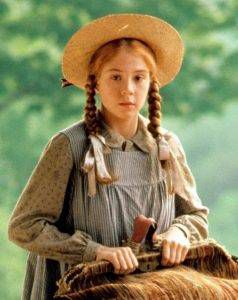 Anne Shirley (L. M. Montgomery’s Anne of Green Gables): In her youth, Anne devoured fantasy novels like Ursula Le Guin’s Earthsea cycle. More recently, though, Anne has settled on a new favorite: Susan Swan’s The Wives of Bath, which made her question the true nature of her childhood friendship with Diana Barry—she tried to remember: had she ever seen Diana and Gilbert Blythe together?—as well as how much she truly lived by her own rules, rather than those of men. Plus, it’s CanCon (even if it is set in Toronto). 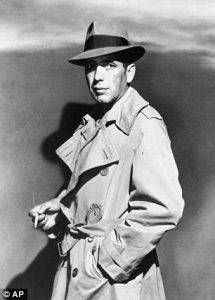 Philip Marlowe (Raymond Chandler’s The Big Sleep and other novels): If there’s one thing Philip Marlowe likes as much as a flask of whiskey, it’s a good mystery. He lives them by day, and reads them by night, at least until the bourbon kicks in and he dozes off on top of a dogeared mass market mystery bought at an airport bookstore. His personal favorite? Gone Girl by Gillian Flynn, which had Marlowe second-guessing himself at each twist and turn. Plus, it had a duplicitous dame at the center of a web of lies. Marlowe knows you can never trust a dame. 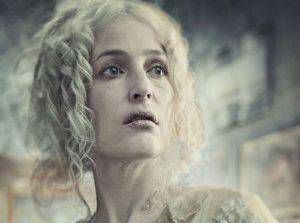 Miss Havisham (Charles Dickens’ Great Expectations): Miss Havisham’s bookshelves are filled with foxed books and mildewed magazines from decades past, slowly decaying like the the wedding cake that still sits on her table. But, after a lifetime of misery, Miss Havisham knows who to blame: the goddamn patriarchy. So, every month or so she sends Estella off to the comic shop to pick up her copy of Bitch Planet by Kelly Sue DeConnick and Valentine De Landro. Miss Havisham loves the story of non-compliant women fighting back against the system, as well as the fantastic essays and interviews in the back matter. She loves the book so much, she has Estella carefully bag and board every issue to protect from ambient cake molds. 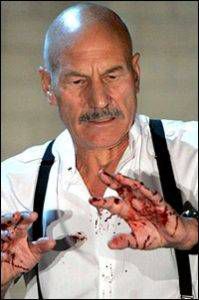 Macbeth (William Shakespeare’s Macbeth): Macbeth loves stories about politics. He loves House of Cards, though he can’t decide if he prefers the original UK version or the US remake. But his favorite—both on screen and on paper—is George R. R. Martin’s A Song of Ice and Fire series because of its unexpected twists, epic battles, and political intrigue. Macbeth especially loves Cersei, who has a governing philosophy much like his own, and he has a really good feeling she’ll be the one sitting on the Iron Throne when it’s all over. (You know nothing, Macbeth.) 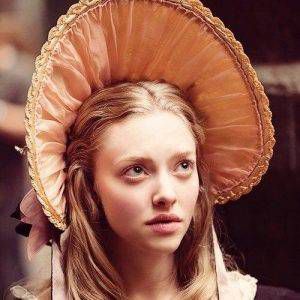 Cosette (Victor Hugo’s Les Misérables): Let’s be real: Cosette’s life has not exactly been the most thrilling. She grew up as a servant, and just when it looked like things were about to get exciting, she was shuffled off to a convent. She did have a secret romance with Marius Pontmercy, but he totally left her behind when he went to fight at the barricades. And even now that she’s more-or-less happily married, Cosette’s life is still as boring as ever. She now reads primarily action-packed YA novels, through which she can live vicariously. Her current faves? Margaret Stohl’s Black Widow: Forever Red and its sequel Red Vengeance. 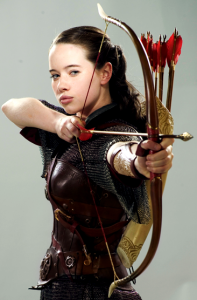 Susan Pevensie (C.S. Lewis’s Chronicles of Narnia): Susan is the one Pevensie child who broke free of Narnia’s embrace. When her siblings all returned to Narnia one last time (i.e., they died), Susan stayed behind and picked up the pieces (made the funeral arrangments). And why did she stay behind? Because “she’s interested in nothing now-a-days except nylons and lipstick and invitations.” In other words, she grew up. (Terrible sin, I know.) Susan is now a professor of gender studies, and regularly falls asleep reading essays from Roxane Gay’s Bad Feminist. 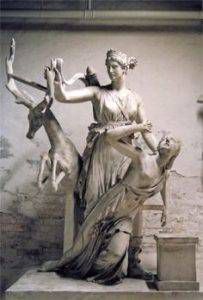 Iphigenia (Euripides’ Iphigenia at Aulis and Iphigenia in Tauris): Iphigenia has lived a bit too much for one person. She was nearly sacrificed to Artemis by her father, Agamemnon, only to be saved at the last moment by the goddess herself and whisked away to Crimea, where she was given the fun task of sacrificing any foreigners who happened to wander in. (The Greeks and their gods were a fun-loving, welcoming bunch.) As an immigrant herself, Iphigenia now reads a lot of novels about people who find themselves in distant, hostile lands, but her true love is Bernardine Evaristo’s novel in verse The Emperor’s Babe about the love life a Nubian immigrant in third century Londinium.