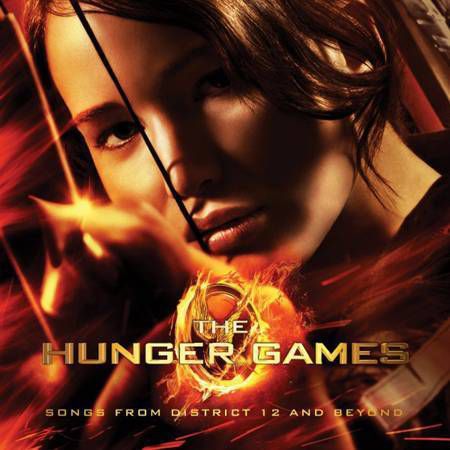 You can always spot a bookish person by the speed with which they say, “the book is better” when you mention the movie version of anything that was ever in print first. So, when I saw The Hunger Games movie last night, I didn’t walk away contemplating whether or not it was a good movie- I walked away wondering if the book really was better.

(Warning: thar be spoilers here-aargh-but only if you haven’t read the book.)

Points for the Book


1. When you’re reading the book, there are no obnoxious teenage girls whisper-shrieking, “HE’S SO CUTE” anytime Peeta is on screen (it happens to Gale, too, but he has significantly less screen time).

2. The book is more violent. This might not be a point for the book for everyone, but it was for me. The movie doesn’t necessarily shy away from the violence, but it’s not always front-and-center like it is in the book. I get the impression that the filmmakers quieted down or glossed over the more violent, gruesome scenes to keep parents happy (I’m thinking specifically about the “finale,” which is much gorier and twisted in the book).

3. Katniss’ narration in the book is missing in the movie. It’s largely made up for by Jennifer Lawrence’s fan-frickin-tastic acting and really smart cinematography, but there are a still a few Katniss-thoughts that are missing. For example, it’s never really articulated that Katniss doesn’t necessarily return Peeta’s feelings during the games. If you hadn’t read the book, you wouldn’t know because Katniss isn’t telling you.

4. The other tributes are less anonymous in the book. The movie’s already 2 ½ hours long, so they couldn’t exactly introduce each tribute in full, but the book gives them all a bit more attention. In a story that’s so much about the human element of violence, it would’ve made more sense to make cuts elsewhere.

5. The Capitol and its residents are silly in the movie. In the book, they’re ridiculous, but that’s different. The movie version of the citizens of the Capitol just look like they picked the wrong hair dye and dressed up like Lady Gaga for Halloween. They feel like an afterthought.

Points for the Movie
1. You can more fully experience the silent moments. The terror the potential tributes feel as they line up for the Reaping is more palpable in the movie. There’s no talking, no music. Just tension and horror. The quiet moment between Cinna and Katniss just before she gets into the tube is heartbreaking. While those moments are there in the book, the movie shoves them in your face and makes you wallow in them.

2. Multiple points-of-view in the movie let you follow other characters more closely (and yes, I know that losing Katniss’ POV was a point for the book, but it GOES BOTH WAYS, PEOPLE). Donald Sutherland’s quiet, rose-gardening, creepy President Snow gets plenty of air, as do Wes Bentley’s oddly sympathetic game maker and the heart-broken citizens of District 11. Plus, without Katniss telling us what’s happening, Stanley Tucci’s Caeser gets more screen time as a sports commentator, and I heart Stanley Tucci.

3. Jennifer Lawrence. Katniss is a quiet character, so there wasn’t a lot of dialogue to work with here, but Jennifer nails it. Her shakes before getting in the tube, her silently defiant, tense moment with President Snow during the crowning, the brief moments of rage after Rue’s death- Jennifer Lawrence is perfect, and somehow more perfect, more complex, than the Katniss in the book.

Final Verdict- It’s a Tie
While “Points for the Book” has more actual points than “Points for the Movie,” I’m calling it a tie. Jennifer Lawrence’s steely performance and the benefits of the multiple points of view (including not having to listen to Katniss’ romantic blah blah blahs) should count for double. The book isn’t better than the movie and the movie isn’t better than the book. They both take their respective advantages and run with them. Print can tell you things that would bore you in the movie, while cinematography and great acting can make up for cuts that were obviously made for time. Read the book. See the movie. And may the odds be ever in your favor.