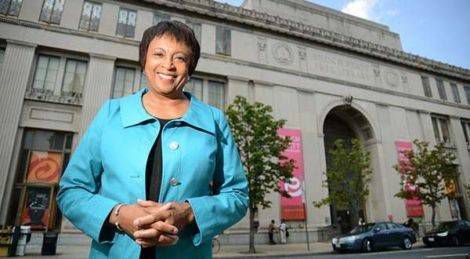 Dr. Carla Hayden, the current and 14th Librarian of Congress, is many things: a brilliant scholar, a forty year veteran of libraries, a defender of equal access, a former president of the American Library Association (ALA), and a rescuer of baby ducks. She is also the first African American and the first woman to hold her position as the highest ranked librarian in the United States.

And it just so happens that Congress recently voted to limit her powers. 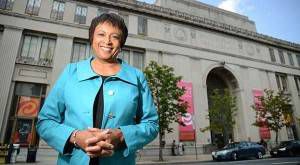 On April 26, 2017, the House of Representatives voted 378 to 48 in favor of the Register of Copyrights Selection and Accountability Act (H.R. 1695). You can read the bill’s full text here. The bill’s name implies that it focuses on the mundane details of copyright law, and to some extent, it does. But it also limits the position of Librarian of Congress. In particular, if it is passed by the Senate, the act will prevent Hayden from appointing the next Register of Copyrights.

Instead, the power to choose the next Register of Copyrights will fall to the executive branch. More specifically, it will rest in the hands of current President Donald Trump.

On the surface, it seems odd that the legislature would decrease the scope of this Librarian of Congress’s role. During her confirmation hearing, Hayden expressed openness regarding the future role of the United States Copyright Office. She said that the Office remaining “fully functional” was important to her.

However, this bill is not a random change. It was created in response to lobbyists in the entertainment industry, Hayden’s activism, her identity, and some very real critiques of contemporary copyright law.

And Hayden has already ruffled some feathers in the current administration. She has a very public history of advocacy. When she won the title of Ms. magazine’s 2003 Woman of the Year, she told the publication,

“Libraries are a cornerstone of democracy—where information is free and equally available to everyone. People tend to take that for granted, and they don’t realize what is at stake when that is put at risk.”

And of course it is important to note that Congress is voting on this bill when it will affect the, and I can’t say this enough, first African American and first woman to ever hold the position of Librarian of Congress. Though the previous Librarian of Congress received heavy criticism, Congress did not vote to hamper his abilities in the way that they are attempting to hinder Hayden’s. Perhaps this is simply because Congress moves at the pace of an iceberg. Perhaps enough new faces were voted into office in 2016 to inspire change. Or perhaps some legislators find it easier to take power away from an African American woman than from a white man.

Luckily Hayden and the position of Librarian of Congress have very vocal and convincing supporters. When the House voted in favor of the bill, Jim Neal, the current president of the ALA released a statement saying, among other things,

“[The bill] isn’t related to modernization of the Copyright Office, which it will impede. It isn’t about protecting or advancing the long-term interests of all Copy­right Office stakeholders, just its most powerful ones.”

Representative Zoe Lofgren (D-CA) also critiqued the bill, saying it “would allow powerful incumbent interests to use their lobbying power to control this increasingly politicized office.”

And Christopher Chambers, media studies professor at Georgetown University corroborated this to NBC BLK, stating, “Big money is at stake and the industry wants someone, who will see its side, rather than the public interest in what the Constitution says is the ‘promotion of useful Arts.”

According to these specialists, the bill does not resolve some of the very real flaws in contemporary U.S. copyright law. But it does give more power to Donald Trump. And it does take power away from a woman who has spent her life trying to find the ways to get information and literature into the hands of those who need it the most.

A version of this bill was introduced by the Senate on May 2 as Senate Bill 1010. If you have any strong feelings about the role of the Librarian of Congress or what powers Donald Trump should have, now would be a great time to share those with your local senator.

*This post was edited to clarify some erroneous information about the term limit for the Librarian of Congress. Thanks to those who pointed out the error!*