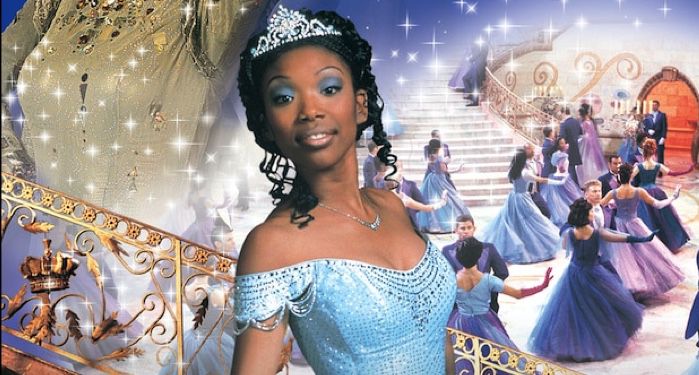 “Cinderella” is one of those stories that we are almost born knowing. Whether we have read one of the many retellings, or watched one of the film adaptations, the basic plot is engrained in our collective imagination. There have been plenty of explanations for the near-universal appeal of Cinderella, as well as enough analysis to keep a researcher busy for years. But where does the story come from? When was it first conceived?

The short answer is that we will probably never know. Like other folktales, Cinderella was most likely passed down orally for generations before somebody committed it to paper. But who was that someone? The Grimm brothers? Charles Perrault? Somebody else?

The first thing to keep in mind is that there are versions of this story coming from several different cultures, all hailing back centuries. Because the main themes of the story are so universal, it’s hard to see sometimes whether a similar tale is a coincidence or a root.

The Controversy of Cinderella’s Origins

Some sources claim that the first Cinderella-like story is told by Greek historian Strabo (65 BCE–23 CE). In his Geography, Book XVII.33, Strabo tells the story of Rhodopis, a Greek courtesan whose sandal was stolen by an eagle. The eagle flew the sandal all the way to Memphis, Egypt, before dropping it on the king’s lap. Drawn by its beauty, the king then proceeded to send his men searching for the woman who would wear it.

But there is another Cinderella-type story, one that comes from China during the Tang Dynasty. This has a lot more in common with the tale we know today than a king and a missing shoe: it also features an evil stepmother, stepsisters, and a magical outfit. In the 8th century, a man named Tuan Ch’êng-shih wrote a book compiling lore from different places he’d visited. This volume, titled Yu Yang Tsa Tsu, includes a story about an orphan girl named Yeh-hsien whose stepmother always treated her badly. Her only friend was a fish, and her stepmother eventually killed it out of spite. Yeh-hsien, following a stranger’s advice, prayed over its bones whenever she wanted something…like a dress and shoes to attend a cave-festival.

Naturally, she lost her shoe (made of gold in this version, rather than glass). And naturally, it made its way to the king of an island named T’o-han.  You can guess where the story goes from there.

Charles Perrault or the Brothers Grimm? Neither, Actually

Most people think that the European version of Cinderella was first put to paper by Perrault or the Grimm brothers. In fact, neither gets the credit for that: in the 17th century, an Italian collection of short stories included a tale called “Cenerentola”. This story, however, although not quite as dark as the Grimm’s version, is far from being a cozy story where love and goodness triumph. Instead, Zezolla, its protagonist, is forced into marriage by a king who isn’t adept at taking no for an answer.

Fortunately for all Cinderella fans out there, along came Charles Perrault 60 years later. He published Histoires ou contes du temps passe in 1697, a book that included a little tale titled “Cendrillon”. Perrault was the one to introduce the fairy godmother to the story, as well as other key elements to the version we know today – including the glass slipper and the happy ending.

The Grimm brothers, of course, were not known for their happy endings. In their version, “Aschenputtel”, the story takes a dark turn: we’re presented with a worldview in which pecking somebody’s eyes out is a perfectly appropriate, not-at-all brutal punishment (not to mention the explicit portrayal of disability as a punishment for evil).

It Has a Life of Its Own

Nowadays, it’s hard to imagine any Cinderella that isn’t like the 1950 Disney movie. This animated musical didn’t only save Disney from likely bankruptcy: it also solidified a version of the fairytale (more accurately, Charles Perrault’s version) into what is, to many, the “real” Cinderella story. But the interesting thing is that it hasn’t halted the growth of the tale: on the contrary. There have been countless retellings and adaptations in the years since…and so, in true folktale fashion, the story will continue to shift and expand from telling to telling.