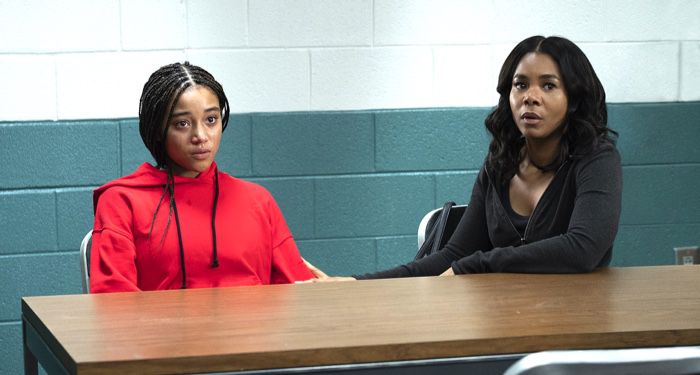 As of Tuesday, June 9, the 2018 film The Hate U Give, based on the novel by Angie Thomas, is available for free to stream on all digital platforms. Director George Tillman made the announcement on Twitter.

I’m Excited that #TheHateUGive is avail Tues at no charge on digital platforms. I hope the film provides a bit of understanding. Our story is a reminder to never be afraid to raise our voice in the name of justice. We must stand up for what we believe. The time for change is now! pic.twitter.com/e9FZuqKb33

The Hate U Give is an American drama film starring Amandla Stenberg, Regina Hall, Russell Hornsby, KJ Apa, Common, and Anthony Mackie. The story follows 16-year-old Starr Carter, who witnesses the murder of her childhood friend Khalil at the hands of the police. What follows is Starr’s reexamination of her place in her community, her racial identity, and her role as an activist. The story is a powerful message that is worth watching (or rewatching) as we all consider how to act against police brutality and racial injustice in America.

Angie Thomas’s 2017 YA novel The Hate U Give spent more than 80 weeks at the top of The New York Times Best Seller list. The book received multiple awards and accolades, including The Boston Globe-Horn Book Award, the William C. Morris Award, and the Coretta Scott King Honor.

Fox 2000, the producers of The Hate U Give, are also planning to adapt Thomas’s second novel On the Come Up.

Looking for more films about fighting racial injustice to stream for free right now? Warner Brothers Pictures announced that Just Mercy is now free to stream on all digital platforms.