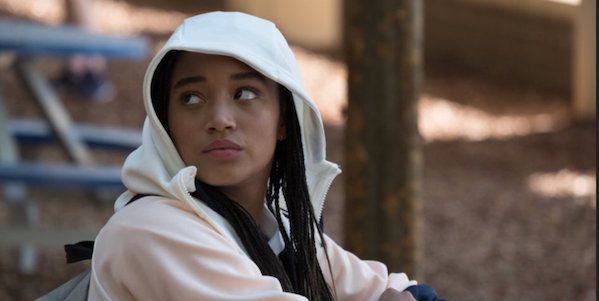 Good news for fans of the book, and fans of diverse entertainment, The Hate U Give‘s big screen adaptation finally has a premier date! Angie Thomas, author of the novel, announced yesterday on Twitter that The Hate U Give will be arriving in theaters on October 19th, 2018!

The all-star cast includes Amandla Stenberg, K. J. Apa (you can read more about his casting here), Common, Regina Hall, Anthony Mackie, and Issa Rae, among others. The plot is timely, centering around the Black Lives Matter movement, and follows the story of Starr Carter. Starr is 16-years-old and is reeling after witnessing the murder of her best friend Khalil, unarmed, at the hands of a police officer. The novel, only a year old, has already found itself on the banned books list. The movie is being directed by George Tillman Jr. and has been adapted from the novel by Audrey Wells.

Stand-by for ticket preordering. This movie is going to be important, controversial, and emotional.