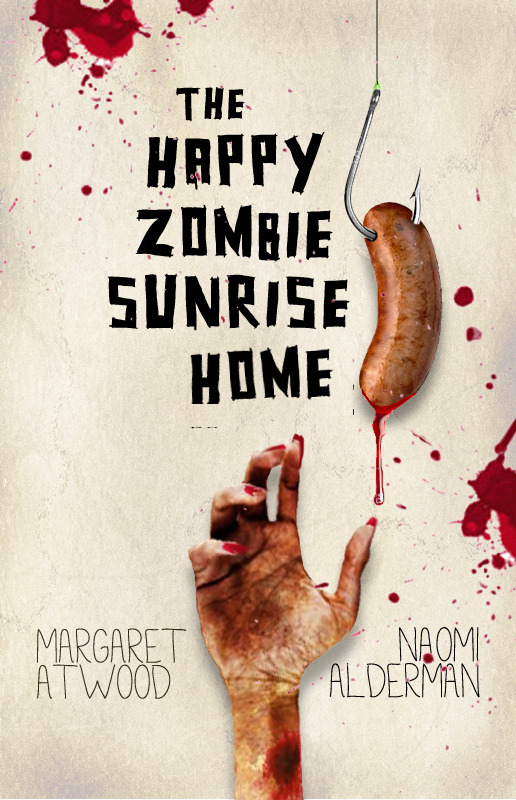 Book Riot is partnering with Wattpad to introduce you to new writers and stories with excerpts and features. 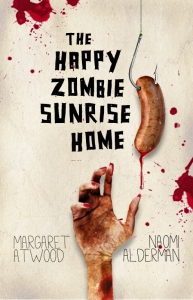 This is an excerpt from “The Happy Zombie Sunrise Home” by Naomi Alderman and Margaret Atwood. Read the rest at Wattpad.

Okie’s fifteen. She lives in New York. She’s got a few problems: she’s failing geography, her dad’s a wimp, and her mother, Sumatra, is a stone cold bitch. But things get a lot worse when Sumatra turns into a zombie and eats Okie’s dad. Clio, Okie’s grandmother, lives in Toronto; but since the zombie apocalypse, Toronto’s a lot further away than it used to be. Clio suggests that Okie transport Sumatra across the border, because family is family. But coaching Okie by cellphone isn’t easy, and Clio has some zombies of her own to contend with. Luckily she has some garden tools. Naomi Alderman and Margaret Atwood team up for this unusual two-hander. Encompassing love, death, sex, and the meaning of family, The Happy Zombie Sunrise Home will surprise, delight, and convince you of the vital importance of keeping ready supplies of rhubarb and mini-wieners in your freezer at all times.

Because that’s one of the first symptoms, isn’t it? They lose the ability to read.  You see them trying to decipher the street signs; it’s quite sad really, and worse than sad if they happen to be driving. So many mangled passers-by. The aphasia comes just before the insatiable craving for street-cart mini-wieners, but before the slavering and shambling and the attacks on pet dogs. And all that follows.

But I’m digressing.  Let’s just say that if you can read this, you’re probably still unaffected.

Here is how it began.

I was out in the garden, cultivating the rhubarb plants, from which I intended to make a pie later in the afternoon, or two pies, or maybe even three if I added strawberries. You can never have too much rhubarb, in my opinion. You can eat too much of it, yes, but you can never have too much. I frequently give some of mine away, to family and the neighbours. Not that it is always appreciated by either.

After digging in the compost around the roots of the plants – rhubarb is what they call a gross feeder, it likes a lot of decaying organic matter –  I stood up to check the perimeters of my admittedly large property in Rosedale – which, for those of my readers who may live in Britain or New York or even Scranton, is an old and once affluent section of the city of Toronto, Canada. My husband, Dexter, and I acquired this property after Dexter made a fortune from his patented anti-Alzheimer’s bottled energy drink, Glowing Skull, with its secret plant-derived neuron-altering formula.

It is by the way libelous to suggest – as some have done – that the present outbreak traces its origins to the widespread consumption of Glowing Skull and its effects on a certain strain of cold virus. If things were not such a trainwreck in the legal profession – how many firms have been decimated by partner predation? – I’d already be suing.

The sun was glinting off the double line of broken-bottle glass topping my high stone wall. The glass keeps them out as a rule, though occasionally one claws his or her way over, sustaining multiple lacerations, after which I’ve found it fairly simple to finish them off with a garden tool. The three-pronged cultivator is quite good, though the long-handled item with the gutter-excavating thing on the end – pointed, with a killer blade – is the best. Their skulls are soft, more or less like pumpkins, so it doesn’t take much force.