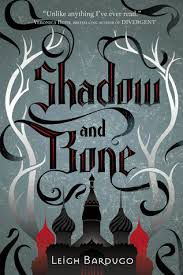 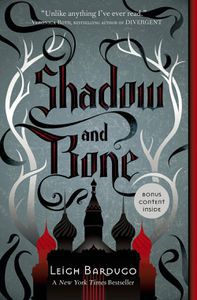 I feel like all I hear about are books that are going to be “The Next Gone Girl” or “The Next Hunger Games.” Why don’t we ever talk about “The Next Harry Potter?” Is it because there hasn’t been one? Or was this slot supposed to be filled by The Mortal Instruments or Percy Jackson or some japes like that?

If this topic is still up for discussion, I’d like to push The Grisha Trilogy by Leigh Bardugo into the middle of this conversation. It’s a New York Times bestseller so don’t worry, I promise I’m not pretending like I “discovered” it, I am not a sneaky liar, swearsies!

If you’re a YA diehard, you’ve probably already read the first volume Shadow and Bone, which came out last year, and the second volume Siege and Storm, which came out this summer. If you haven’t read these books, and are the kind of reader who can be pushed over into YA on a very special Harry-Potter-or-Hunger-Games occasion, this just might be your jam. Below, a list of reasons why.

The Grisha world is loosely based on the world of Russian folk and fairytales, and you’re going to want to live in the country of Ravka the way you wanted to live at Hogwarts. The details of this world are so vivid and original, which  makes it so easy to crack inside jokes with fellow trilogy lovers/ figure out how to dress up as Alina Starkov for Halloween.

It’s so refreshing and rad to have a big fantasy-epic that’s not only magical and dramatic but also hilarious. The characters range from cocky to cranky, and countless one-liners spring forth from these very specific types. Not only does the wit in the Grisha Trilogy remind me of Harry Potter, it also reminds me of Buffy The Vampire Slayer. Yes, I did go there.

In Alina Starkov, we have a reluctant orphan hero who’s not aware of her magical powers until adolescence. Sounds familiar? Of course it does, because this kind of familiar is awesome sauce. Whereas Harry Potter took a few books to get moody, Alina is cantankerous right off the bat. She’s cranky and tired and lonely and self-conscious and freaked out and trying her best and often making bad calls just like, oh, that’s right, all of us.

The Darkling is like the scariness of a Disney Villain meets the hotness of a Disney Prince. I know, I’m terrified/turned on too. It’s worth mentioning that Alina Starkov is SURROUNDED by handsome and dangerous young men who are all attracted to her. It’s amaze.

One of the things that bugs me a lot about YA is how morally straightforward so many Lead Characters and Gang are. It’s like they’re perfect little after-school special characters placed in fantasy and dystopian worlds. What I love about the characters of The Grisha Trilogy is how much they all screw up and how their fatal flaws actually are fatal flaws (sorry, Percy Jackson, “being loyal to your friends” is not actually a hamartia, but nice try).

A Plot That Could Double As a Six-Flags Roller Coaster

The trouble with being a well-read human being and a fairly smart person is you tend to start seeing twists and reveals coming from ten miles away. Or you don’t see a twist coming, but it wasn’t set up properly, which makes it feel cheap and unearned. Both Shadow and Bone and Siege and Storm are filled with oh-that-was-totally-set-up-but-I-didn’t-see-it-coming ab-fab twists. Well done.

Any other Grisha fans? Do you feel like it’s earned the right to the crown? Or do you have your eye set on another successor you want to see on the throne?