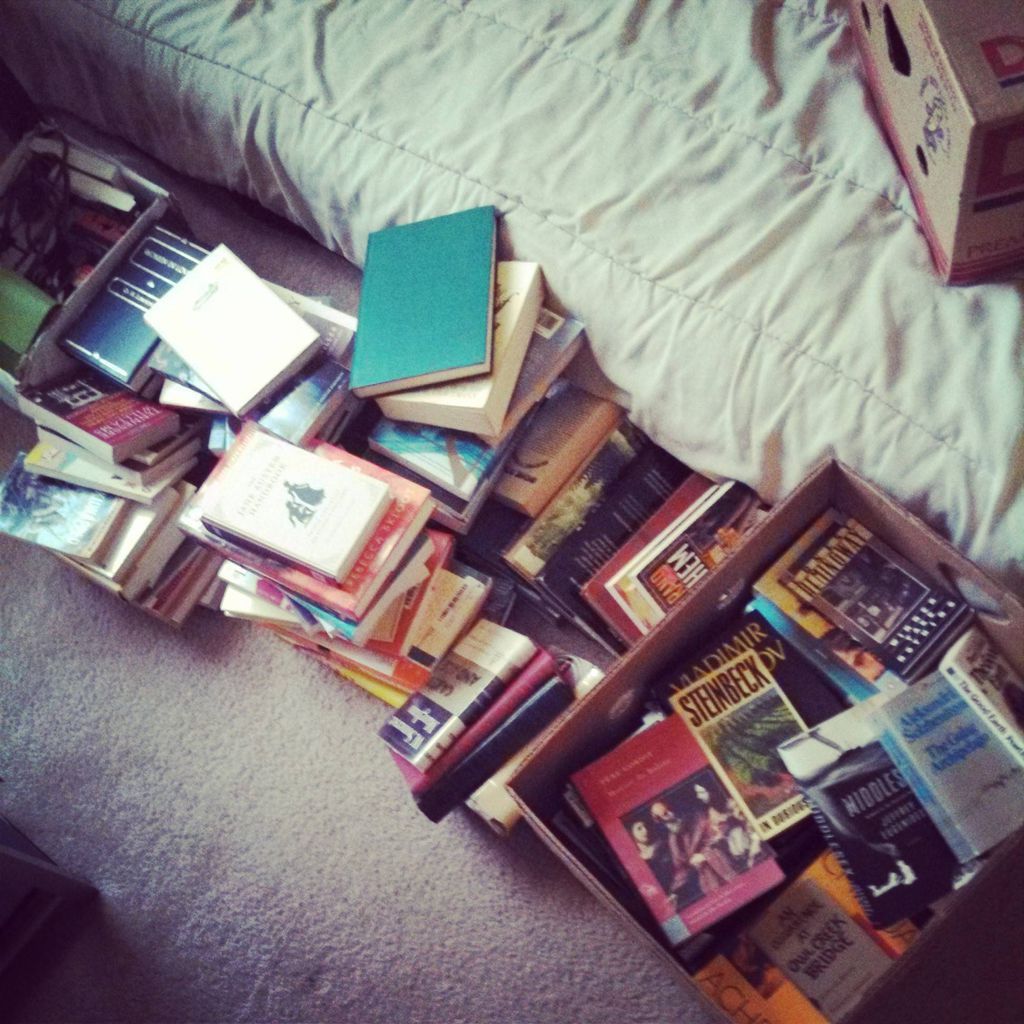 Round One of the Purge: Downstairs Shelves

I can’t specify what exactly prompted the urge to purge. I think it was a combination of spring cleaning momentum, getting tired of dusting all these cheap Target book shelves, getting tired of constantly trying to teach my toddlers not to rip covers off my paperbacks, plain old fashioned running out of room, and…(gasp) reading more and more books from the library on my ereader.

So, I girded my loins and began pulling out every single book that I had no plans to re-read, and every book in my TBR pile that had been there longer than two years. The books that are in the public domain were downloaded to my Nook in case I ever got a wild hair and decided that YES I AM GOING TO RE-READ THE SCARLET LETTER (that is literally never going to happen, but knowing it’s there is a security blanket).

Every other book or so, I’d have a mini panic attack and think OH GAWD WHAT IF MY KIDS WANT TO READ THIS SOMEDAY WHATEVAH WILL I DO and the rational part of my brain would reply, “library.” Then I’d think WHAT IF SOMEONE WANTS TO BORROW THIS SOMEDAY and again, “library.” I journal the books I read, so it isn’t like I need a totem around my house, marking the event. So what was I really keeping all these never-to-be-read-again books for? So other people would know I read them? Let’s be real: I’m not social. Ain’t no one coming up in here to judge my library.

I got rid of about 200 books (not much to some people, but it was about a third of my library). So now my shelves only hold books I seriously want to make out with, beautiful old volumes and first editions that I love, and a TBR pile that involves no guilt. And I’m dusting a whole heck of a lot less. I’ve mini-purged before and whatever I got rid of was quickly replaced by compulsive shopping, but now that I’m heavily library and e-reader dependent, I don’t think that will happen this time. I’ve gone from being anti-e-reader and someone who obsessively holds onto every book I touch to being a digital reader who sometimes views physical books as just more clutter to deal with.

So tell me, kids: have you ever done a major personal library purge? Did you feel better afterwards, or do you totally regret the experience?