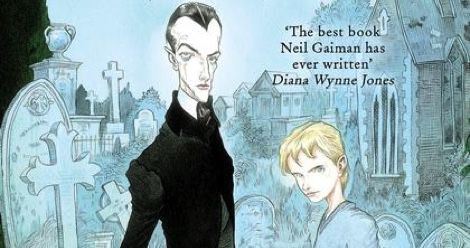 Neil Gaiman was already a very well-known name when I first picked up The Graveyard Book a few years ago. Never having read the author before, I wasn’t sure what to expect. Although I enjoy fiction, I’m not particularly a fan of science fiction; I enjoy Doctor Who, but when it comes to books not even the ever-so-famous The Hitchhiker’s Guide to The Galaxy has pulled the strings of my heart. Sometimes we just have to accept that not all popular genres are our cup of tea, and that’s okay. It turned out, however, that The Graveyard Book’s type of fiction – some call it urban fiction – was exactly the type of storytelling I’d been longing to read for a very long time.

It’s not spooky, in spite of its title. It’s even endearing, enchanting, yes. A living boy who is raised by the spirits of a graveyard. It sounds like the premise for a ghost story – well, a scary ghost story – but it turns out, in this book, the spirits of the dead are kindhearted, or snobbish, clumsy, or pragmatic, as are the spirits of the living. The characters are so diverse and witty that imagining a cemetery filled with ghostly figures stops being as scary as we might imagine.

I can’t really put my finger on what makes this book so special for me, but I have found its influence on my writing often. It is perhaps not a coincidence that any major stories I have begun – and am yet to finish – portray, in one way or another, death.

Its prose is magnificent, and while I’ve only read the book once, I’ve listened to Neil Gaiman reading it to a live audience over and over again. This book has found its way into my heart from the first read, and this month its first edition turns ten! It’s the month of Halloween, so what better excuse to read or re-read it?

To mark the date, Bloomsbury has released a special tenth-year anniversary edition, and I’m longing to get my hands on one of these!

View this post on Instagram
Swords & Spaceships Newsletter
Sign up to Swords & Spaceships to receive news and recommendations from the world of science fiction and fantasy.
Thank you for signing up! Keep an eye on your inbox.
By signing up you agree to our terms of use

The Tenth Anniversary edition of The Graveyard Book is out from Bloomsbury! It's beautifully designed and I wish I knew where the last decade had gone.