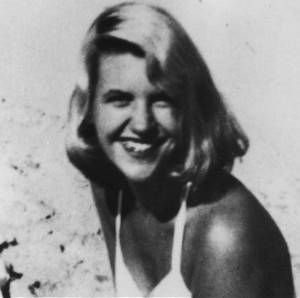 And Gotham returns with its first episode of 2015!

“Rogues Gallery” finds Detective Jim Gordon working his new gig as security at the newly reopened Arkham Asylum, only to stumble upon an investigation involving inmates being electrocuted. Like most episodes of Gotham, it’s another entertaining hour of television that does some good stuff, some bad stuff, and some stuff that makes you say “Oh, Gotham…”

So without further ado…

Firefly and Homeland‘s Morena Baccarin joined Gotham this week as the future confidant to Batman Dr. Leslie Thompkins, a character I’ve always liked and was excited to hear would be joining the show. Baccarin isn’t given much to do beyond a lame attempt at making her a red herring for the episode’s mystery that wasn’t fooling anyone (more on that later), but her charisma is hard to ignore. As soon as she walked into the room you could immediately feel the overall quality of Gotham go up a few notches.

Here’s hoping they give her a lot more to do going forward. I’m especially looking forward to her inevitable interactions with Bruce and Alfred (the latter of which better be absolutely FILLED with sexual tension or I’m going to start a riot).

Since this show started, this is exactly the kind of relationship I’ve wanted for Gordon and Bullock. I’m so glad that Gotham only took 11 episodes to give it to me.

Bullock hanging out with these two inmates was a thing of beauty. I can definitely dig that.

Fish Mooney’s right hand man Butch hasn’t had a whole lot to do so far this season, I’d honestly written him off as a one note goon sort of a character. So imagine my surprise when he was given the best part of the episode!

While mostly everything else in this episode was fun and generally entertaining, Butch’s struggle with loyalty was understated in a way that I didn’t think this show was capable of.

Oof. This was painful. After reuniting with Barbara when Barbara ran away from home, Montoya breaks up with her because they’re apparently “toxic” for each other. Just drugs and alcohol and sex in a hotel room 24/7.

There’s something that feels incredibly wrong and uncomfortable about a gay relationship being depicted this flippantly destructive. Then Montoya tells Barbara she should just go back to Jim and I just don’t know anymore. What was the point of all of this? The last thing this show needs is a Marissa Cooper.

Here’s hoping we get some better gay representation on this show soon. Hey, Montoya’s single now, right? Let’s get her on some dates ASAP. She’s going to need them after this trainwreck.

The Penguin goes to Jail

The Penguin gets it in his head that he’s going to raise the rates that fishermen pay his boss and is punched in the face by a cop and carted off to jail for most of the episode.

Then Sal Maroni bails him out and calls him a smelly monkey.

That’s it. That’s all that happens. It felt less like it was integral to the story and more like it was some sort of contractually obligated appearance that was shoehorned in. I mean, they gave us this worthless storyline but skimped on Bruce and Alfred this week? Not cool, Gotham. Not cool.

This was the lame attempt at using Leslie Thompkins as a red herring I was talking about earlier. Dr. Lang claims that none of the staff at Arkham could possibly be involved in the electrocutions, but then suddenly hesitates. And we cut to Leslie Thompkins looking like this:

Ohhhh she MUST have done it, right? Well, no. It was actually Nurse Dorothy who was in on it. The red herring was bad enough, but then, after Dorothy escapes by opening up all of the inmates’ cells and starting a stampede of crazy people, Harvey shares some information he’s just discovered from Dr. Lang: “It’s Dorothy! She’s not staff! She’s an inmate!”

Now hold one a sec. You’re telling me this woman has been working for Arkham Asylum this whole time because Dr. Lang didn’t bother to ask where she was from? They use a ridiculous excuse that she had been hiding out in the basement of the abandoned asylum for years and then emerged as everyone moved back in. Are we supposed to believe that Dr. Lang wouldn’t see the discrepancy on his payroll? Or was he just letting an inmate run around as a nurse this whole time? Either way, it’s absurd. And a terribly twist.

But then Nurse Dorthy is trampled by dozens of inmates attempting to flee Arkham. So I guess that’s that? Even as throwaway a character as Nurse Dorothy ended up being in the end, what an incredibly dumb use of a character.

There was an Arkham Asylum school play.

An Arkham Asylum Armageddon-style interview montage. That included so many colorful characters.

Or even this guy. Glorious.

And then there’s Jack Gruber and his brain controlled henchmen. They end up being behind the series of electrocutions and make a Joker-like escape from the Asylum at the end of the episode. Christopher Heyerdahl plays Gruber in a performance that chews all the right scenery for me. So good.

Much like the Penguin “storyline”, these scenes don’t serve much of a purpose narratively, but they’re a lot more fun. Selina finds a sick and coughing Ivy in a box and takes her to Gordon’s apartment to rest and get better. It’s a cute scene, but what really makes it worth is later in the episode.

Gordon gets a phone call, and like a polite house guest, Ivy answers so she can take a message. It’s Barbara calling after her break up with Montoya and is very distraught when Ivy somehow convinces her that she is Jim’s new “special friend”. Despite the fact that Ivy sounds like a 12 year old girl, Barbara has this reaction:

I laughed for a long time after that scene. Classic Gotham.

All of this Ivy and Selina hanging out in Gordon’s apartment did make wonder though… What kind of gig does he actually have at Arkham Asylum? It seems like he’s working for three days straight in this episode. Does he ever go home?

So, what did you think of this week’s Gotham? Are you excited about more Jack Gruber? What did you think of Morena Baccarin’s debut as Leslie Thompkins? Did you like Butch’s storyline as much as I did? Sound off in the comments and we’ll see back here in two weeks for “What the Little Bird Told Him”!