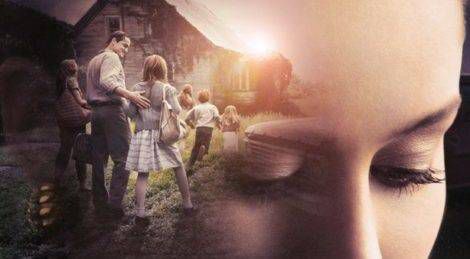 Books analyzing the epidemic of poverty and addiction in forgotten mine towns and the backwoods of Appalachia are pretty popular right now. J.D. Vance’s Hillbilly Elegy: A Memoir of a Family and Culture in Crisis  and Nancy Isenberg’s White Trash: The 400-Year Untold History of Class in America are proof of this uptick in books providing real world insight onto poor white America and how they got here.

But rewind twelve years, and there’s a new book receiving lots of buzz in the publishing world that is different from what we’ve seen before. A heartrendingly raw and honest memoir, Jeannette Walls shared with the world the story of her impoverished and nomadic childhood in The Glass Castle. From the moment this book was published, it just felt like we’d see a film adaptation. Today, it’s not unusual to see the rights to a story purchased by a major studio well before the date it’s set to hit bookshelves. But The Glass Castle‘s film adaptation took a little longer. Plagued by a few false starts and stops, a revised screenplay and an evolving cast, it was over a decade from the moment The Glass Castle saw its first of 261 weeks on the bestsellers list until the day people could watch Rex, Rose Mary, and the three red-headed Walls children on the big screen.

So, how does time impact a story like The Glass Castle? How does our current political and socioeconomic environment effect how that story plays to audiences? 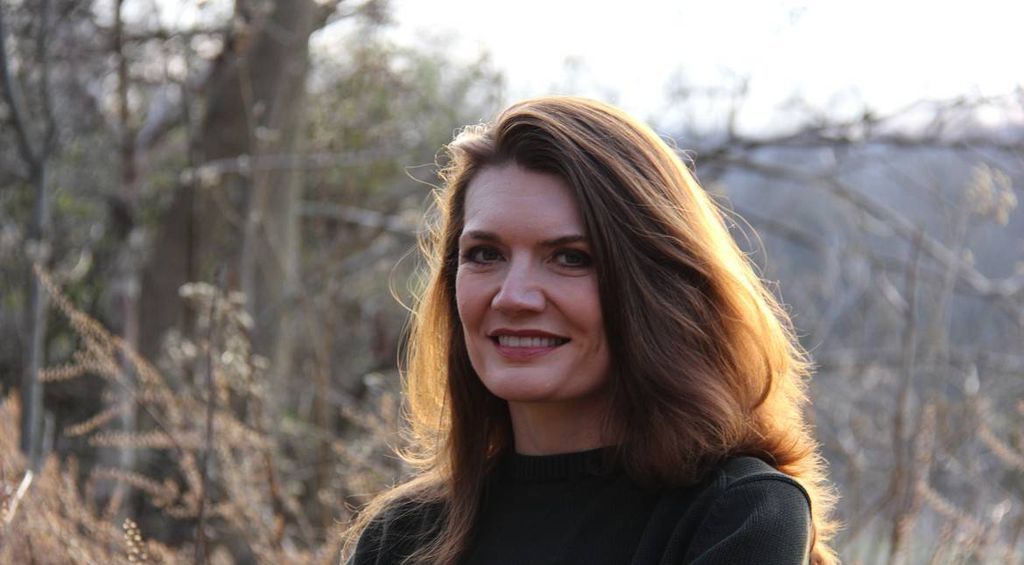 I recently had the immense pleasure of speaking to Jeannette Walls. A slight hint of a Southern twang, a ready laugh, and a warm demeanor, Walls is everything you’d want the protagonist of The Glass Castle to be. Within the words of this successful 57 year old woman, you can sense that neglected child with a hero worship of her flawed father and the fierce loyalty of a protector to her siblings.

I was glad to learn that Walls agreed with me on the ultimate outcome of the journey from page to screen: “I think they did a spectacular job and I’m just over the moon about it.”

Since she originally wrote the story of her family, we have started a national conversation surrounding poverty and addiction within Southern rural, white populations. West Virginia especially, has received a lot of attention regarding the demise of the coal industry and the uptick of the opioid epidemic.  How does she think that books such as Hillbilly Elegy and White Trash speak to the experience of living in those circumstances?

“You know each person has a different story and I think it’s really problematic when you start talking about putting people in pigeonholes. I mean, I think it’s very useful in terms of sorting out the chaos of the world. But you can take one neighborhood in 93 Little Hobart St. Welch, West Virginia and there are ten families who live there and there are ten different stories.  And I think that’s what we have in our stories. Each story is unique. And I know that there’s been some bruised feelings in West Virginia- ‘we’re not all like the Walls family!’  Well, I never said you were. We were uniquely challenged. We could’ve been born in Monaco. We could’ve been born in Paris. It didn’t matter. It wasn’t some sort of socioeconomic thing with us… it was Rex Walls!”

Ultimately, it seems like Jeannette Walls believes that storytelling and the empathy it creates might be exactly what stops us from “othering” the people these books are supposed to educate us on.

“That’s why I love storytelling.  And I appreciate people trying to get at it, to understand Appalachia. It’s funny. After my sister wrestled with mental illness, I started reading a lot of books on mental illness. Readers, who are actually so much smarter than I am, kept on saying ‘I think your father was bipolar’. And at first, I really resisted the idea… ‘no, Dad was just a drunk’. And then I started reading a lot about mental illness and bipolar disorder and I realized they were probably right. The more books that I read, the more I believe we just don’t understand anything. But the books that were most illuminating were the memoirs. Not the books written by the scientists or the psychologists; it was the people who had gone through it. So that’s why I’m such a big fan of storytelling. I think the most important thing is empathy. And it’s less about ‘those people’. Because I think we’re all ‘those people’.” 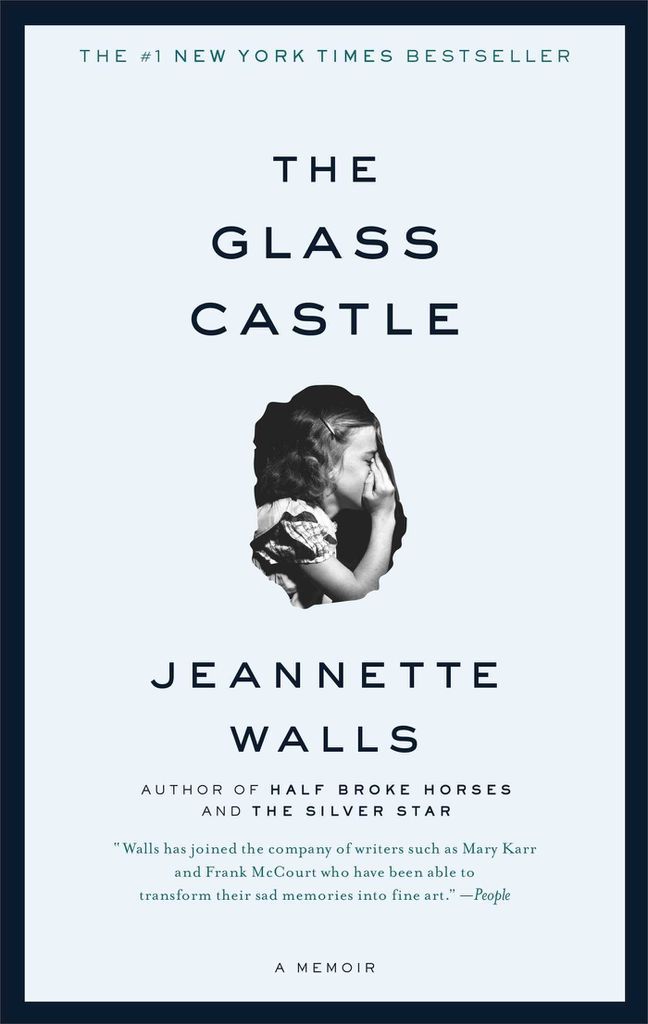 She’s experienced a surge in people (even young children) looking to learn more about people outside of their own scope of experience and is heartened by the way even pop culture has spoken to this need to connect.

“My book was challenged. It was actually taken off the reading list in a very upscale school in a Dallas suburb. And one of the teachers there felt it was too upsetting and challenging to the very affluent students. And the other teachers, the parents and, God bless them, the students, said ‘we need to hear stories like this. We need to know that people exist in circumstances like this’. I went and spoke at the school and afterwards, a couple of the kids came to me and they shared their stories. Because us poor people have not cornered the market on suffering and there were people with parents who have pill addictions or someone who was very affluent but lost the position. So people have challenges. So I think that that’s what storytelling is about.

I am stunned by the way America has just become so much more accepting. Even in the last 12 years. I mean, it’s mind boggling that we’re now having arguments about whether transgender people can be in the military. It’s so wonderful! You know, people like to bash reality shows and memoirs and all of this, but I think it’s wonderful. I think it’s all about embracing and accepting and realizing that we are ‘others’. We are all ‘them’.”

With the large gap between the publication of the book and it’s release in theaters on Friday August 11, 2017, I was curious as to what she thinks may have changed about herself that may impact the lens through which she views her story. What would have been softened by time? What would have  been brought into sharper focus? And surprisingly the answer is… not much.

“I don’t know if I can answer because I’m such a different person now. I was completely prepared to be rejected and held in contempt and being as accepted as I am, it’s almost like I went through the catharsis by writing the book and having people embrace it and me. And I have a very different relationship with my mother now. I live in Virginia, I built a house for her… she’s a hoot and a half. I don’t need her to take care of me anymore. I’m okay and I can’t answer intelligently without sitting down and trying to start writing the entire story again.”

Here she pauses to gain her husband’s insight. I hear her laugh as she acknowledges that yes, he’s right… not much would have changed.

What is that thing that connects us all in storytelling? What causes a group of wealthy students in Dallas to demand to hear Walls’ story?

“There is a study that in primitive societies (I hate to use that term but that’s what sociologists use), during the day there was the hunting and the gathering and then in the evening, people gathered around the campfire and they described the day’s activity. And they’d talk about how they got away from the wild beast or where they found the berries and got through the thorns or whatever… and that’s where storytelling began. So it’s basically how I survived, what I did. And we share these stories to give each other knowledge, to get through tough circumstances . Even with romances, in a way, they’re survival stories. How you found a mate. Everything is ‘this is how I got through’ and whether it’s fiction or non-fiction, we share our knowledge. And we make bonds if we’re lucky. And we understand others better and, if we’re lucky, we understand ourselves better.” 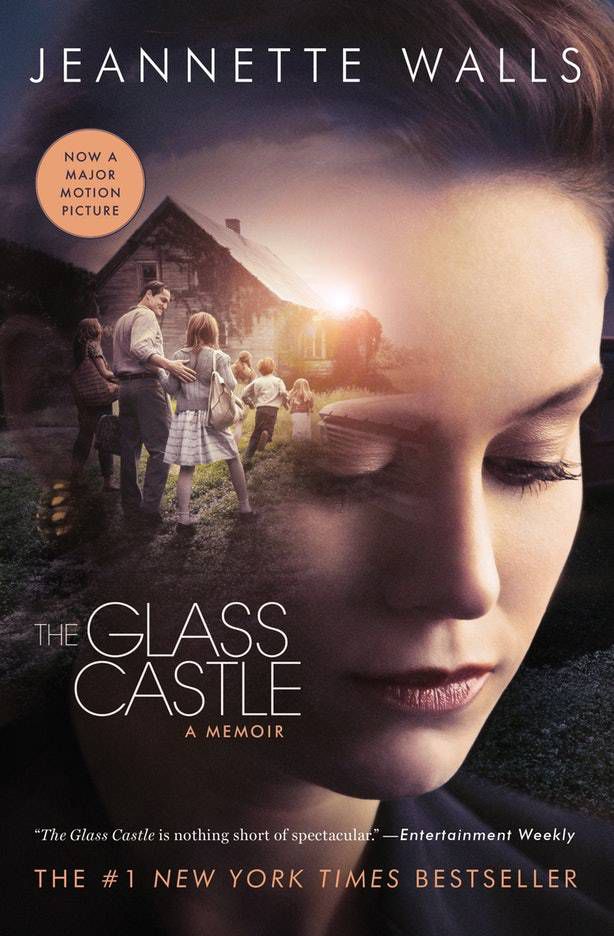 Jeannette Walls had an incredible experience in witnessing the film adaptation of her memoir The Glass Castle come to life. It’s been over a decade since she put herself out there and placed her family’s secrets up for public judgment and debate. But it doesn’t sound like she regrets the jump she made all those years ago when she started to attempt to distill the manic joy and dark past of the man who once gifted her Venus onto paper.

“That’s why I think it’s important to tell your stories and I think so often people do stereotype… not only others, but ourselves. And I think when you tell your story, it encourages other people to share what you have in common. And that’s kind of the magic of storytelling- in that you make these emotional connections with people who seem to have entirely different circumstances. The details of our lives are very different but you and I have a lot in common. It just warms the cockles of my cold heart because there are so many people with stories out there.