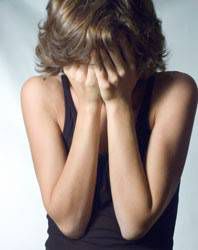 Try asking an adult who wanders into our Young Adult section if you can help them find something, and most of the time you get an awkward shrug or a nervous laugh, followed by an “oh, no, I just like reading this stuff…I know they’re (insert demeaning adjective), but I can’t help it!” People buying Fifty Shades of Grey also show oddly high signs of shame or embarrassment- they come in, grab it, don’t browse, and always, always ask for a bag.

Since I started observing the phenomenon of Caring What Strangers In A Store Think About What You Read, I’ve noticed something else- it’s not as common among male readers. I don’t see a lot of men buying Fifty Shades (or any of the erotica we carry), and rarely do they venture into the YA section unless accompanied by a teenager. However, if you take the (shallow, generalized, snooty, largely inaccurate) criticisms commonly leveled at YA or romance genres–that they’re simplistic, that they’re gender-based fantasy fulfillment, that they’re plot-heavy and poorly written–couldn’t they also be leveled (correctly or not) at various John Grisham or Robert Ludlum novels?

When it comes down to it, women seem to show more reading shame about reading specific genres. Men either a) also read those genres but don’t buy them or read them in public (with a few exceptions), or b) aren’t shamed about what they read as much as women are. I suspect it’s the latter. Basically, if men read “unliterary” but stereotypically masculine genres, it’s fine. If women read “unliterary” but stereotypically feminine genres, it’s deserving of a brown paper bag in the form of increased e-reader sales so you can read in public in peace.

So what gives? Let’s assume gender-skewed reading shaming is a thing*. Leftover Victorian prudishness is probably an easy explanation for why readers of Fifty Shades act so shyly (after all, this is the South and there are plenty of pearl clutchers ‘round here), despite the fact that the sales indicate that more women you know are reading it than aren’t. Which raises the question- if everyone is reading it, why is everyone ashamed about it? When women gather in hushed circles to talk about it, doesn’t anyone notice that the hushed circle is now a loud circle of everyone on the block? There’s no one left to judge you.

But then there’s the more modern version of reader shaming: snobs. Those who not only don’t read YA or romance, but have to make people who do feel badly about it. But are these literary-only types making “people” feel badly about it, or just women? True, I’ve read Harold Bloom’s criticisms of Stephen King, but I’ve read hundreds more articles and blog posts and had dozens more conversations concerning the criticism of YA readers and romance readers and Stephenie Meyer, et al.

Simple explanation: more women read YA and romance, more women blog about books than men; therefore, there are more women criticizing other women. Perhaps. But the women who walk into my bookstore aren’t necessarily bloggers or readers of book blogs. They’re just buying books. So who is responsible for their embarrassment? And again, why don’t male genre readers feel the same way when they buy James Patterson’s newest thingamajig? Is the “men don’t read” falsity so ingrained in us that we let anyone male read anything without comment (but women are more literary, so there are higher standards)? Why are genres associated with femininity considered so unliterary that readers wandering in a bookstore shy away from them, while genres associated with masculinity are totally acceptable?

I don’t have any answers. Maybe I’m just imagining things, maybe it’s because the store where I work is in the South, maybe I just work weird shifts when the Puritans congregate on our street. Or maybe “feminine” things are still so undervalued in society that even something as lofty as a book is tainted when it’s girly.

*I did a completely unscientific thing and asked my male Twitter followers if they had ever experienced embarrassment when purchasing a specific book or genre. I only got a few answers, but all of them were simple: “no.”