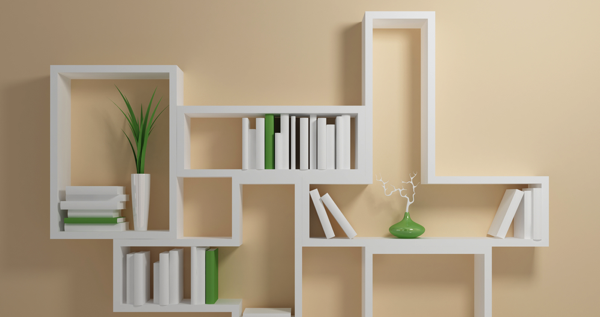 I am not very “good” at being a “woman.” I am twenty-six years old and have never learned how to apply eye shadow or braid my own hair. I don’t experience any profound longing to bear a child. I did get married, like a good WASP, in the white dress and heels and jewelry, standing before a reverend and toasting with champagne I would pretend to drink, and while I adore my spouse and treasure those memories, I sometimes feel as though a different me from a distant world appears corseted and pristine in my photo album.

I’ve always been this way. As a kid I loved Barbies and horses, but I also loved dinosaurs and Yu-Gi-Oh! cards and the early-2000s TV show Battlebots. When grade-school friends wanted to do my hair or paint my nails, I let them, nervously and passively, like a poodle standing still as the groomer shaved it into an awkward shape. It wasn’t the fact that other girls did these things but the fact that my interest and participation were assumed that made me uncomfortable and lonely.

This isn’t gender dysphoria; I never, at any point, wanted to not be a girl. Boys were just as alienating – they seemed to place disproportionate emphasis on how far you could throw a football, and I had a vague sense that superhero stories were all about punching your way through problems. Worse, they thought girls were weak.

So when I started reading comics, I skipped the supes and devoured reams of action-adventure manga. Recommendations and gifts eventually steered me into Western comics, first mainstream, then indie. Over the years I’ve amassed a graphic novel collection that overflows the bookshelf at the foot of my bed. And recently I wondered: What do people see when they look at my bookshelf? Would they guess that I’m an adult woman?

As a representation of my interests, my graphic novel bookshelf has some serious flaws:

However, I predominately read comics in print, and I tend to purchase series that I really love and sell or donate ones that don’t hold up, so it’s safe to say that every book on my shelf is part of me.

If I were only a fan of Big Two American comics, I wouldn’t find the immense discrepancy surprising. Superhero books have been relentlessly gendered masculine for decades. America’s thriving, gender-diverse comics culture was all but destroyed in the 1950s, partly due to competition from television and partly due to a voluntary code of self-censorship that made it difficult to depict complex adult subjects. Surviving magazines tended to be kid-friendly and adaptation-ready – and almost universally had male protagonists. The 1970s saw the rise of specialized comics retailers, which provided more shelf space than newsstands but also cultivated an insular, male-dominated comics culture.

However, 219 of the books on my shelf – 89% – are manga, dispatches from a country with a very different comics readership and culture. Not everyone in Japan reads comics, and most comics are still considered juvenile and disposable, but simply being a comics fan is not a gendered hobby. Newsstands near commuter trains still sell huge stacks of comics for schoolchildren (and businesspeople) to read on their way to school (or work).

But just like American comics, manga intended for men and boys have greater crossover appeal than manga intended for girls and women. Some readership surveys have suggested that juggernaut boys’ manga magazine Shonen Jump, whose books sell well in both Japan and America, has a 50/50 male/female readership. On the flip side, girls’ manga magazine LaLa has a readership that is over 90% female. (I’ll admit I have difficulty finding the most recent statistics because I can’t read Japanese.)

I knew from the start that my comics would read as majority masculine, but I didn’t anticipate how uncomfortable the gender imbalance would make me. It speaks to both a broader societal problem – the cross-cultural assumption that stories for women are about limited subjects – and a very personal one. At some point I had begun to avoid “feminine” activities and objects, as though reading romance novels or learning to cross-stitch were betrayals of my identity. I had fed in myself the very judgments I was trying to challenge in other people.