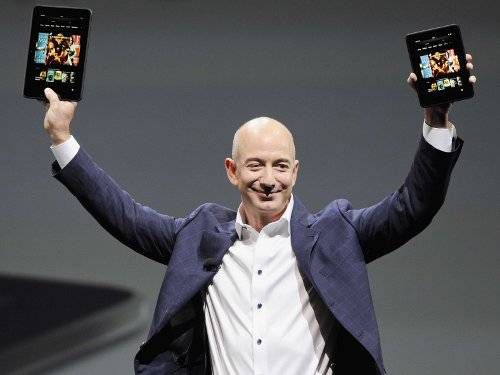 I recently got a Spotify account, and right away I realized that I would never buy music again. And then I got the shivers, and realized that soon this would also be true of books.

Spotify is a music service where you can listen to pretty much all the music that’s out there (“pretty much” being the key phrase there) for a fee. I used to be a big buyer of music. My shelves were stocked with CDs and I’d listen to them while looking over the liner notes, admiring the artwork. Those days are gone. Now, whenever I want an album, I buy it online and download it (I’ve never been much of a pirate), thus freeing up shelf space for my books. But just two weeks ago, even that changed.

I was on a trip, and we had a computer hooked up to some speakers. We’d take turns going through the music on the computer, choosing what to listen to next from the music on the hard drive, sporadically lamenting the lack of a song we wanted to hear.

Then a teenager entered the party and looked at us like we were cave men. He turned on his smartphone, connected it to the speakers and streamed whatever we wanted to hear.

You see, teenagers, the generation now growing up that never knew life without constant internet access, find the idea of owning music ridiculous. Why would you own something that’s just out there for us to listen to any time we want, either on YouTube or through services like Spotify or Pandora?

I predict a resurgence of libraries, or at least a service that resembles them, and a great decline in actual physical books bought. This will be a subscription service, much like Spotify. As a member, you will have access to a great number of new books, and of course all books that are out of copyright. My main problem with digital music was that I had to import everything to any new device I acquired; whether it was a new iPod or a new computer (yes, this is a first world problem, but the point stands). The Kindle app makes this irrelevant, but is a good example. To what extent do I actually own the books on my Kindle? Wouldn’t it be easier to just have access to the books I wanted, instead of this faux-ownership?

The future of book “ownership”?

Ask the teenagers around you about the music on their phone. Do they own a collection of music, or do they simply have access to it via an app or just through YouTube? Their behavior is the new normal. I may not agree with it, as I really like holding an actual book in my hands and enjoy lending them to friends. But those days may soon be over.

I predict that this will lead to more books being read, not less. Fewer books will be sold, no doubt, but more will be read. Every kid in the world, or just about, has access to a smartphone. Not nearly as many have access to a Kindle (and yes, the Kindle will go the way of the camera and the walkman). Here’s a chart to prove my point. 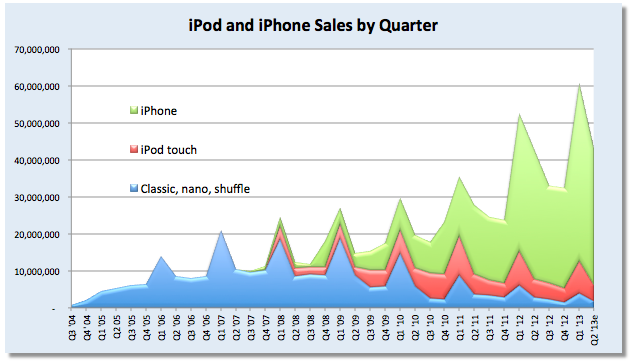 The iPod peaked in 2009 and has been in steady decline since, mostly due to the rise in smartphone sales. I don’t even know where my own iPod is, but my smartphone is within reach as I type this and yes, it has a Kindle app. I’m not particularly fond of reading on my smartphone as it has a relatively small screen (I have a second-hand phone that teenagers laugh at), but screens are getting bigger and easier to read from.

The winner will be the first service to offer books from all major publishers available to stream to a device for a low subscription rate, possibly at around $9.99 or lower. For this you can read any of the newest books and all the self-published stuff. My guess is that amazon will roll out its lending library, currently available to Prime members, to all amazon.com users. Prime costs $79 per year, or $6.58 per month.

Will Bezos be King of the books?

That’s the future right there. I am not predicting the death of the book, but the rebirth of reading. Thoughts?