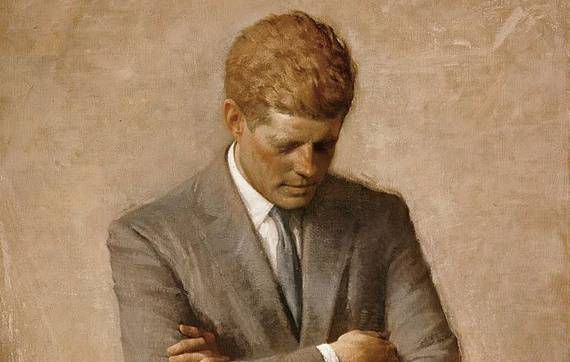 It would be completely on brand for me to be obsessed with the Kennedys. I’m fascinated by the Cold War and by the American presidency. I’m partial to good-looking men, too, especially those with left-leaning views and mysterious and fascinating histories. If People Magazine is any kind of indicator, half of Americans are still starved for any scrap of information about the dynasty. I haven’t joined them in the hunger. And yet, I bump into the Kennedys everywhere.

Admittedly, I live in DC, where it’s impossible to avoid the name even if I wanted to. The books I review at the magazine where I intern include seemingly endless rehashes of the events of November 22nd, 1963. One of the political podcasts which helps me stay up to date on the main conversation topic in my adopted town likes to play the “vote for Kennedy” jingle – so charmingly redolent of ages past. (I almost said “innocent ages”, but then I remembered we were talking about the ’60s.) If you asked me – as people sometimes do in this city – who my political crush was, I’d say, without hesitation, Joe Kennedy III. And in DC, we talk about the Kennedys even when we aren’t talking about them: I can’t get enough of ballet and theatre and concerts at the Kennedy Center – or, to give it its full name, the John F. Kennedy Memorial Center for the Performing Arts.

But then, there’s books. The Kennedys keep surprising me with the frequency of their presence there, too – and not just in non-fiction about the art of speeches or the American political history where you would, of course, expect it.

My flatmate tells me there is nothing particularly noteworthy about this. They’re American royalty, she says, which makes complete sense, but in the UK our own royalty don’t seem to pop up, whether as subjects or passing references, in nearly as many books. Or, I don’t know. Maybe I’m not looking for it? Maybe my eyes just pass over it and I don’t even register it. 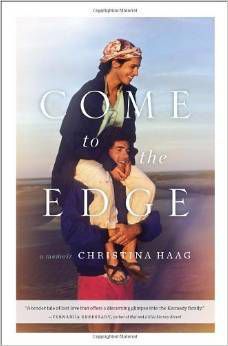 My love of the memoir Come to the Edge – by Christina Haag, who was John’s girlfriend for five years – is well documented by now, and it could have sent me down the Kennedy rabbit hole. But – perhaps somewhat oddly – it didn’t. I haven’t yet read Jackie As Editor or What Remains and don’t plan to go anywhere near the gossipy, slightly distasteful, even salacious tell-all memoirs about the family.  And yet – there they are, the Kennedys, in all kinds of books I would never have expected:

“It was a little more than a year into my training with erstwhile principal training André Eglevsky – he of Balanchine’s American Ballet Theatre, and, incidentally, the man who conducted private lessons for Caroline Kennedy and her friends,” Lauren Kessler writes in her ballet memoir, Raising The Barre. I didn’t see that one coming.

Or I’ll be taking an acting class – making up in some small way for having been made to take a terrible History instead of Drama at high school (insert wistful pause to silently mourn the Oscar-winning life that could have been, though that History class did introduce me to JFK via the Cuban Missile Crisis). And I’ll be reading the play – Rabbit Hole – in preparation, and suddenly the characters will go off on a tangent about the many Kennedy tragedies.

Or I’ll be reading Allison Winn Scotch’s latest novel – In Twenty Years is the story of a group of college friends reuniting – and there they’ll be: in a flashback to the ’90s, two of the characters discuss their jealousy of John Kennedy’s girlfriend.

The narrator of Jennifer Close’s The Hopefuls, out July 19th and a great read, also compares one of its families to the Kennedys  – though it should probably be no surprise that they would come up in the context of a political novel, and I have been drawn to those for years.

What does all this mean? The truth is, I’m not sure. This post has been sitting in my drafts for weeks, while I awaited a Deep Revelation of some kind. Almost certainly, when it comes to the Kennedys, books, and me, something like the Baader Meinhof phenomenon is at play. It’s probably just coincidence. Isn’t it?