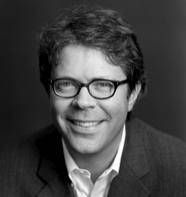 I perk up big time when I see a Jonathan Franzen blurb on the front cover of a book.

And let’s be real, if Franzen blurbs a book, that blurb is basically ALWAYS going to be on the front cover.

Part of what convinced me to buy Where’d You Go Bernadette by Maria Semple this past August was seeing Franzen’s “I tore through this book with heedless pleasure” in the upper lefthand corner of the book’s cover. It’s hard to imagine National Book Award-winning, Pulitzer short-lister, TIME-magazine dubbed “Great American Novelist” Franzen, whose public persona skews heavily misanthropic, taking pleasure in much, particularly pleasure of the heedless variety. That was enough to get me to purchase the novel, and I tore through it with heedless pleasure too.

Then again, this past week, I bought Jami Attenberg’s novel The Middlesteins in part because of Franzen’s recommendation: “The Middlesteins had me from its first pages, but it wasn’t until its final pages that I fully appreciated the range of Attenberg’s sympathy and the artistry of her storytelling.”

On the back cover of The Middlesteins, there was a host of other blurbs that pushed me towards the cash register of my local bookstore. One of my literary heroes Kate Christensen deemed the novel “Stunningly wonderful.” Another literary hero Lauren Groff stated “The Middlesteins will blow you away.” A Groff and Christensen blurb? See you later, $24.99.

The blurbs from Groff and Christensen mean just as much (probably a little bit more) to me personally than Franzen’s words. But there’s no getting past the flash and sizzle of a Franzen blurb. He’s the TIME Magazine cover author. He’s had two consecutive books picked for Oprah’s Book Club (2001’s The Corrections and 2010’s Freedom) EVEN THOUGH he pissed Oprah off the first time around by publicly moping on NPR’s Fresh Air about the sticker on the cover dissuading men from reading the book. Obama read Freedom on his vacation time. If that’s not literary flash, I don’t know what is.

In sharp contrast to the larger-than-life shadow Franzen casts across the contemporary American literary landscape (What should we call this phenomenon? Frazzle-Dazzle?) Franzen keeps a fairly low-pro in the book blurbing world. Where’d You Go, Bernadette and The Middlesteins were the only books I could find that he had blurbed in 2012 (in 2011, he graced the covers of Chad Harbach’s splashy debut novel The Art of Fielding and Joshua Cody’s slim-and-met-with-mixed-reviews memoir  [sic]). Before that, the only blurbs I can find of Franzen’s are from 2002, the year after his first novel The Corrections came out.

As far as I can Google, Franzen doesn’t appear to share agents or editors in common with the authors he’s hyped. This is, of course, the common publishing industry practice. I also could not find evidence of him being close, personal friends with the authors he’s blurbed, another common publishing industry practice. It looks like Franzens blurbing the books he blurbs…because he likes them. Lots of authors blurb books because they like them–that’s not breaking news. But it is notable that Franzen has used his clout to support two authors who are by no means debuting or emerging (Maria Semple has another novel and several TV credits under her belt, Jami Attenberg has two novels and a collection of interconnected short stories), but nevertheless have crazy-benefitted from the support of his brand with their respective 2012 breakthrough novels.

What about you guys? When you see a Franzen blurb do you perk up, run the other way, something in between? And, more importantly, which author is YOUR Blurb Kryptonite?