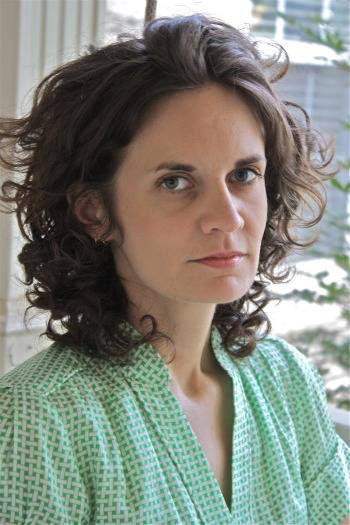 Each week Panelteers Chris and Ali sit down and chat about the CW’s newest superhero series, The Flash! Blogging about the supernatural may not pay much, but we can still grab a cup o’ joe from Jitters and chat with you about the show. There will be spoilers, sweeties.

Ali: It is so great to be back this week. But, Chris, I gotta admit that I’ve got chills. They’re multiplying, from the power this episode was supplying. It’s ELECTRIFYING. (I’m not sorry.)

Chris: There is zero reason to be sorry. You missed last week so you’ve gotta make up lost time.

Ali: I know this show has a formula. And I know that they lean on that formula so heavily they may as well be a tower in Pisa. But these openers where Barry does something adorably Flashy? I need them in my life, Chris. I could watch them single everyday and still be gushing over Gustin.

Chris: I feel ya. The cold open where a hero stops a minor crime is one of my favorite tropes in superhero comics. I know it’s been ground into the dirt after years of overuse, but I think it’s a perfect little way to pull the audience into your corner. You get a little snapshot of you hero being a hero in a situation where the stakes aren’t super intense. They tend to be pretty fun on the Flash. I liked this week’s a lot. That cop had the weirdest day of his life. Barry dealing with the mugger coupled with him saving that poor barista’s butt was kind of exactly what I was hoping we’d get from this show. The Flash has been situated as a blue collar, everyman hero for a long time. Good way to update that while keeping the tone.

Ali: I was a bit bummed I had to wait so long for my coffee this morning. Barry Allen should be everyone’s coffee fairy. I think another thing I like about the low-stakes, fun hero open is so many shows, procedurals in particular, start with the crime or the bad stuff that’s going to cause trouble this episode. I like being welcomed back each week with a giggle instead of an uh-oh.

Chris: It was also a nice inversion of the “You really don’t wanna do this,” type thing we normally get from tough guy heroes. Barry giggling his way through a mugging was kind of a delight.

Ali: Any other show and it would have been a gruff and grumbled, “you picked the wrong guy to mess with.” Oh, Barry. You charmer you.

Ali: I feel like we got even more Wells and his secret Lexus Nexus chamber than usual this episode. And there were definitely moments when he was letting his creepy show; like telling Cisco that the Flash is his greatest invention, and telling Barry that he will sacrifice other people’s lives to keep him safe.

Chris: Putting aside what the audience knows about Wells’ shadiness, I kind of can’t understand where Barry’s coming from. Yeah we know he’s up to some shenanigans behind the scenes, but Barry keeps saying “You don’t care about people… you just want to like, cure disease and stuff.” That just seems wrong. Doesn’t it? If he had said something like “You just want to help people so that people stop hating you and blaming this entire disaster on you,” then sure, I could follow Barry’s logic.

Ali: You’re right! I think I’ve taken that for granted too. That we see Wells as a ruthless protector, but Barry doesn’t really have reason to. And while I think Wells was a bit more overt this episode, we did have the added bonus of his Doogie Howser-style journal narration. I don’t know. Wells is such a complex character and we really only get shallow glimpses of what’s below the surface.

Chris: I’m more confused than I ever have been after this episode. So far, I’d been of the persuasion that Wells was trying to prevent the Crisis from happening by making sure Barry became the right kind of hero or at least trying to make it so that The Flash wasn’t missing during the Crisis. Apparently though, Barry not having his powers means the Crisis doesn’t happen so what now? But it is Barry’s fault the postal service shuts down, so that’s also a crisis worth worrying about.

Chris: This is better than my Rip Hunter and Vandal Savage theories combined.

Ali: It’s a stretch for sure, but it makes more sense as to why Wells is so hard pressed to keep Barry on course to become the Flash. BUT he’s always pushing Barry to push his power further and faster. Which makes me think Wells needs/wants to tap into the Speed Force. I don’t know. For a guy who did a lot of monologueing this episode, we still have a lot of questions about his motives.

Chris: But he also doesn’t want Barry to have his powers, I guess. It kind of shifts on the scene. Not to jump all the way to the end (I’m about to) but he takes Blackout’s DNA so he can figure out how to take Barry’s speed away in a scene that needed no dialogue because I’m pretty sure everyone could figure out what was going on without Wells narrating it. I don’t even know anymore.

Ali: After the biography thing, I think maybe Wells just likes to hear himself talk. But speaking about the end of the episode, should we talk about Barry’s “performance issues”? She says as she falls over giggling.

Chris: Ali. This show… I mean, I know it’s on the CW but it is setting new records for hilariously unintentional subtext in a superhero show.

It happens to a lot of guys.

Ali: I’m convinced it’s not unintentional. I mean, they HAVE TO KNOW how all this sounds. Barry and his lady love are on the outs and now he can’t get it up. Although I was really expecting Caitlyn to say “It’s ok, Barry. It happens so a lot of meta humans.”

Chris: Ali, she says he choked on it.

Ali: THATS WHAT SHE SAID!!! *falls over in fit of giggles*

Chris: The exact notes I took were “‘You finally stopped thinking about your powers and just connected to them.’ Yup. Definitely sex stuff. ‘It’s like he choked on you.’ okay we’re not even trying now.”

Ali: And that’s when I did a spit-take reading your notes. ANYWAY. Do we want to talk about Clock King since he’s connected to Arrow (and the other part of the episode).

Chris: Has there been a different Clock King than the dude in the Suicide Squad episode, because I just thought they tracked down a dude who used to play Jack Sparrow at Disneyland and handed him a book of puns.

Ali: AHAHAHAHA!! I don’t think he was remotely this punny on Arrow. I think they made him more Flashy for this. He was kind of Adam West Batman levels of camping. AND I LOVED IT.

Chris: Dude was going full on Batman ‘66. Although I may have thought he didn’t really fit in the episode, I did really get a kick out of Joe being all, “Yeah, I own the same book of Great Quotes by Great Men as you do. Iris got it for me for my birthday.”

Chris: I’m not the only one who hopes Joe just rolls through Central City PD knocking stuff off of tables all day just to mess with Barry, am I?

Ali: As long as he doesn’t break anymore of Barry’s favorite mugs.

Chris: Yeah. Kind of a dick move on his part. So uh… more dead metahumans.

Ali: Uuuuugh. More dead metahumans. It’s like, we didn’t kill one last week so we have to kill two this week. For a show where the hero doesn’t kill people, there is a freakishly high body count and there’s really no reason for it. They had this problem on Arrow, but it was Ollie doing the killing, so it was fixable. But man, I do NOT want to be a metahuman in Central City.

Chris: Also confused why Wells felt the need to put a corpse in a body bag in a hyper locked down cell. I guess he’s just very, very thorough.

Ali: Maybe he’s afraid of residual electricity that will reanimate the body? Like Frankenstein!

Chris: Dang, if we get DC comics version of Frankenstein on this show and he’s like, riding around on a motorcycle with the right arm of the Archangel Michael, I will be so, so, so, so happy.

Ali: Chris, they need to let us just write for the show. Anyways. Lightning Round?

Chris: Lightning Round. Speaking of which, I’d be really cool if we never go back to the well of “Let’s fix The Flash by hitting him with more lightning,” because I can never not think about one of the most unintentionally hilarious things that’s ever happened in comics.

Chris: I was totally caught off guard by that one. Sadly, I think he’s dead. On another weird note, it’s like we’re psychic or something because we finally got to see Barry’s apartment! He has a living space. A domicile. A place to keep his stuff!

Ali: I knew he lived somewhere!! Iris taking out ANOTHER bad guy and telling the Flash “Girl’s gotta be her own hero every now and again” was probably my favorite thing.

Chris: At this point, Iris’ track record has me thinking that the Crisis will be averted by her using Blackout’s power to steal Barry’s speed and then wrap everything up while all the dude’s are twiddling their thumbs or sweatily teaching each other to box.

Ali: I’d watch that show! Speaking on shows, I think Cisco must’ve watched How I Met Your Mother. Because him explaining the yips to Barry was priceless.

Chris: My thoughts exactly. I have a feeling Cisco might be one of the few people in the world that watches more TV than we do.

Ali: I wonder if we can get him to do the recaps with us.