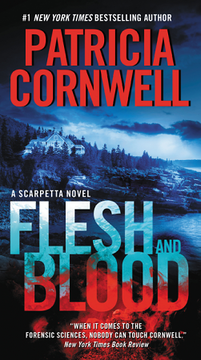 As someone who typically gravitates towards Marvel over DC, it took me longer than most to find my thing at DC. While I was familiar with mainstay books such as The Dark Knight Returns, Year One and All-Star Superman, I felt the need to dig a little deeper. Don’t get me wrong, I love those books. They’re full of great stuff, but I was confident that there were books out there that would hit a little harder for me. Luckily, I was right.

I feel the need to preface this list by saying that making a “best of” list is always a difficult task. There’s the lingering questions of whether it should be subjective or objective? Should it include obvious choices? Is it a matter of craft or substance? The list goes on. In any event, here is MY list of the top 5 best graphic novels from DC.

5. Catwoman Vol. 1: Trial of the Catwoman by Darwyn Cooke and Ed Brubaker

Before reading this, I wasn’t especially familiar with Catwoman aside from her appearances as a side character in the bat books. I was recommended this book by a friend after I was gushing about how much I love Darwyn Cooke. This thing seriously blew me away. It’s essentially a crime fiction comic more than it’s a superhero book. If you’re a fan of books like Criminal or the Parker adaptations, this is for you.

As previously mentioned, I really love Darwyn Cooke, so it’s not much of a surprise to see this pick on my list. I’ve tried time and time again to dig into Justice League books but because I’m not much of a DC reader, I get bogged down with the weight of continuity and give up. This book cured that issue for me. It lays out the essentials of the core members of the Justice League without the need for much context. And, as with all of Cooke’s work, it looks absolutely gorgeous. I’d be hard pressed to think of another book that’s a better introduction to the DCU.

Mike Grell’s gritty take on Green Arrow is similar in feel to Batman Year One. This dark crime story stands out so much to me because it took a character that I previously viewed as “silly” and made him click for me. This book is absolutely beautiful and looks different from its contemporaries as well. It’s painterly as opposed to the house-style feel of DC at the time that it was released. While this book contains a scene that is extremely violent and horrible, it’s hard for me to deny that it’s one of the greats.

2. The Question Vol. 1 by Dennis O’Neil and Denys Cowan

A comic featuring a street level vigilante chock full of eastern philosophy and martial arts makes this an easy pick for my number 2. It’s something familiar, but with a twist. This is the comic that made me REALLY appreciate a good action sequence. Capes comics often lose me during big fights with confusing panel layouts and cringe-worthy banter. Here, O’Neil and Cowan  use space and silence to their advantage on a level that I hadn’t seen before reading this. Unfortunately, this edition seems to be out of print but the single issues are definitely work tracking down. Otherwise, keep your fingers crossed for a reprint!

Like The Longbow Hunters, this book was DC’s attempt to do a Year One style gritty reboot and re-conceptualization. Frankly, I think this book did it best. Hawkworld took a character that I knew literally nothing about and made him the most interesting character in the DCU to me. Class-ism, political unrest, police power, morality are just a few of the many heavy issues that are tackled in this 3 issue miniseries. I can’t imagine reading this book in a passive way without engaging with the serious issues it points out. Plus, it looks pretty as hell. This is, hands down, my favorite DC book of all time.

Which DC graphic novels would have made your list? Let me know in the comments!