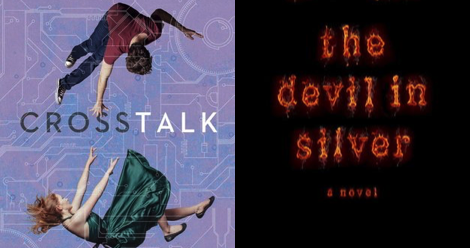 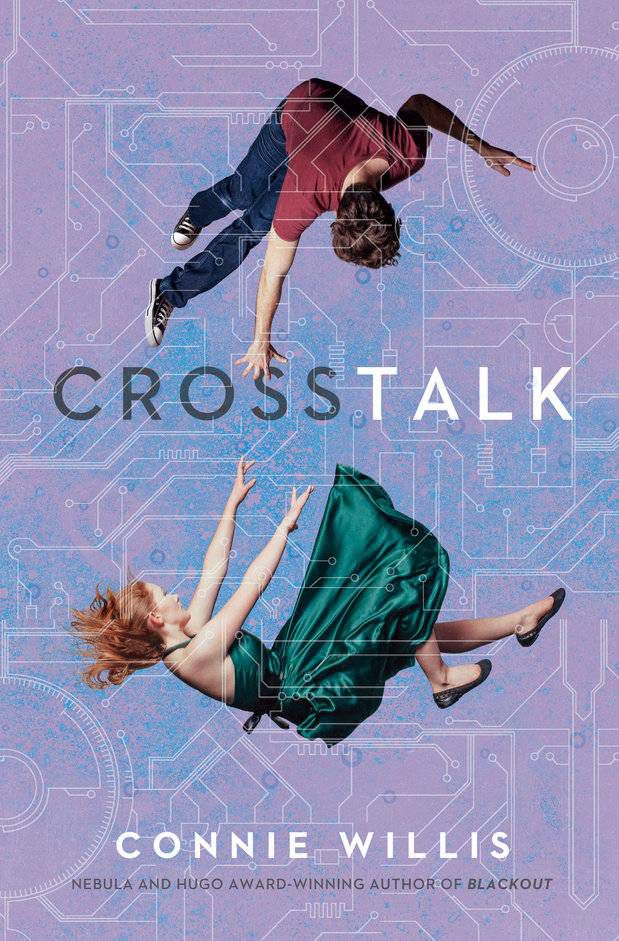 I sometimes think I lack the ability to read comedy. There are so many books that people find hilarious that I end up finding unrealistic or over-the-top (which I guess they’re supposed to be) or just boring with the relentless jokes with little story in between. Case in point: My recent experience reading Connie Willis’ Crosstalk.

Now Connie Willis is an author whose comedy I’ve gotten in the past. Both To Say Nothing of the Dog and Bellwether are absolutely hilarious. And my understanding is that Crosstalk was in that vein (rather than being like the amazing but unbearably sad Doomsday Book). Instead, I ended up with one of my more stressful reading experiences in recent memory.

Briddey Flannigan, the main character in Crosstalk works at a technology company and has a boisterous tight-knit family. And she is never given a moment’s peace. She is constantly bombarded with texts, phone calls, and impromptu visits. It’s meant, I believe to come across as madcap and silly, but I found it horrifying and unpleasant and hard to read. And it got me thinking about how the exaggeration and over-the-topness that makes a comedy move is close to what makes horror work. You put people in situations that seem plausible and ramp the pressure up to eleven.

With movies, there are often musical cues and filming styles that let us know what the filmmaker is up to. Think of those movie trailers that use music and narration to change a film’s genre.

With books, the tone is harder to pick up on. We don’t have visual and auditory clues. Instead, we have to follow the story to see where it goes.

In the case of Crosstalk, the story could have turned into one of a woman who snaps under pressure, or the brain-altering procedure that the plot turns on could have actually driven her into a madness she couldn’t recover from. But, as the book goes on, the tension eases up, and the romantic plot becomes more central. But it wouldn’t have taken a lot of tweaks to turn it into something much darker.

The line can go the other way, too. Shortly after I read Crosstalk, I read Victor LaValle’s more straight-forwardly scary The Devil in Silver. It’s a book about a man who’s taken to a mental hospital because the paperwork to arrest him is too complicated. Turns out, there’s a buffalo-headed monster living on the second floor. It’s meant to be disturbing, but there are moments that could be read as comedy.

There’s one scene where the staff  tries to figure out how to input patient records into computer software meant for banks. It felt like something out of a comic satire. And, indeed, The Devil in Silver has some satirical elements throughout. There’s even a chapter narrated by a rat. The overall tone, however, is one of dread and unease. But it’s dread built on a situation that could be tweaked into comedy about a group of misfits finding comfort and camaraderie in a bad situation. And the monster on the second floor may just have needed a friend, like the Amity Island shark from the classic Disney film.