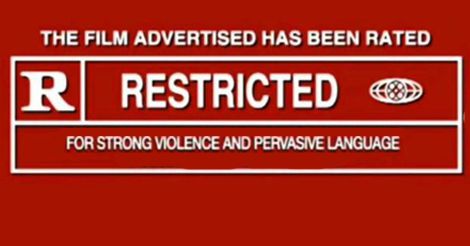 Of course, Shakur used a stronger word than “eff” — one that Thomas was able to print several times in her book but that Tillman could use only sparingly onscreen, lest he incur an R rating from the Motion Picture Association of America for strong language. (The Times has a similar restriction on the expletive, which your Carpetbagger has been known to utter from time to time.) If “The Hate U Give” featured more than one use of that word, the movie would be in jeopardy of losing the PG-13 rating that Tillman and his distributor, 20th Century Fox, had hoped to earn, and teenagers who treasured the book might be barred from seeing the adaptation.

So there are different rules for the same audience depending on the medium used regarding curse words—when “the more you know” is a head-scratcher.

The value of the tape was also the crafting of a mixtape. I am from an era when we learned not to waste songs. If you are creating a cassette that you must listen to all the way through, and you are crafting it with your own hands and your own ideas, then it is on you not to waste sounds and to structure a tape with feeling. No skippable songs meant that I wouldn’t have to take my thick gloves off during the chill of a Midwest winter to hit fast-forward on a Walkman, hoping that I would stop a song just in time. No skippable songs meant that when the older, cooler kids on my bus ride to school asked what I was listening to in my headphones, armed with an onslaught of jokes if my shit wasn’t on point, I could hand my headphones over, give them a brief listen of something that would pass quality control, and keep myself safe from humiliation for another day.

A great excerpt from Go Ahead in the Rain: Notes to A Tribe Called Quest, about the rap group and Hanif Abdurraqib’s relationship to their music. Now I miss mixtapes!

That’s why I was intrigued by the Harry Potter coding kit developed by Kano. The app forces you to construct each spell with logic-based pieces before waving a plastic wand in the air. It’s not the same, of course, as the classes depicted in J.K. Rowling’s award-winning books. But the process provides a similar sense of learning and satisfaction when you can finally wave your hand through the air and explode a box of chocolate frogs.

Get some coding in and spell learning for anyone still waiting to get to attend Hogwarts.