This is a guest post from Elizabeth Bastos. Her writing has appeared in McSweeney’s Internet Tendency, the Big Jewel, and the Food and Think blog of the Smithsonian magazine. Her piece about love and France, appeared in the Book Bench’s Dear John 2010 Valentine’s letters. 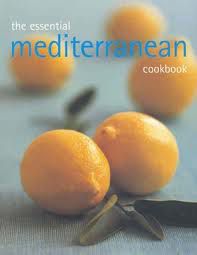 Everyone has a seduction food, a sure thing. For me it’s dips from the eastern Mediterranean. “Dips” sounds pitiful. What I mean is spreads, thick labneh with cucumber and mint, mezze. To taste my walnut taratoor or taramosalata is to love me.

It all started in Pittsburgh, at the 61C cafe on Murray Avenue, at a table where I spent most of 1998. One day in the latte line I saw a shepherd. He was tall, thin as a wheat stalk, and had hair like a dark-haired lamb. I don’t usually stare at things that are not pastry, but I stared. I like your hair, I said, since I am body-language-impaired. I found out he was Israeli: quiet, strong-minded, fast-moving. I moved into his apartment within the week.

We were ill suited. However, in the time that we steamed, what I learned about was Middle Eastern dips, an education. The curriculum: sex, the book: The Essential Mediterranean Cookbook.

For people like me who grew up on fish sticks and Uncle Ben’s, these foods were lascivious. “Imam Biyaldi” a stuffed eggplant dish literally translated means “the imam fainted” (and I knew how he felt). I combined for the first time currants, orange, pine nuts, cinnamon and lemon. If I’d had a dog I would have said, “Toto, hell no, we’re not in Kansas anymore. Baby, we’re in Greece. This chicken is crammed with 40 cloves of unpeeled garlic.”