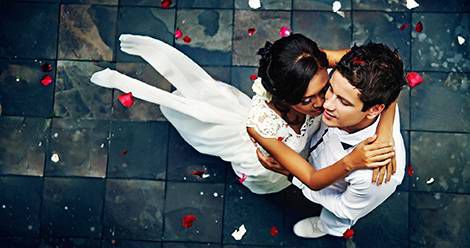 A couple of Paul Krueger’s (author of Last Call at the Nightshade Lounge) tweets got me thinking recently:

As the political landscape grows increasingly bleak, the pile of fun YA romances on my bedside table has become my strongest tether to happiness

Fantasy and scifi are my usual jams because escapism, but I’m finding something increasingly alluring about the escape presented by normal people in our normal world, living lives that are gonna turn out okay

Same, though. For my entire life, science fiction has really been my go-to happy place of escapism. Adventures! Exploration! Epic fights where corrupt governments get taken down and corrupt corporations get their just desserts!

I’m not sure what’s changed, except maybe the bits about corrupt government and corrupt corporations have started getting a little too real lately. (Not like things were great and perfect before, but maybe I just hit my final straw in reality becoming a caricature of itself.) It’s great to have fiction centered on people taking down the wicked and the powerful, but there’s no guarantee in the genre that will actually happen. In fact, sometimes if your heroes win too big in science fiction or fantasy, it gets called “too pat” or “unrealistic,” like the whole inclusion of dragons thing of itself is totally realistic. Just like the inclusion of real world horrors and evils (like sexual violence) is lauded for its “realism”—at which point things stop feeling escapist because it’s literally just like the world we’re trying to escape from, except with rocket ships.

I think that’s why I, like Paul, have been turning more and more to reading romance these days. I prefer adult to YA romance, but six of one, half dozen of the other. The big thing is that with romance, you know there’s going to be a happy ending. At its grittiest, you get a “happy for now,” which still feels plenty escapist. You know the characters are going to figure out their problems and find solutions.

And I think there’s an extra element of escapism that these problems are, on the whole, pretty ordinary. I know you can find romance fused with pretty much every other genre, which is one of its great elements of flexibility. But the main problem is always just people, trying to figure out themselves and their relationship, and getting it together in the end. The other, outer problems they’re trying to solve are less important.

This feels weirdly great. At a time when a lot of us are overwhelmed by outer problems that we can’t really fix, retreating to a world where the main worry is if person A and person B are going to figure out their issues in time to have a fulfilling relationship, while probably not worrying about their president starting a nuclear war, feels pretty dang good.

This has also brought me a whole new appreciation for the skill displayed by romance writers. So often in science fiction or fantasy, the Big Problem amounts to “if X doesn’t get fixed, the world ends.” It’s not that hard to get audience buy-in that the world ending is probably a bad thing and needs to be fixed. The focus in romance is so personal, the problem of two people figuring out the internal and external difficulties of their relationship could seem quite small scale. But romance writers convince you to buy into these intensely personal stakes and hope the characters succeed, not because you want to see the world not get blown up, but because you like these people and want them to have a happy life.

It’s refreshing, and escapist, and kind of a big FU to the world telling you everything is grim and awful, to see ordinary people overcoming ordinary problems and getting to live their ordinary lives happily. Hopefulness and happiness are their own kind of rebellion. A story where everything comes out okay in the end is very powerful escapism when you’re not sure if everything will.

And I think this is why I’ve been mixing my genre reading with a hefty portion of romance, because I need relief from watching characters try to deal with external issues that are way too like the ones currently stressing me out. I need to break that up with nice characters I like getting to be happy together—that’s some real escapism right there.

If you, like me, are a scifi-head that needs a place to escape from the grimness of our genre, here’s a few romances I’ve read lately that I’ve really loved:

Second book in her “Cyclone” series, with Trade Me as the first book. I really loved Hold Me for the characters though, and the heroine is a trans woman, which is close to my heart. I also really love her Regency romances, and my favorite is the Turner series, which starts with Unveiled.

A spy story set in the Civil War, with an African-American heroine who is so good. I really need to get more of Alyssa Cole’s books from the library!

A Fashionable Indulgence  by KJ Charles

Edwardian M/M romance, and I’m very, very picky about my M/M romance. I’ve loved all of KJ Charles’s books that I’ve read so far, and this is the first of the Society of Gentlemen series.