There is no debate: the past eight years in particular have publicly showcased the difficulties facing black people living in the United States of America. A multi-layered, interconnected system of oppression terrorizes, devalues, and marginalizes black people all across this country. This system is as old as America itself, however, and the past eight years have only brought to public attention what black people and black chroniclers have discussed in person and on the page for centuries.

Because of racism’s stranglehold on black life, the work of black writers is often marked by their desire to examine and deconstruct it. It is very difficult for people who were not born black to imagine the severe realities of living beneath of American subjugation, but, as always, books can provide a path to understanding. Each of these books discusses in ways simple and complex the routine lived experiences of people whose existence is attacked on all sides by racism and discrimination. 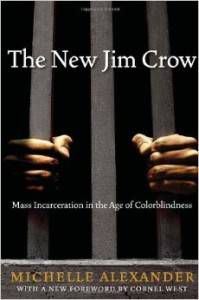 The New Jim Crow: Mass Incarceration in the Age of Colorblindness – Michelle Alexander

Many Americans believe that racial discrimination ended decades ago, and that our country has been blessedly free of the racialized violence that marked our darker days. However, legal scholar Michelle Alexander argues the exact opposite in her seminal book, The New Jim Crow: Mass Incarceration in the Age of Colorblindness. In The New Jim Crow, Alexander lays bare the lie that America’s systems are fair and just, instead revealing that the War on Drugs and other positions that lead to harsher policing and prison sentencing for communities of color are intentional, and an extension of the Jim Crow laws that made it possible to openly discriminate against black Americans. Alexander evokes the impassivity of data and facts to make her case, and it is one that will shed a light on many of the reasons why black Americans are taking to the streets in protest. 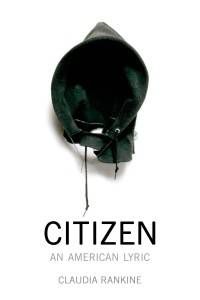 Claudia Rankine’s Citizen is impressive in its ability to make racism accessible, even relevant, to people who may not otherwise suffer its effects. It uses various forms, including essays, poetry, and images, to powerfully present how racism infects every facet of our society and colors our individual and collective viewpoints. Citizen is at times very personal, and can strike uncomfortably close:

“You are you even before you grow into understanding you are not anyone, worthless, not worth you. Even as your own weight insists you are here, fighting off the weight of nonexistence.”

But to truly understand those afflicted by America racism is to live their discomfort, even in the smallest of fractions. Citizen will help readers to shoulder this burden. 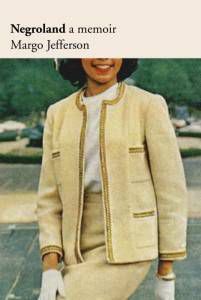 One of the things that American racism excels at is flattening the lives and experiences of black Americans. Margo Jefferson’s Negroland is a deep, close look at the lives and society of black Americans who enjoy some small measure of privilege through their accumulation of wealth, status, and power. This examination of the lives of the “black elite”, their societies, and their idiosyncrasies is a compelling thorn in our national narrative surrounding black Americans.

In Walter Mosley’s Easy Rawlins books, structural inequality is a supporting character. In Devil in a Blue Dress specifically, we are treated to scenes where Easy is at the mercy of American anti-black racism via interactions with white people, including police and racist teenagers. Easy’s examinations of power and humanity are spot on, and he generally to use his wits and body to survive the physical and psychological torment of racism. Devil in a Blue Dress is fiction, but Mosley’s recreation of Los Angeles in the early 1950’s is very faithful, and Easy’s inner dialogue gives insight into the everyday calculus that goes into navigating spaces where open racism can mean the death of you or someone that you love.

Between the World and Me – TaNehisi Coates

Between the World and Me is, by Coates’ own admission, a version of James Baldwin’s The Fire Next Time for the updated era. The book takes the form of a letter to Coates’ son, and is a scathing indictment of American racism. Coates’ view of America and of the racism that is the very fabric of this country is not glossy, or hopeful. Between the World and Me does not attempt to be a liberation manual, full of hope and change rhetoric. Instead, it lays the truth of American subjugation bare, and raises uncomfortable questions about the future of both America and the myth of its dream. Coates does not attempt to provide the reader answers for these questions. Instead, he forces the reader to consider them–but even then, there are no clear answers or solutions. 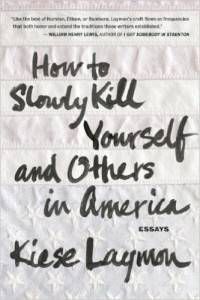 How to Slowly Kill Yourself and Others in America – Kiese Laymon 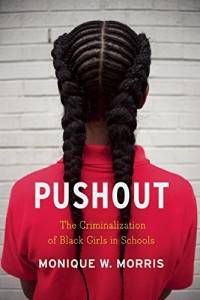 So much of the discussion surrounding police violence focuses on black American men, but we must remember that women and girls are also disproportionately affected by race-based policing policies. In Pushout, Morris uses the stories of various black girls and women, including Claudette Colvin’s (the woman who disrupted Montgomery’s bus system before Rosa Parks) who was labeled as undesirable by elders in her community because of her dark skin, feisty temper, and pregnancy. Morris describes how same kinds of racial and gender biases have only increased in the present day, and have led to black girls and women being labeled as undesirable for traits that are acceptable (or even desirable) when displayed by women of other races. Morris centers the voices and experiences of black women as a challenge to readers who have internalized these problematic beliefs about black girls and women. 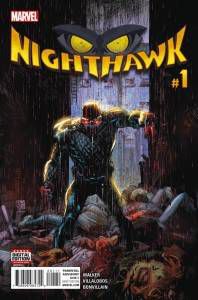 If the #BlackLivesMatter movement had a representative superhero, Nighthawk would be it. Allow me to quote myself, if it’s not bad form:

“I’ve recently become a fan of Marvel’s Nighthawk, a black character whose story is written by a black man (David F. Walker). In a time of political turmoil and trauma for black comic book readers, Nighthawk’s unflinching dedication to meeting those who would perpetrate and serve as the face of systemic oppression with all of the power and precision at his command is cathartic, because so often, we are made to feel powerless by these same systems. Nighthawk uses his wealth and business savvy to fight gentrification, housing segregation, and cultural assimilation. He uses his connections to find and employ the best people who are most often overlooked because of who they are–in this case, Doctor Tilda Johnson (aka Nightshade–who’s thankfully wearing a lab coat, a new haircut, and Jordans in place of that awful leather bikini). He uses his fighting prowess and ultraviolence to take out white supremacists and crooked cops, in a series of shots that is as politically aware as it is satisfying–who among us doesn’t wish that we had the strength to remove our oppressor’s boot from our neck?”

Nighthawk is a vision of a world where Black Americans have the power to combat racial terror with their fists. What a time to be alive.