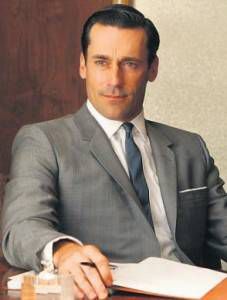 I know I’m not the only person who now looks at every piece of advertising through Mad Men goggles. I see a pop-up ad for Citibank, watch 30 seconds of a Flo the Progressive Girl ad on Hulu, drive by a billboard of Kim Kardashian promoting her own brand of vodka, and I always think about how Don Draper would take the piss out of Peggy and Pete if they brought that campaign into his office.

When you look at advertising through Sterling Cooper Draper Pryce lens, it’s pretty easy to hate 99.9% of everything you see promoted.

Which is why when you see a publicity campaign that works, like really works, it’s worth singling out.

I want to give Random House some mad props for their bangarang viral campaign for Colson Whitehouse’s literary zombie novel Zone One on its release date this past Tuesday.

(Everyone who is a regular BOOK RIOT reader is like “Gasp, but you HATE ZOMBIES.”)

(I’m like “That’s false, I don’t hate zombies, I’m just cranky about the genre. Cranky and hate are different, as exemplified by the difference between toddlers having tantrums and major world wars.)

So here’s how it went down. Random House flooded Twitter with the hashtag #RHZombie and then proceeded to guide us through a fictional narrative via pictures, videos, and tweets wherein the offices of Random House had been infected with a virus transforming all these publishing people into brain-eating reanimated corpses.

@VintageAnchor: What’s with all the moaning going on this morning on our floor, @doubledaypub @aaknopf? #RHZombies

@AAKnopf: Yeah, our editors are lurching about in the mail room. The art department has gone rabid

@AAKnopf: My boss just tried to gnaw on my face. Tuesday sucks. #RHZombies

@randomhouse: “Please let your HR rep know if a colleague has bitten you this morning. You’ll both need to fill out some forms. #RHZombies”

@doubledaypub: Good news! Zombie antidote handed out all around, with lollipops. Everyone will be back to normal as soon as we find Rob’s hand. #RHZombies

The campaign was so good-natured, whimsical and playful and (here’s where the Draper analysis came in) it made us feel like we Twitter followers were in on a super fun inside joke. Summer camp mischief. The big senior year prank.

Who doesn’t want to be at the center of pranks and mischief and jokes and fun? Who isn’t curious about the book after that much fun?

Don Draper would be so impressed if he were a real person. As the real person on hand, I will, in his stead, pass along the congratulations for a viral campaign beautifully executed.