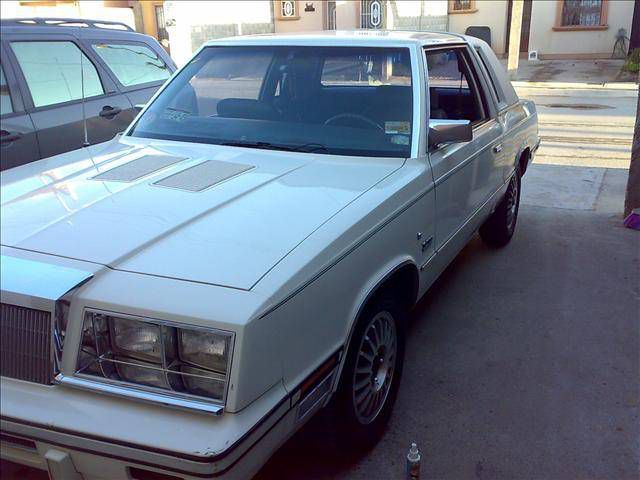 The Dictionary of Fictional Techniques is a running feature in which I observe, name, and discuss heretofore uncategorized (at least to my knowledge) literary devices. See previous entries here.


Giving the particular name, brand, or style of an object to give it specificity without actually describing it.

Example:
“Two days after his car–an ’85 Chrysler LeBaron with leather seats and all-power accessories–vanished from the driveway, Warren Ziller crept past the expensive homes of his neighbors, trying to match his dog’s limp.”
—from A Model Home by Eric Puchner

Book Deals Newsletter
Sign up for our Book Deals newsletter and get up to 80% off books you actually want to read.
Thank you for signing up! Keep an eye on your inbox.
By signing up you agree to our terms of use
This is a particular pet peeve of mine, but I’ll try to keep my discussion here somewhat reasonable. Proxy detailing seems to me a rather recent phenomenon (and by recent, I mean the last several decades) as advertising and brand recognition have allowed it to be at all useful.

The strength of this technique is fairly plain: if you tell the reader exactly what the car/object is, then they have a ready image of it. It is as specific as you can really be, without having to describe what the object is.

The weaknesses, though, are considerable. First, if your reader is not already familiar with the brand/object, it is quite a bit more frustrating for them than just saying “car.” For example, I have no idea what an ’85 Chrysler LeBaron looks like, so rather than bringing me closer to the object, this proxy detailing actually creates more distance than just “car” would, as I am now aware that there is a gap between the information intended and the information received.

Another weakness of proxy detailing is that it shortcuts one of the things we ask literature to do, namely, to help us see the familiar in a new light. If I do indeed have a sufficient knowledge of an ’85 Chrysler LeBaron to form an image of it, it is my image that is being formed, unaltered and unestranged by the author’s artistic vision.

All entries in The Dictionary of Fictional Techniques are original to, unless otherwise cited. (This means that they aren’t ‘real words,’ so don’t use them in your freshman comp essay)