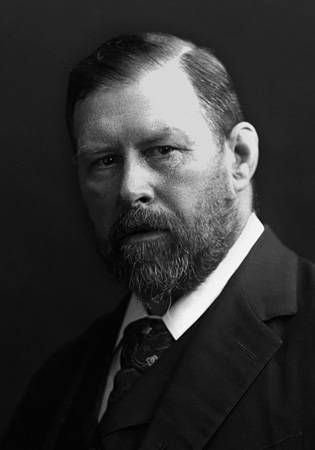 The deaths of famous people always seem more open-ended than our own. Whereas our deaths may be suffused with mystery, the legends are always private, and the lore is only communicated between a handful of people. Celebrity deaths, however, by virtue of being public property of sorts, are passed around from person to person. It’s almost like a game of “telephone” whose subject is limited to urban legends.

And this idea of celebrity death as an open-ended story is even more true with horror writers. So with April 20th having been the 100-year anniversary of Bram Stoker’s death, it seems about time to revisit this curious legend, whom many consider the father of the modern horror genre. 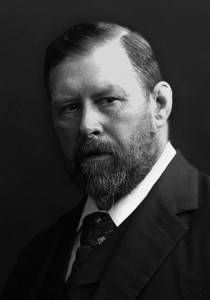 Bram Stoker wasn’t famous in his lifetime for creating the monster Dracula. If he was known publicly, it was for managing the career of famous thespian Sir Henry Irving. Even Stoker’s obituary hardly mentions his writing, instead concentrating on his contributions to the success of the Lyceum theater. His “particularly lurid and creepy kind of fiction” is only mentioned in passing. His name wouldn’t become synonymous with blood-curdling writing until much later.

And some would say that it’s just as well. The case can be made that Stoker didn’t so much create Dracula as assemble him from existing stories and myths. The idea of vampires certainly wasn’t a new thing to European culture. And legends like “Spring-heeled-Jack” had been expressing anxieties about class and masculinity for generations before Stoker wrote his seminal work.

This is the point in discussing Stoker where things take an academic bent. And the academics, of course, have made as much of a conversation out of Stoker as they have out of any other author who’s had a major impact on modern culture. Just in time for the 100-year anniversary of his death, multiple panels were held in England dedicated to the discussion of Stoker and the Gothic novel. And what they have to say about his impact is probably a more accurate obituary than the one that was published after his death.

One of the more interesting of these panels was called “Bram Stoker and Gothic Transformations” and was held at the University of Hull. During the panel, Clive Bloom, professor of English and American Literature at Middlesex University, talked about freeing Gothic horror from the safe and institutionalized position in which academia has placed it. Instead, he urges us to “…return to a more visceral and scary notion of the Gothic. We need to stop using Freud and go back to de Sade – it’s all about perversity and the will to power.” Bloom went on to deride the American take on the vampire story, complaining about how we’ve turned the charming and mysteriously evil aristocrat into “…the dark boy who no one talks to and is eternally 17.”

Whether you agree with Bloom or not is irrelevant. The fact is that Dracula and vampires are discussed by panels of academics in England and are as common to American pop culture as pizza and motorcycles. This is the real legacy of Stoker. It’s his own story outliving him and mutating from his original vision into new expressions of fear and horror. Who knows where it will go from here.

Bram Stoker’s death was almost overshadowed by the sinking of the Titanic five days before. No one is sure what the actual cause of death was (some have speculated that it was syphilis), and we’ll probably never know. His body was cremated and placed in Golders Green Crematorium not too far from the ashes of Freud. No one is sure why Stoker chose cremation, a rare procedure at the time, but I like to think that the world he had written was so convincing that he started to believe it himself. I like to believe that he just didn’t want to take any chances.