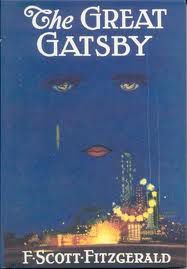 Hearing that one of your favorite books is being adapted for a movie is bittersweet news. Part of you is thrilled that you’ll have a “new” version of this book you love in your life, but part of you also dreads what might happen. For every Lord of the Rings, there is a The Bonfire of the Vanities, a The League of Extraordinary Gentleman, and a live-action How the Grinch Stole Christmas. Chances are, your beloved book is going to get butchered.

Next on the chopping block….deep breath….The Great Gatsby, a novel that is for literary fiction nuts our One Ring, the thing we guard, covet, fixate on, and live for (even sometimes to our detriment). It has already been adapted into a moribund, though pretty, movie with just about the perfect Gatsby (Redford) one could hope for.

And now, Baz Luhrmann has thrown his flat cap into the ring. Just how worried should we be?

The major difficulty with adapting Gatsby (and many other novels) is that masterful prose doesn’t translate well to the screen, and this is the very thing that makes it an all-timer. Seriously, tell me what you do with something like this:

This is a valley of ashes—a fantastic farm where ashes grow like wheat into ridges and hills and grotesque gardens, where ashes take the forms of houses and chimneys and rising smoke and finally, with a transcendent effort, of men who move dimly and already crumbling through the powdery air. Occasionally a line of gray cars crawls along an invisible track, gives out a ghastly creak and comes to rest, and immediately the ash-gray men swarm up with leaden spades and stir up an impenetrable cloud which screens their obscure operations from your sight.

Sure, you could film a scene that looks like this, but this is about rhythm as much as it is about imagery. You also can’t capture Fitzgerald’s evocative temporal descriptors like “occasionally” in a movie. If we get a scene of the valley of ashes, we will get it once and it will either have a line of gray cars crawling or it won’t. And that, times a hundred, is the difference between a book and a movie.

Baz Luhrmann is high-risk, high-reward. You could get something wildly surprisingly great like Moulin Rouge or something catastrophically bad like Australia (oh man oh man is it bad. Best performance in that film was by a herd of stampeding cows. I think their direction was “pretend like you are running for the exit of the theatre in which you are seeing Australia“).

This isn’t his first take at adaptation; his version of Romeo and Juliet was manically and entertainingly alive. Yes perhaps overdone, yes perhaps overexposed, but it’s worth it for John Leguizamo as Thibault, Prince of Cats alone.

I’m actually glad it’s Luhrmann taking a swing at this and not someone who would try to do a straight adaptation (I can imagine a Ron Howard take that would be faithful, well-executed, and lifeless). Whatever we get from Baz, it’s surely going to be a bold, unexpected angle. (Though if that billboard gets CGI glowing green eyes, I am going to hunt him down and make him watch Australia.)

Much of Luhrmann’s regular bunch here, but there are two noteworthy off-camera folks. First, the executive producer is Barrie Osborne, who knows his way around adapting a beloved text (producer credit on all three Lord of the Rings movies) and steering a volatile director (executive producer of The Matrix and those crazy Wachowski boys). Good signs right? Just don’t look too far down the old resume, where The Fan (yikes) and Dick Tracy (uh oh…) await.

Hard to read much into that Osborne then, but I think the choice of cinematographer tells us a little something. You don’t bring Simon Duggan (Live Free or Die Hard, I, Robot, Underworld) on board to make a movie that looks like The Bridges of Madison County or Legends of the Fall (both of them faithful, safe, and decent adaptations). There will be color and over-saturation. I think there’s a good chance that the film tries to mirror the always-a-little drunk vibe inherent in Gatsby. Perhaps, blurry, cacophonous, and hectic—much like a night drinking gin in your hotel room with friends would have been like in 1926. So while Duggan doesn’t have a movie I love under his belt, I like the idea of what he might bring.

If you are going to cast one of the iconic characters of American letters, you could do worse than cast the iconic actor of today. DiCaprio has the good looks and natural vulnerability you want in a Gatsby, and he can do charm and crazy by turn. Can’t do much better than this, I don’t think.

Cary Mulligan….I guess I get it. She did the short-hair period-piece thing well in An Education, but I haven’t seen much that makes me think she can turn in a sparkling, dangerous, and seductive Daisy. She is the engine that makes the plot of Gatsby go, and she has to be worth killing for. I would prefer to see someone with a little more smolder (ScarJo perhaps, though I’m still not sure she can act).

Least favorite choice: Tobey Maguire as the ingenuous, voyeuristic Nick Carraway, our eyes, ears, and conscious to the Tragedy of Jay. Carraway needs to be as smart as Fitzgerald, but with a winning innocence. Maguire plays innocent (all the time in fact), but it comes across more as vapidly naive than precocious (I think it’s that Peter Parker wide-eyedness). Plus, if there is voice-over (the first person narration of Gatsby 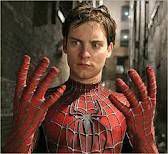 How do I keep getting these parts!?

and Luhrmann’s use of it in Moulin Rouge and Australia make this a strong possibility), it’ll most likely be Maguire’s Carraway doing it. And I just don’t know if you want to bet your $127 million dollar adaptation of a fiercely-guarded masterwork on a nasally voiceover. I suppose it could be a switch of some kind, with another actor playing the voice-over part as an older version of Carraway (akin to what Redford did in A River Runs Through It).

This thing is being shot in 3D. I have a hard time being anything but suspicious of this, though Luhrmann’s last three major projects would have made sense in 3D. (I just know we are going to end with a shot of boats “ceaselessly rocking” in that not-quite-believable three-layer depth that 3D does. Feeling a little queasy just thinking about it).

(Though this film will likely be either a 3 or an 8. I have to split the difference)