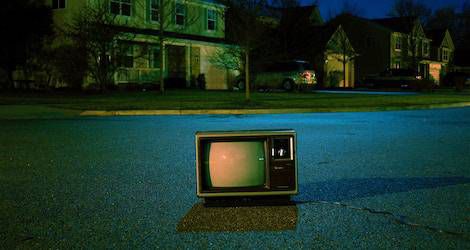 Horror was my first love. I was raised on John Saul and Stephen King and I’ve never quite lost my deep attraction to the psychologically effed up and the terrifying. But then I went a large span of time not knowing who to read anymore in the world of horror. And I fell away from it.

But horror has really been rocking my socks off in the past few years, and Victor LaValle has been a huge part of that, what with The Devil in Silver and The Changeling and his comic, Victor LaValle’s Destroyer. Which is why I almost peed my pants in excitement when I was scrolling through Twitter last night and saw that FX was adapting The Changeling for TV.

Where I get to share the news that THE CHANGELING is coming to @FXNetworks and I am overjoyed.

The Changeling is LaValle’s most recent novel (June 2017), and is about a father who witnesses his wife commit a horrific act, after which she disappears. As he begins to search for her — for answers? for vengeance? for closure? —things take an unexpected turn.

I won’t reveal too much more, but I wasn’t surprised to read that multiple outlets had bid on the chance to adopt the story, which has been described as “a fairy tale for grown-ups.” Kelly Marcel (Venom, Fifty Shades of Grey, Terra Nova) is reportedly writing the script, while the studio behind the project is Annapurna Television.

Most nights, I spurn the television in favor of cocooning myself in bed and reading ALL THE BOOKS, but this just might be the show to drag me back to the screen.