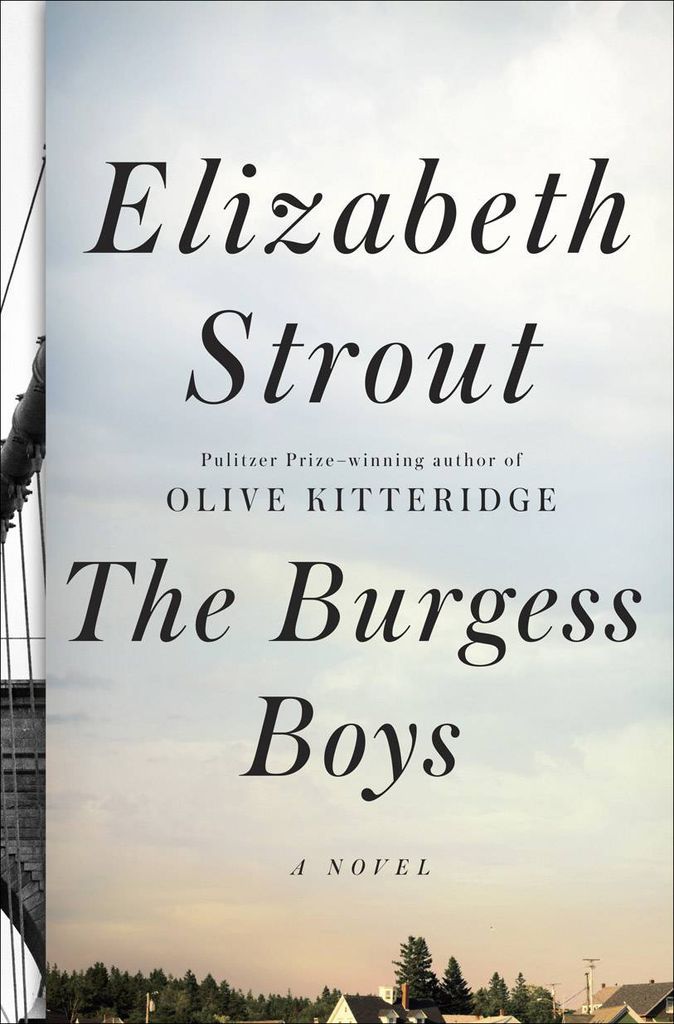 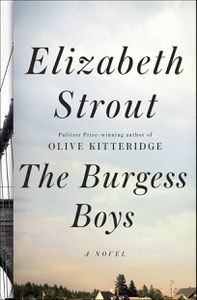 Through various venues, I have spent years and years writing book reviews on a regular basis. I enjoy it and it has always come fairly easy to me. So when I received a copy of The Burgess Boys by Elizabeth Strout in the mail, to be reviewed, I dug into it with no concerns whatsoever. I had no idea the difficulty I would have reviewing the book. It doesn’t seem hard to review, on the surface. It’s only a little over three hundred pages long, and it isn’t a book which features a complex and labyrinthine plot that I must try to untangle for you here.

I can tell you the plot very quickly, in that it is as much premise as plot and little beyond it: Jim Burgess is a defense attorney who was, briefly, a celebrity lawyer for a famous case. Now, he is older and callous and hard to get along with, and very unkind to his brother. Bob Burgess’ life creaked to a halt when he got divorced some years earlier and he’s never quite gotten it fired up again. He is also a lawyer, he lives in a small dorm-like apartment, and he drinks far too much. Their sister, Susan Burgess, stayed in the small Maine town, Shirley Falls, from which the brothers could not wait to escape. She has a son, Zach, who is a teenager having a rough time of it (as all teenagers inevitably do).

One horrible day, Zach throws a severed pig’s head into a mosque, used by the local Somali community, in the middle of services. Quite why he does it isn’t obvious – aside from the fact that teenagers do dumb things all the time without understanding the consequences – but that one simple, horrible act is the stone’s throw which ripples through the entire rest of the book.

One fascinating thing is that very little else actually happens over the course of the book. That is not to suggest that the book is either boring or without forward motion; simply that Zach’s stupid action is one of only a few major outward occurrences that happen in the book. There is not a breakneck plot full of twists and turns here, just a single action and a book full of characters ricocheting off one another.

Something I didn’t expect in the slightest was the presence of the Somali community in this book. They are not a faceless crowd which suffered an offense, and now we shall watch other people have to deal with it. We spend a great deal of the book learning about Somalia, the Somali refugees, the situation abroad and here in the United States, the opinions and political leanings and problems (and kindesses) of the Somalis, both as individuals and as communities, as the book goes on.

I didn’t know that this element was going to be in the book, and I can’t tell you how happy it made me. You see, until very recently, I lived in a small city to the west of the Twin Cities, Minnesota. The city had a very large population of Somali refugees. Moreover, the apartment building in which I lived was mainly populated by Somali families. I used to watch them with the fascination gained out of watching people completely different from oneself go about their lives. All of the apartments were gorgeously decorated and full of huge families, and every single family seemed to know every other one. The halls were redolent with the smells of meals being cooked, children running everywhere. The rest of the town, however, was full of an awful lot of casual (and occasionally not-so-casual) racism toward them, which I caught a lot of and which drove me insane.

The point I’m making with all this is, I was prepared to tolerate very little on this issue, and was incredibly pleased and actually excited at how well the Somali community was portrayed throughout the book. Not only do we spend time and scenes in the actual community itself, but a great deal of the rest of the book deals with the Burgess family and their friends, both in Maine and in New York City, having to deal with the topic of Somalia and its people. It’s fascinating the range of opinions that are offered. There is casual racism, dismissal, education, sympathy, kindness, and so much more.

But there is more to the book than even that remarkable handling of a whole culture and how it is viewed and views the world. This is a book completely full of characters. Everyone from Susan Burgess, the bitter sister who never left, to the old woman who lives upstairs from her, to Jim Burgess’ wife, Helen, and the polite-vague-friends that they have in New York. There are a million character relationships and explorations not only of those relationships, but of the individuals as well. There is no one whom you can point at as definitely a Bad Guy for the book. There are just a lot of flawed people interacting. Everyone is both alienating and sympathetic in their various ways, even poor screwed up Zach who, despite his hate crime, is not an unlikable character. It sounds weird, but it’s true.

This was my difficulty in writing this review: how do I convey to you the exploratory depth this book manages in 300 pages without turning this review into a thesis on the topic? Elizabeth Strout has incredible literary muscles and she flexes them with ease. In a few simple brush strokes, we penetrate to the heart of so many issues and topics, and then move on without belaboring the point. We examine a marriage which is distant, but amiable. We explore the difficulty of being a teenage boy, and one in a divorced household no less. We look at being a man having an affair, and a woman who has been cheated on…and there are so many more topics besides, each of them deftly handled without ever weighing down the book.

And The Burgess Boys manages this huge range of topics and plots and characters without ever once becoming dense or unreadable. Strout has an excellent ear for dialog and it carries the book.

Elizabeth Strout won the Puliter Prize for an earlier novel, Olive Kitteridge, and I understood exactly why before I was done with chapter one of The Burgess Boys. This is a book well worth your time, and, I predict, destined for its own awards.