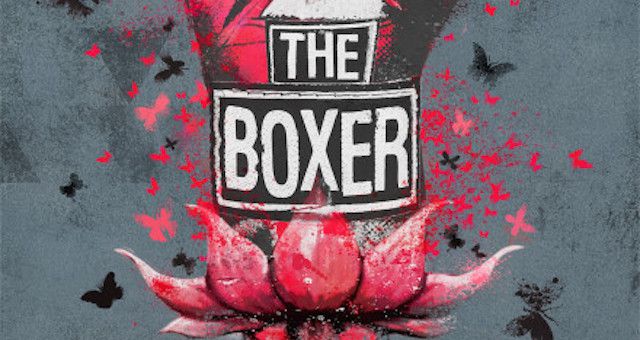 The Boxer by Nikesh Shuklah is great UKYA. It tells the story of 17 year-old Sunny, who, after a racially motivated attack at a train station, decides to join a boxing club to learn to defend himself. Along the way he meets new friends and makes new enemies as racial tensions in Bristol, where the novel is set, are primed to explode. 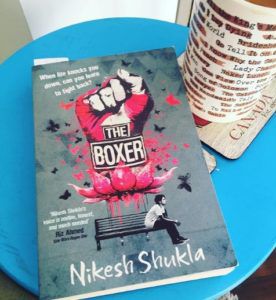 Shuklah has written a beautiful yet raw story about anxiety, PTSD, LGBTQ issues and racism.

This is no fairy tale, Shuklah didn’t just come up with the tensions in this novel from the ether.

In March of 2019 It was reported by The Independent that “Racially and religiously aggravated offences recorded by police in England and Wales reached a record high of more than 57,600 in the 12 months to September, after jumping by 7 per cent in a year.”

In addition, suspects for these kinds of crimes are only identified, on average, 3 times out of 10.

In Sunny’s case, he’s reluctant to go to the police because he feels like the attack is his fault. He’s also convinced the police won’t do anything about it.

It’s known that since the Brxit referendum, ethnic minorities in the UK are facing overt racism. Seventy-one percent of people from ethnic minorities now report having faced racial discrimination, compared with 58% in January 2016, before the EU vote, according to polling data seen by the Guardian.

Like in The Boxer, racists are feeling more confident and less afraid to spew their garbage in public places.

In Sunny’s case, his attackers and other people he meets assume he is Muslim and therefore a terrorist. It’s an experience those of us (like me) who aren’t from minority ethnic backgrounds don’t have to endure and aren’t fully capable of coming to terms with because they simply don’t happen to us.

It’s not just religion or the colour of your skin that can make you a target in the UK. According to The Guardian, “Homophobic and transphobic hate crimes, including stalking, harassment and violent assault, have more than doubled in England and Wales over five years, a Guardian analysis has shown.”

The Home Office has responded to this data, refreshing a hate-crime plan and police leaders have called for an end to drastic cuts to the force so that they can tackle these issues more directly.

I’m not claiming to have any answers to these problems. What I am saying is that education on these topics makes a difference. Talking about these issues makes a difference. You can read reports and talk at people all day long but reading a book like The Boxer can, for a short time, put you in the head of someone who is experiencing these things at full throttle and it can change your way of thinking.

I loved this novel and I’m going to be using it for a book club in September so that I can have these discussions with teens who will hopefully see the levels of hate and ignorance go down in their lifetime.