I wasn’t exactly a snob about audiobooks, I just thought they weren’t for me. I’m such a visual person, I would say. I wouldn’t be able to pay attention to anything for that long! And anyway, some books just have to be read, you know?

I had listened to a couple audiobooks before, mostly memoirs, and I enjoyed them, but never formed any kind of listening habit. That is, until I got my first big-girl job, and it came with it’s own big-girl commute: I was spending four hours a day in construction traffic, and I was miserable. My mom suggested that I try an audiobook, so I picked up a full-cast dramatization of MacBeth, thinking a play would be easier to follow than a book and short enough to hold my attention. I was wrong. For some very strange reason, Shakespearean tragedy wasn’t engaging at 6am on a Tuesday! So, I borrowed my mom’s copy of The Thirteenth Tale, thinking that I might as well give a door-stopper novel a try. Very, very quickly, I was hooked. The two readers added such texture and atmosphere to an already complex and atmospheric book. I didn’t even know you could have an audiobook with two readers! I went from dreading my commute to enjoying it. (I even briefly considered not taking an apartment closer to work because it would shorten my audiobook time. I did move. Audiobooks are great, but I am not crazy.)

After reading The Thirteenth Tale, I realized that listening to someone perform a story adds to the reading experience, it doesn’t detract from it. I thought I wouldn’t be able to listen to anything for that long, but 15 hours in the car flew by. I started using audiobooks to convince myself to get things done. If I wash the dishes, then I can listen to my book! If I fold laundry, then I can read my book! I became a much more productive person when I started bribing myself with stories.

I thought maybe audiobooks wouldn’t be convenient or that they’d be expensive, but an Audible subscription and a handful of library services mean that I always have at least one audiobook on my phone. (I have also been known to carry around a walkman to listen to audiobooks only available on cassette. Once I fell, I fell hard.) I very quickly made my way through all the Lord Peter Wimsey books my library had available (the reader, Ian Charmichael, is Lord Peter to me forever), and started looking for more. Now, about half to three-quarters of the books I read in a year are on audio.

So, since my conversion to audiobook listener has made such a major difference in my life, I thought it would be fun to ask other Rioters what made them make the jump and maybe pick up a few recommendations for what I should listen to next.

Here are their conversion stories: 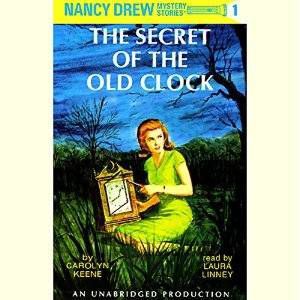 The Secret of the Old Clock by Carolyn Keene


I started listening to audiobooks at a very young age and the ones I remember most clearly from that time were the Nancy Drew audiobooks narrated by Laura Linney. I used to listen to them in the summertime when my family vacationed in Maine and I loved everything about them–the stories, the intro music, and most of all, Laura Linney, who was the best narrator I could imagine for those books. From then on I started carting home audiobooks every time I went to the library with my dad.
–Kate Scott 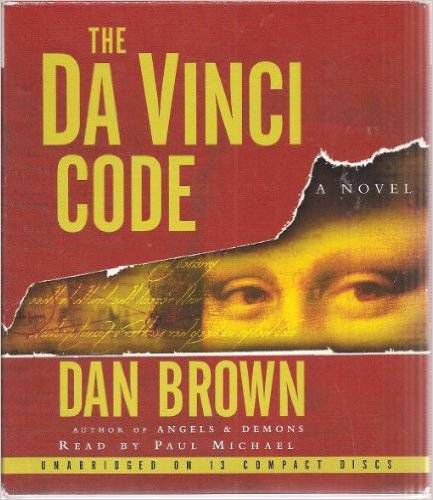 The Da Vinci Code by Dan Brown
Growing up me and my little sister had fallen asleep most nights listening to old cassettes of Enid Blyton stories or the brilliant Ten In A Bed by Allen Ahlberg, but by the time I was leaving university I had lost my listening skills. It was a mix of anxiety and a daily train commute that brought me back to audiobooks– I needed something to take my mind off the crowded spaces (so many people!) and claustrophobic huddles but needed to be hands free to grab on for dear life when shoved by an aggressive middle manager racing for the doors. Enter Robert Langdon and a mystery easy enough to follow while surrounded by chaos but entertaining enough to stop me hyperventilating on platform 3.
–Rachel Weber 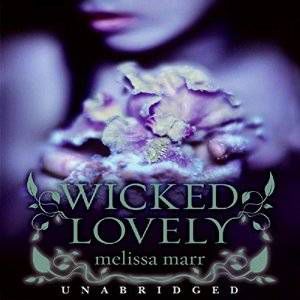 Wicked Lovely by Melissa Marr
I never even thought about listening to audiobooks until I started blogging. The first audiobooks I listened to were the Harry Potter books–I figured since I’d already read them several times, it would be easier to follow along and catch up if my mind wandered, and it was. But I didn’t appreciate audiobooks as their own unique type of entertainment until I listened to Wicked Lovely. This audiobook is AMAZING. The narrator, Alyssa Bresnahan, does such a good job and is a joy to listen to. Her voice is just, like, butter. Usually I do other things while listening to an audiobook–drive, do yoga, fold laundry–but with this book I was happy to just sit and listen to the story. It made audiobooks something I looked forward to other than something I did to keep from being bored.
– Tasha Brandstatter 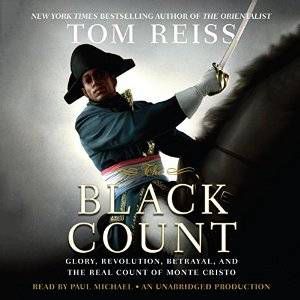 The Black Count by Tom Reiss
I had been avoiding audiobooks for years. I tend to tune out when I’m listening to things like talk radio, so I was afraid that would happen and I would always miss important things. But I had started a job doing very rote, repetitive work for eight hours straight, and listening to Pandora all day just wasn’t cutting it. So I took a coworker’s advice and tried an audiobook. And it was amazing. This was a book that I might have added to my to-read list in print, but really probably wouldn’t have gotten around to reading it, as I am very slow with nonfiction. Which would have been a shame, because it was such a fascinating story. I discovered several years ago in pedagogy class that I was definitely an aural learner, but I hadn’t realized how much of an impact listening to a book would have on the way I received it. The narrator, of course, had a big deal of the credit for my enjoyment; but audio has become my preferred method for long works of nonfiction (and a lot of fiction, as well)!
–Jessica Pryde 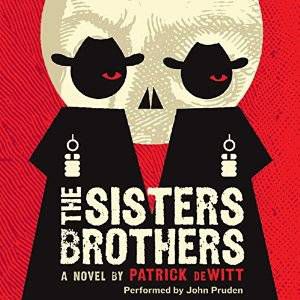 The Sisters Brothers by Patrick DeWitt
When I took a road trip with my mom, we struggled with coming to a compromise on what should be on the radio. We don’t share taste in music and she doesn’t listen to podcasts. So we decided to try out audiobooks, though the last audiobook both of us had listened to was The Lord of the Rings in cassette. But the western that DeWitt wrote was both completely out of both of our comfort zones and the complete right choice to suck us both in. A strong narrator in John Pruden and a shorter run time – just about 8 hours – made for the perfect driving companion. It made the hours pass and was just about the perfect length for our trip. After that, I was hooked, especially for long drives, even if I had to invent an excuse to get in the car in the first place.
–Rachel Manwill 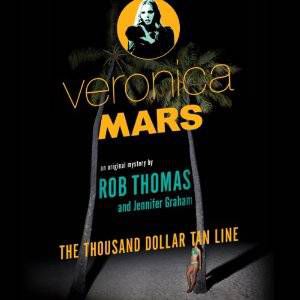 Veronica Mars: The Thousand Dollar Tan Line by Jennifer Graham and Rob Thomas
I had tried for a long time to make audiobooks work for me but I could never find one that held my attention or made me choose the audiobook over, say, podcasts and music. But then the Veronica Mars book was announced as a follow up to the Veronica Mars movie and Kristen Bell was listed as the narrator, I knew that this would be the perfect way to consume the book. The combination of the epic mystery plus it feeling like you were basically watching an episode of Veronica Mars (because luckily the show already had the narration element in it) plus Kristen Bell doing fantastic impersonations of all of the other characters lead to me absolutely loving this book and realizing that I could make audiobooks work for me.
–Rincy Abraham 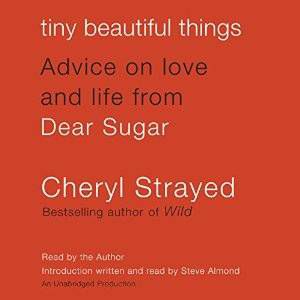 Tiny Beautiful Things by Cheryl Strayed
I’d heard so much about this book – mostly from Rebecca Schinsky on the Book Riot recommendations podcasts. I can’t remember exactly why it was I decided to give it a go on audio – maybe Audible suggested it to me, or maybe I just had some credits to use up. But I loved it. Cheryl Strayed reads it herself, with all the empathy of Dear Sugar – her secret identity when she was writing the advice columns which became this book. I tended to listen to it on the way to and from ballet – a short trip, just long enough for a couple of letters and responses. It worked so well in that format. I keep hoping I’ll find other books with short chapters, or perhaps epistolary novels, that would work as well in audio as this one did.
–Claire Handscombe