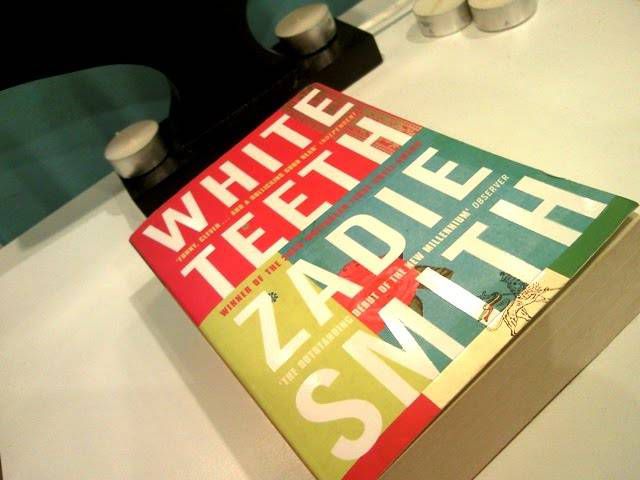 With apologies to my bookselling friend and colleague Stephanie Anderson, who tweets as @Bookavore, this week’s editorial is about how an omnivoracious reader like me responds to the “Slow Read” manifesto from TheAtlantic.com’s Maura Kelly, which has been picked up on by the site’s @JaredKeller, who tweeted yesterday that he’s compiling a list.

To participate in the “Slow Read” movement, says Kelly, one should follow a few simple guidelines: “Read books. As often as you can. Mostly classics.” These guidelines mimic Michael Pollan’s from The Omnivore’s Dilemma: “Eat food. Not too much. Mostly plants.”

It’s difficult to argue with either set of guidelines. They sound so plainspoken, honest, and true. Starting with Pollan, shouldn’t we eschew fake comestibles in favor of real food? Shouldn’t we limit our intake of that real food for many reasons? And isn’t it better to eat plant-based real food? (As you repeat those questions in your mind, can you feel your larynx rising and your inner voice becoming shriller?) Likewise with Kelly: Shouldn’t we read books instead of mere bagatelles like magazines and (gasp) websites? Shouldn’t we read frequently? And aren’t the classics already proven to be nutritious food for our minds?

I object, and not, I swear, on any devil’s-advocate grounds or because I’m against guidelines qua guidelines (I still believe that the Girl Scout “Be prepared” dictum has done more for my life overall than the 10 Commandments). My objections also do not result from any lack of interest in or feeling for great literature, which I have studied at the graduate level, taught at the collegiate level, and will continue to read for my entire life (current “great book” on my nightstand: Sons and Lovers by D.H. Lawrence).

Nor do I quarrel with Kelly’s method. She advocates that a person who wishes to engage in the “Slow Read” movement dedicate 30 minutes per night to reading “great literature.” Like Pollan’s urgings, which have led to “meatless Mondays” in various cooking and recipe blogs, a call for a minimum commitment seems reasonable

What I do object to, fellow readers, is the “mostly classics” clause. Again, I’ve nothing against many classics, especially since we finally figured out that “canonical” does not equal “infallible.” However, who is defining “classics”? In her post for TheAtlantic.com, Kelly mentions both Moby-Dick (undeniably a classic to almost everyone) as well as Mary Gaitskill’s Veronica (far too “young” in its book life to be heralded as a classic even if it has all of the right ingredients). I know that she and her colleague Keller, along with others, will compile a reading list of literary classics (we do this, too, naturally).

Yet who is to say that I will gain more from Melville than from Justin Torres? Or that a classic text is necessarily filled with deep thoughts? (Ladies and gentlemen, I give you Fanny Hill.) Whenever someone says “the classics,” I cringe, since that phrase includes a lot of “dead white guys,” as our contributor Amanda Nelson knows. There aren’t a lot of women or any other minorities represented in “the classics,” and that is because for centuries their writing was not cultivated, encouraged, and taken seriously in equal measures with their “classic” contemporaries.

Maura Kelly would probably quickly agree that the great Nigerian author Chinua Achebe’s works should be on a Slow Read list–but what about Zadie Smith’s? Yes? Wait one minute, Ms. Kelly: Who gets to decide that Smith is a classic, but that Sidney Sheldon isn’t? Any decent literary or cultural studies department will acknowledge that Rabelais’s Gargantua and Pantagruel is a classic, a text integral to the development of the modern novel, yet its content is frivolous and salacious.

One of the loveliest (and yes, classic) lines of poetry is from (classic!) poet William Butler Yeats: “How can we know the dancer from the dance?” How can we know the reader from the text? All humans require food as fuel for organs, muscles, and bones, and while each person’s optimal diet might vary, most people could be given a simple weekly meal plan (not too much! mostly plants! Alert! Alert!) that would keep them alive. When your pediatrician suspects your baby might have a food allergy, she starts you on a regimen that at first consists of just beef and carrots–two substances that all humans can digest.

Is there any text–any text–that “all humans” can digest? Unlike animal protein and root vegetables, due to our different languages, cultures, religions, and other differences there is not even one text (book! Only books! Alert! Alert!) every human being can interpret.

My point is that we should think about being less prescriptive and more encouraging when it comes to books and reading in this age of media change. Kelly is wrong when she says that “a television show isn’t likely to stay with you too long after the night you watch it.” There is a lot of great television, and many excellent movies, that stay with us long after we watch them. That is the problem we need to combat in reading–getting people to pick up books instead of sitting in front of screens. If we order them to read every night and digest only the most fiber-filled fare, will they do so? Or will they allow their books to gather dust along with their meat grinders (mostly plants!) and click on over to Netflix?