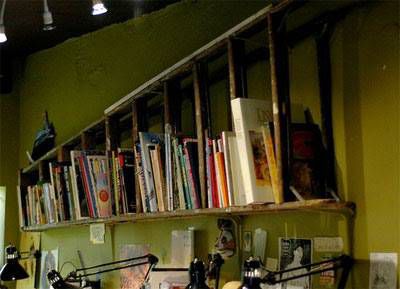 To celebrate Book Riot’s  first birthday on Monday, we’re running our best 50 posts from our first year this week. Click here for the running list. This post originally ran July 10, 2012.

I was trying to describe my friend to someone else a few days ago, and I called him “the most well-read person I know.” Even though I said it, I’m not entirely sure what I meant–the term “well-read” has always had a hazy, nebulous character to me. It lies somewhere near “reads a lot of classics” and left of “knows about obscure authors I’ve never heard of, especially ones from other countries” and generally around “understands Everything in All The Books and therefore has something interesting to add to almost every conversation” and perhaps even “reads For Fun what most of us read For Guilt And Bragging Rights.” It’s the sort of thing I couldn’t define, but could indentify when I saw it.

So what does it actually mean to be well-read? With over 129 million published books in the world (according to Google), what is the formula that allows you to select a few thousand in order to attain well-readness before you die? What about genre? What about number of books read? We all know someone who reads three or more books a week, but are they books that add to that someone’s well-read factor? And then there are the problematic “Read These 17,583 Before You Die And You Will Be The Well Readinest Person In Your Suburb” lists.

WordNet, Princeton’s English lexical database, defines well read as “well informed or deeply versed through reading.” I agree with this on the surface, but it leaves the gate open for only reading about one thing in your life, ever. You can be well read in medieval poetry written by monks who rode donkeys only on Tuesdays. You can be well read about vampires and the various incarnations of their girlfriends, be they surly or Southern. In my case, I am “well informed and deeply versed” in Victorian-era Western literature because I have read mostly classics in my life. But I don’t think this definition covers a general concept of well readhood.

I crowd-sourced this question on Twitter and I really like the answer I got from Emily of Reading While Female (@ReadWhileFemale): “Well read means reading widely from a broad range of genres and subjects…Reading widely includes, but is not limited to, literary fiction and classics. Reading 200 paranormal romances =/= well read.” If you replace “paranormal romance” with any other genre and then never venture outside of that genre, I would also say that that doesn’t equal being well read. I would add (and I’m sure Emily would agree) that the definition should also include understanding what you read and being thoughtful about it.

While it might sound snobby to some, I agree with Emily’s point about literary fiction and classics. I don’t think you can be well read and skip those areas of literature. I also think that you have to include non-fiction.

So, let’s nail this down. Being well read means reading thoughtfully from a wide variety of genres (not limited to, but definitely including, the classics) and a multicultural array of authors in such a way that allows you to think and converse about the human experience intelligently.

This isn’t a problem-free or final definition. What is a “wide variety,” numerically or categorically speaking? Who defines what is and is not a classic? How many cultures do you have to read from to have read multiculturally? However, I think the openness of a definition like this gives each reader with a desire to be “well read” enough flexibility to pursue his or her own reading journey in a way that is both purposeful and free-form.

What do you think? Is your definition of well read totally different?