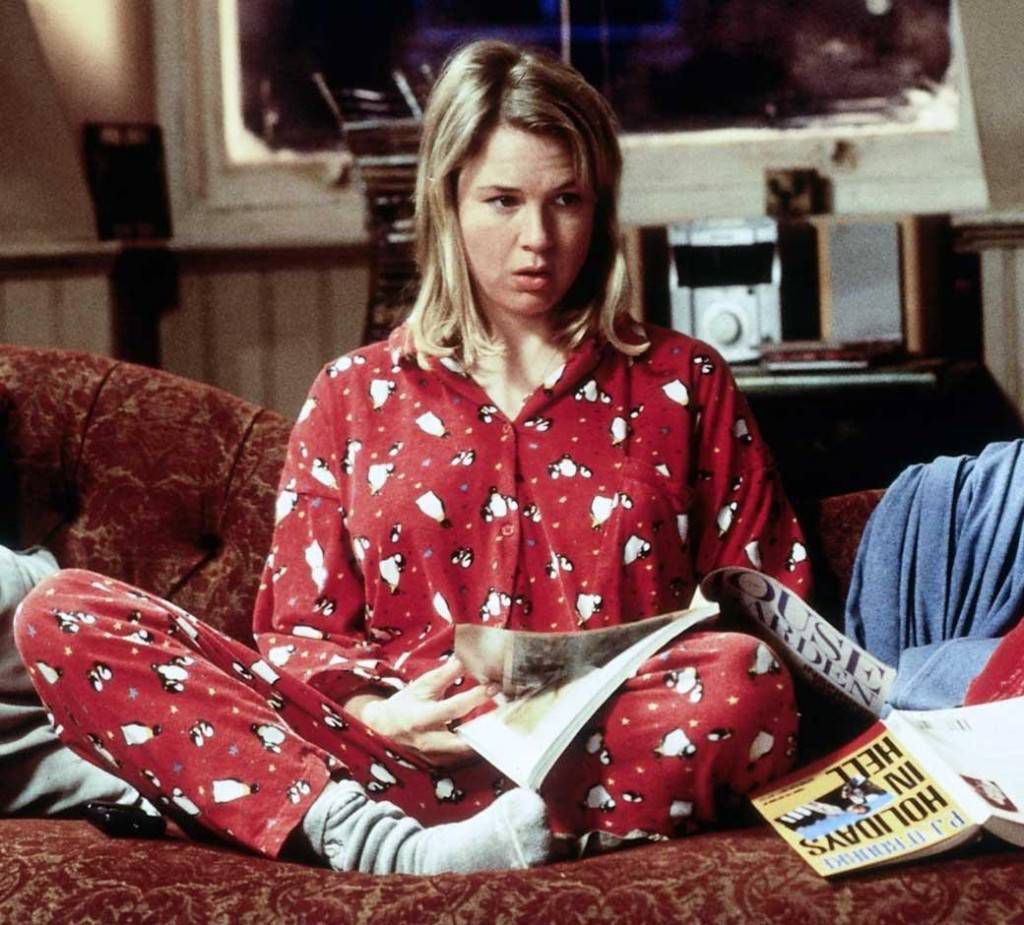 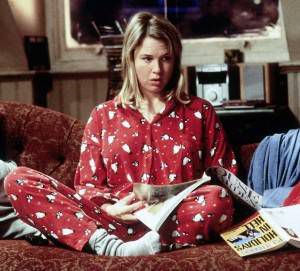 I hope it’s okay that I’m writing you an open letter. As two of your diaries are international best sellers, I’m just going to go ahead and assume that this format will work for you.

I just wanted to tell you that you are not fat.

In your first published diary, your weight usually fluctuates between 125 and 130 pounds, sometimes slipping over into (gasp! shock! horror!) 131 pounds. When you get into the 130′s, you self-flagellate, the emotional equivalent of a medieval monk putting on his hair shirt and then whipping himself with a cat-o’-nine-tails for not believing in God enough, or something Catholic like that. Bridget Jones, because you are supposed to be an average woman, I’m guessing you are somewhere between 5’4 and 5’5. 125 to 130 pounds on a 5’4 to 5’5 woman is not fat. That’s basically my height/weight in a nutshell. And I’m not fat. I FEEL fat all the time, but that’s my fault for living in Los Angeles and working in the entertainment industry and also being a participant in Western Civilization. Yes, I feel fat. I pinch my stomach, my thighs, my hips, my upper arms, and there is something to pinch. But having something to pinch is not the same thing as being fat. I recently had a slightly-inebriated discussion with a female friend where we discovered that our boyfriends were both nervous about our new commitment to intense workout regimes, afraid our asses would disappear in the process. How terrible can your pinch-able parts be if someone you love is afraid they will disappear?

Bridget Jones, I get that your fictional account is satire. I get that Helen Fielding, Creator and Ruler of your universe, in doing a modern adaptation of “Pride and Prejudice,” wanted to take the Elizabeth Bennet character one step further. She’s not just prejudiced against Darcy, she’s prejudiced against EVERYTHING, including herself. I get that Bridget Jones is supposed to be body dysmorphic. I get that you are supposed to be so preoccupied with your weight, career, and relationship status that you fail to see what is so great about you. Two million readers see it and you don’t. How can you be more self-prejudiced than that?

I guess the trouble sits with (as it usually does) the film adaptation. When the first movie came out, everyone made a crazy-big-huge deal about the fact that Renee Zellweger gained twenty pounds to play the role. The conversation became “Renee Zellweger got fat to play Bridget Jones,” when it really should have been “Renee Zellweger used to be a pretty blonde skeleton and now she is a pretty blonde human being.” Second film comes out, more of the same. The third film is in development and Renee goes on record saying she refuses to gain weight again and will wear a fat suit this time around. Renee, I think you meant “Normal Human Person Suit” but semantics, whatever.

I get that all of this must have hurt your feelings, Literary Character Bridget Jones. If Emma Stone were playing me in a movie and made a big deal about drinking twelve milkshakes a day to become the hippopotamus-whale-pig that I am, my feelings would be hurt too. This was the biggest mistake the movie made (because it got the casting of Hugh Grant and Colin Firth all kinds of right). It took dysmorphic female self-perception and made it truth. It took a fun house mirror and turned it into a regular mirror.

The trouble with satire is when we forget that it’s satire.

I want to remind you, Bridget Jones, that when you got down to 119 pounds a third of the way into your first book, no one thought you looked like a million dollars. You got a lot of people saying that you looked “tired.” That’s the polite person equivalent of saying you look like a Stephen King character crawling out of a bath drain.

In conclusion, Bridget Jones, to reference the New Years resolutions you set for yourself at the beginning of your first diary, you probably should not drink or smoke as much. Or eat milk trays, whatever those are. You probably shouldn’t go to the gym just to buy sandwiches. You should probably eat more fiber.

But there’s nothing wrong with something to pinch. I need you to believe this so that I can believe this too.