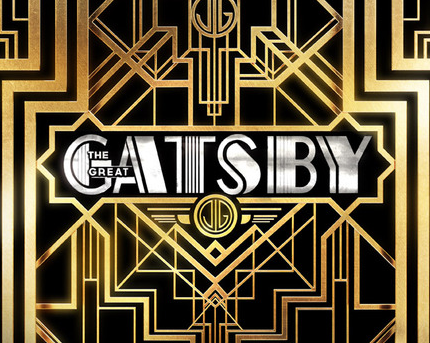 To celebrate Book Riot’s  first birthday on Monday, we’re running our best 50 posts from our first year this week. Click here for the running list. This post originally ran May 24, 2012.

Let’s do a run-down of this trailer.  The general internet consensus is that this is insane. I think it’s insane AND I want my very own padded cell in this asylum. Let’s do this thing.

:05- Art Deco title cards snap by. Me and a bunch of people who took art history classes in undergrad are excited.

:06- We start bumping the bass-heavy beat of “No Church in the Wild” by Kanye West and Jay-Z featuring Frank Ocean. Me and a bunch of fourteen-year-olds are excited.

:09- Tobey Maguire’s Nick Carraway narrates “New York: 1922. The tempo of the city had changed sharply. The buildings were higher. The parties are bigger. The morals were looser and the liquor was cheaper.” We see a girl standing up and dancing in a car because seatbelts don’t exist in the 1920s, a car swerving down a rich person’s driveway because driving schools I guess also don’t exist in the 1920s, and two flapper girls slamming their boobs against each other because straight girls being gross under the male gaze has been a thing since people wore pelts and lived in caves in France.

:28- I’m guessing Jordan Baker is the girl with the “Bernice Bobs Her Hair” bob who pushes Tobey Maguire around all the time. IMDb tells me this actress, Elizabeth Debicki, has been in exactly one other thing. Baz is labeling her his “discovery.” Girl, I’m ready if you are. Also, on IMDb, I saw that Isla Fisher is playing Myrtle Fisher. I have no feelings about this. Tom Buchanan will be played by Joel Edgerton. I do have feelings about this. I know they originally tried to get Ben Affleck, which I would have LOVED. I think it would have been my favorite small-big part of his since he played an Elizabethan-Dick-Actor in Shakespeare in Love. So far I’m okay with Tobey-face as Nick, but if they end up doing a bunch of last-minute reshoots with Joseph Gordon-Levitt, I would be a little more okay with that. Or Ryan Gosling as a very sexed-up Carraway? I think I missed my life’s calling as a casting director.

:35-… and we get Daisy Buchanan AKA Carey Mulligan with her opening trailer line “Gatsby? What Gatsby?” I’m on the fence about Mulligan in this trailer. I think she’s FINE. But I want more than fine. But I’m having trouble imagining an actress who would be more than FINE in this role. Maybe a 1950s Marilyn or 1960s Shirley MacLaine? I never saw Mia Farrow in the 1974 version, but I can imagine that working. I never saw Mira Sorvino in the 2000 version and (spoiler alert) I’m never going to.

:44- …and we get our first shot of Leonardo DiCaprio staring out at his backyard party through a bay window, cigarette in hand. Every straight girl and gay man in America searches frantically for smelling salts and a red velvet fainting couch. Finally, finally after 15 years of waiting through Gangs of New York, The Aviator, The Departed, Blood Diamond, Shutter Island, and Inception,  the You-Are-So-Hot-Your-Mom-Must-Have-Had-Sex-With-a-Greek-God Titanic version of DiCaprio is back. Somewhere, so many angels are getting their wings.

1:00- At the one minute mark, the title cards remind you that Baz directed Romeo + Juliet and Moulin Rouge. We don’t really need the reminder because every in-sane party shot in this trailer is classic Luhrmann. Nuts parties are really his signature, which is probably 120% of the reason why he agreed to direct this movie.

1:10- Uh oh, they just let DiCaprio speak and his “pretending to be rich” dialect is a little wonks-ville. I’m just going to focus on his hair.

1:11- And now we switch over to Jack White’s cover of U2’s “Love is Blindness” because this is the part in the trailer where we remind you that this is a SAD STORY and SERIOUS THINGS ALSO HAPPEN.

1:23- Now we get a bunch of quick shots that are super-visual and cinematic trying to prove that this movie has any business being in 3D. It doesn’t have dinosaurs or spaceships and it’s still in 3D, this makes no sense. At one point we see Leonardo DiCaprio throwing a bunch of shirts off his second story landing and pretending this is a fun thing people do. Actually, Leonardo DiCaprio is worth making a movie in 3D. I just saw Titanic in 3D/IMAX, dude holds his own with dinosaurs and spaceships. I’m telling you guys, that hair…

1:50- Leonardo DiCaprio in a white suit walking purposefully out of a rainstorm into his house. I’m so fine with all of this.

1:54- Tobey Maguire is like “F— you DiCaprio, I can be attractive in the rain too.” A for effort, Maguire, but Carraway is not Gatsby and Wet You in the Rain is not Wet Leo. This is the man who spent half of Titanic being handsome in glacier water. You can’t out-wet him.

1:56- Dr. Eckleburg Oculist Billboard Sighting! Nerds OUT! Well, nerds can’t go out yet because we still haven’t seen the Green Light. At least I didn’t, does someone else have better eyes than me?

2:08- There’s lots of screaming in windows and WWI flashbacks and someone’s running around carrying a human-sized bottle of champagne and I’m fine with all of this.

2:15- We get Carey Mulligan’s V.O. : “I wish I had done everything on Earth with you.” I just realized that Daisy Buchanan was the original manic pixie dreamgirl. That baby-doll voice, those Nicole Richie House of Harlow hair accessories, that whole men-projecting-their-fantasies-no-girl-can-possibly-sustain-onto-you! Somewhere Natalie Portman’s character in Garden State doesn’t feel special anymore.

And now, for real, Nerds OUT!