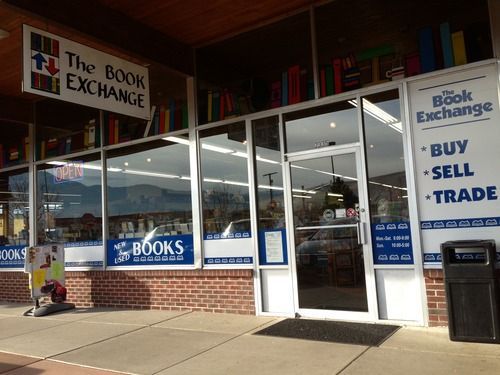 The Missoula Independent has reported that eight employees have quit The Book Exchange, an independent bookstore located in Missoula, Montana, in the past two weeks following several incidents of sexual harassment and the owners’ lack of response to the reports. I encourage you to read The Independent‘s more in-depth report of the events, but what follows is a summary:

Nabil Haddad is the husband of the store’s owner, Rebecca Haddad. Three women have come forward to report harassment by Mr. Haddad dating back to 2014. Miranda Keenan and Melanie Sourbeer both reported that Mr. Haddad grabbed/slapped their buttocks in 2014 and 2016, respectively. They both reported the incidents to management and later experienced behavior from Mr. Haddad that they perceived as punishment for reporting on him.

In March of this year, Kyle McAfee, a store manager, witnessed Mr. Haddad following a young female customer around the store for an extended period of time with his phone in hand. Sunshine Tucker, a former employee of The Book Exchange, experience similar harassment a few days following the event Mr. McAfee witness. Ms. Tucker was followed around the store by Mr. Haddad for approximately an hour and she believes he photographed her from behind based off of noises she could hear his phone making. Ms. Tucker was so frightened by the experience that she locked herself in the bathroom to escape Mr. Haddad.

Following the incident, Ms. Tucker reported the harrassment to Stephen Torrez, a well-liked employee and manager. Mr. Torrez had been with The Book Exchange since 2002. During a meeting with the Haddads, Mr. Torrez broached the subject about how sexual harassment allegations were handled. Mr. Torrez was fired during the meeting.

Re: Appropriate Business Attire. Please keep in mind that you represent this store. In recent years clothing has become more & more revealing. While this may be the “fashion,” let’s face it, most [of] the population is neither supermodel slender nor able to carry off these “fashions” attractively. … Skin tight leggings, lycra, and other tight-fitting attire invite stares, so if customers and others are staring (this includes me) we ARE, but NOT in admiration!

After seeing the new note on employee dress code, Sunshine Tucker approached Rami Haddad, Nabil and Rebecca’s son who operates the Liquid Planet outlet within The Book Exchange and is the store’s de facto HR manager. She turned in her notice to him and explained that, despite her previous intention to leave, the offensive dress code note had been the final straw. After being made aware of his mother’s note, Rami Haddad removed the page from the pass-along book. Ms. Tucker posted the dress code note, which she’d photographed, onto her Facebook page on June 5th.

These events are horrific taken on their own, no one should ever be touched without their permission. No one should be stalked or photographed without their permission. Simple as that. What makes these incidents particularly upsetting is the lack of response to the reports made by employees. Or, if not a lack of response, then employees are being punished for making them or asking for the reports to be investigated and addressed. The Haddad brothers have claimed that they were unaware of anything prior to Ms. Tucker’s resignation and have hired an independent party to investigate the claims. Note that Rami Haddad’s initial response to the reports of sexual harassment by his father involved disbelief since no one had reported the same behavior when Namil Haddad had been a professor of psychology at the University of Montana.