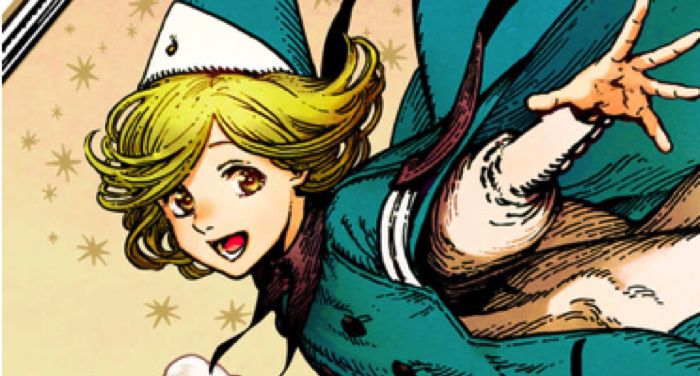 The air is getting cooler, the leaves are changing colors, and pumpkins are starting to pop up all around town. Which means it’s my favorite — and the most magical — time of year! With fall in full swing and Halloween just around the corner, ‘tis the season for witchy reads! And what better witchy reads than some of the best witch manga you can get your hands on right this very moment?

In Japanese popular culture, and in manga and anime especially, witchcraft is very (if not most) commonly featured in works of the magical girl genre. Needless to say, this means we’re picturing more of a Kiki from Kiki’s Delivery Service as opposed to the warty, green crones a la the creepy Halloween decorations I saw around the neighborhood as a little kid. Which is all the more reason for you to continue enjoying these witch manga picks year-round instead of limiting them to everyone’s favorite October holiday.

While young witches coming of age is certainly a huge theme, the best witch manga also include witches as antagonists, mysterious wish-granters, beings with no magic at all, and more. There’s a little something for everyone, whether you want something gentle and cozy, dark and action-packed, or something in between. 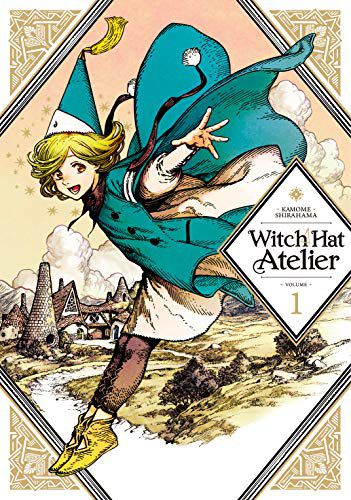 Coco wants nothing more than to be a witch. Unfortunately for her, only those who are born with the ability to use magic can be witches, and Coco was not born with that ability. As Coco is about to accept her fate and give up on her dream, she meets the mysterious Qifrey, a traveling magician who practices rune magic. Unlike any other type of magic she ever knew about before, Coco discovers that there may be a chance for her to achieve her dream after all. 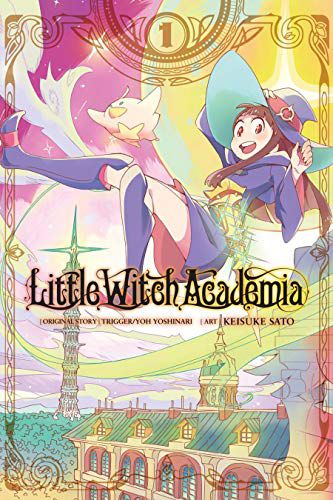 Similar to Witch Hat Atelier, Little Witch Academia is also a series about a non-magical young girl pursuing her magical dreams. Atsuko “Akko” Kagari has dreamed of becoming a witch ever since she was 6, when she went to see a show by the witch Shiny Chariot. Now, she has been accepted to Luna Nova Witchcraft Academy, the alma mater of Shiny Chariot herself! Can Akko live up to her idol and make her dreams reality? Little Witch Academia is based on the popular anime series created by Yoh Yoshinari and produced by the animation studio Trigger. 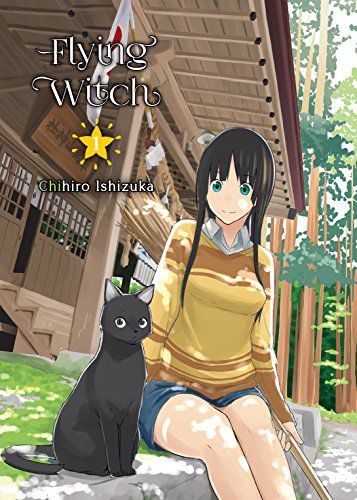 Fifteen-year-old Makoto Kowata, a witch in training, leaves her home in the big city of Yokohama to live with relatives in a rural town in Aomori Prefecture. This gentle slice-of-life series follows Makoto not only as she continues her witch training, but also as she grows accustomed to her new home. Complete with a lovable black cat familiar, this series is a great pick for those looking for a Kiki’s Delivery Service read alike. 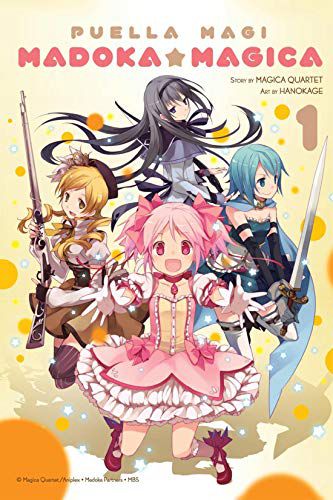 Adapted from the critically acclaimed anime series created by Magica Quartet and produced by the animation studio Shaft, Puella Magi Madoka Magica follows middle schooler Madoka Kaname as she learns of the world of magical girls. After having a mysterious dream, Madoka and her friend are approached by a strange cat-like creature named Kyubey, who offers to grant the girls a wish if they agree to become magical girls and fight against witches. With dark and complex themes that contrast starkly with the series’ cute design and subvert the typical expectations of the magical girl genre, I’d recommend this manga (and the original anime) to readers looking for something a little more unexpected.

High schooler Kimihiro Watanuki, haunted by his ability to see ayakashi spirits, stumbles upon a wish-granting shop run by the witch Yūko Ichihara. Yūko agrees to grant Watanuki’s wish to be rid of his ghostly visions, but only on the condition that he pay her in the form of labor. While the work he does for her starts out as typical household chores, Watanuki eventually gets sent on more and more errands involving the spirit world. This modern classic is a must-read for fans of dark fantasy and the supernatural. 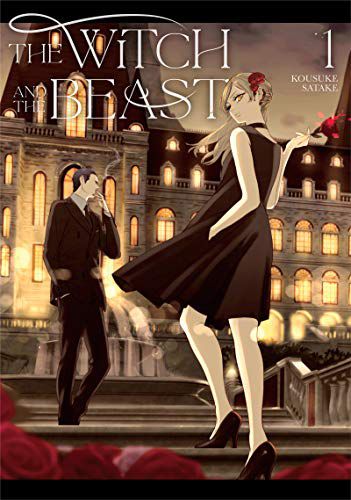 Whenever a witch-related incident occurs, the mysterious duo of Ashaf and Guideau are close behind. Ashaf is a quiet man who carries a coffin and travels with crows, and Guideau is a fierce woman with fangs and beast eyes. The two work for The Order of Magical Resonance, tracking the disastrous events that happen around town and going after the evil witches responsible for causing them. If you’re looking for something badass and action-packed, this is the pick for you! 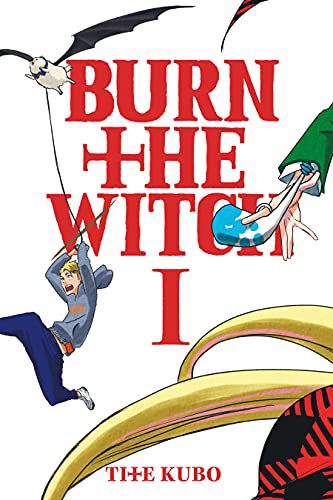 Burn the Witch by Tite Kubo

Tite Kubo is best known as the creator of the manga Bleach, and Burn the Witch is a story that takes place in the same universe. Noel Niihashi and Ninny Spangcole are two witches who work for the Western Branch of Soul Society, at the Natural Dragon Management Agency in Reverse London. It is their job to keep the dragon population under control so that they don’t run rampant and bring harm to people. 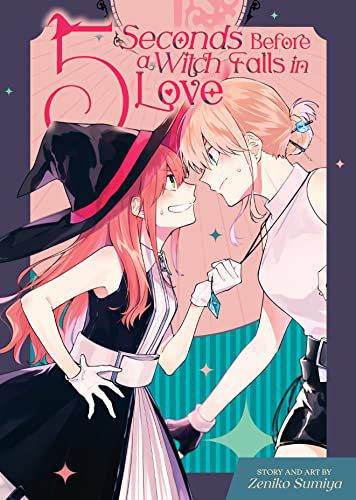 5 Seconds Before a Witch Falls in Love by Zeniko Sumiya

This manga is actually a mini collection containing two interconnected stories, as well as an additional one shot. The interconnected stories that give the collection its title follow a witch named Meg and a witch hunter named Lilith who are sworn nemeses but also attracted to each other (though they wouldn’t admit it). Meg finds herself in a position where she must save her enemy after an altercation results in Meg turning Lilith into a cat, and sparks fly between the characters. Fun fact: the title of this manga is a play on the title of a famous Japanese pop song of the ’90s, which you can enjoy here! 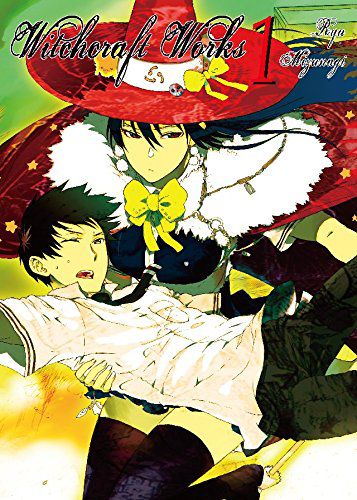 Ayaka Kagari is gorgeous, tall, and intelligent, the idol of her high school. Honoka Takamiya is a supremely average student who sits just one desk over. The two have never really talked, but one day after classes, Honoka is attacked suddenly by a group known as the Tower Witches. And who saves him but none other than Ayaka, who reveals herself to be another type of witch who has been protecting Honoka for quite some time. 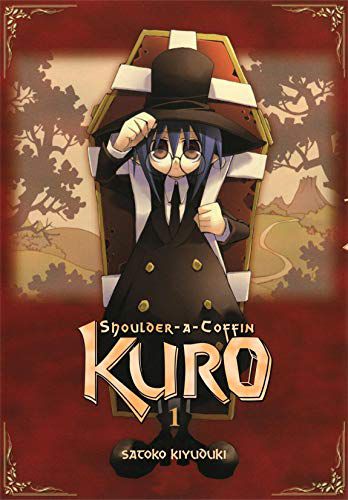 Kuro is a mysterious traveler who carries a coffin on her back and is accompanied by shapeshifting twin girls and a snarky bat. Kuro is on a journey in search of the witch who cursed her, and over the course of her expedition and encounters with various strangers, more and more is revealed about her background and how she came to be on this journey in the first place. In a unique approach to a dark fantasy adventure story, this manga is written in the yonkoma format, which is typically much more common for the comedy or slice-of-life genres. What results is a beautiful fairy tale that is all at once gentle, humorous, atmospheric, and thoughtful.

For more manga recommendations, check out our list of excellent supernatural manga, as well as our list of the best manga overall.

And for even more witchy reads, we’ve got you more than covered!