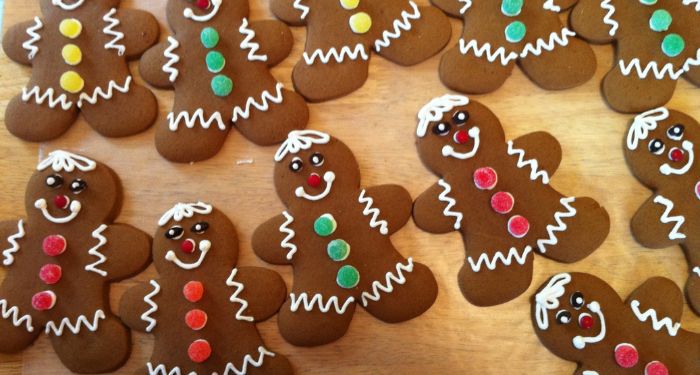 It’s time for another holiday edition of Cookbook Showdown. This time, we’re focusing on gingerbread, my favorite flavor of the holiday season. That mixture of ginger and molasses calls to mind fairytales and Christmas treats. And a certain Gingerbread novel by Helen Oyeyemi, but that’s a story for another day.

The History of Gingerbread

According to Making Gingerbread Houses by Rhonda Massingham Hart, gingerbread recipes have been around since 2400 BCE, when ancient Greeks and Egyptians used it for ceremonial purposes. Gingerbread came to Europe in the 11th century CE when crusaders brought it back from the eastern Mediterranean.

In medieval Europe, gingerbread became a favorite treat of festivals and fairs. The cookies would be formed into all kinds of shapes, such as animals, birds, flowers, and armor. Ladies would sometimes give their gingerbread to knights to wish them luck at tournaments. Sometimes they would eat little husband-shaped gingerbread cookies in the hopes of finding real husband.

Apparently, the softer, cakier version of the treat (the kind you bake in a pan) didn’t rise to popularity until gingerbread came to America. Mary Ball Washington, George Washington’s mother, was well-known for her gingerbread loaves, and her recipe was passed down through generations of Washingtons.

Okay, I didn’t try out Mary Ball Washington’s recipe. But I did try out quite a few gingerbread recipes. So let’s have a look at how it went! 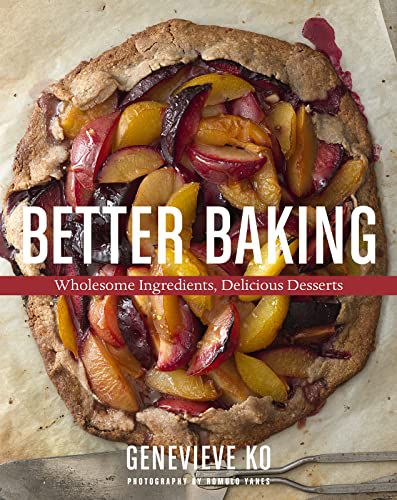 I decided I should share these recipes in the order I actually made them, so that you can go along on the full journey with me. I started off my gingerbread journey with a fresh jar of molasses, brand new cookie cutters, and excitement for all of the tasty sweets in my future.

For any cookie recipe where you’re cutting the dough into shapes, you will likely have to chill the dough for a few hours. The recipe in Better Baking was no different. This recipe was easy to follow. And after chilling the dough, it was very easy to roll it out (with minimal flouring) and cut it into shapes.

I liked how Ko’s book included a version of the recipe for snappy thin cookies and thicker, chewier cookies. I’m a chewier gingerbread person, which is part of why I’m looking at gingerbread men rather than gingerbread houses. The houses tend to call for a thinner cookie. A lot of the difference in the two recipes came down to how thin you rolled out the dough. Unsurprising.

But how did they taste, you ask?

Pretty good. Of the three gingerbread cookie recipes I tried, this was the least sweet of the batch. I hadn’t made any royal icing yet because this recipe hadn’t called for it. But this is one recipe that would have definitely benefited from a little sweetness from icing and decorations. So yeah, if you’re planning to go all out on decorating, these cookies would take to that well. I ended up sprinkling a little brown sugar on the top of my second batch just to make them sweeter. 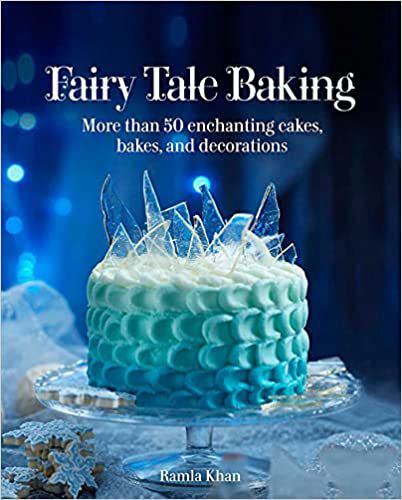 This book is so, so beautiful, and there are plenty of fairytale-inspired recipes in this book that I would love to try. But this gingerbread recipe? It was a chin-scratcher.

First of all, compared to the other recipes on this list, the amount of ginger this one called for was surprisingly low. And the molasses was minimal. The recipe called for all of the wet ingredients to be heated together in a pot and then cooled before adding the dry ingredients. After that, it didn’t ask that the dough be chilled before it was rolled out, which didn’t end up being a problem.

What did end up being a problem? This dough was really, really crumbly.

As you can see, these gingerbread people started crumbling apart before I could even get them to the cookie tray. The cookbook uses this same recipe to make a few different gingerbread shape, like a gingerbread house (of course) and a gingerbread bed full of candy.

I’m not the best at building things with baked goods, so maybe I’m not the person to ask about this, but it seems like it would be really difficult to build anything with this recipe without the whole thing crumbling to pieces.

At the end of the day, this cookie recipe tasted fine, and I commend Khan for being so inventive with baked goods. But I feel like this recipe is more for decorative gingerbread vs. gingerbread you’d actually want to eat. 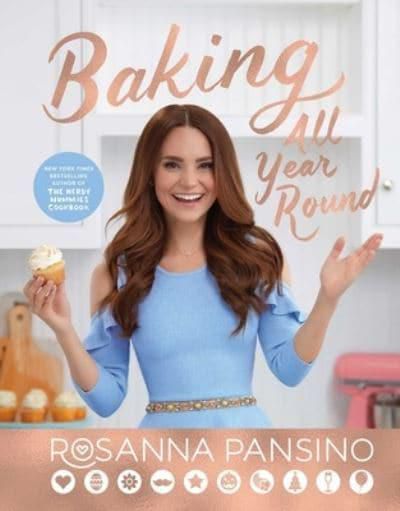 Baking All Year Round by Rosanna Pansino

By the time I made it to the third round of gingerbread men baking, I’d seriously finished off every last bit of ginger in my house. And I was tired of eating gingerbread, to be honest. Still, I had to carry on! This recipe was my last hope.

So here’s the thing about cookies with a lot of molasses in them. Even after I chilled these cookies for many hours, they were still super sticky. This made it challenging to shape them into little people without the dough stretching all over the place. One of the things that helped me find gingerbread man integrity was wiggling the cookie cutter around. This helped keep the dough separated. You can still see a few little stretch gingerbread people in this picture, but by the second or third batch of cookies, I got the hang of it.

So how did this one come out? I loved them. These were the fluffiest of the three cookies, but they still had a crispness to them (probably from the ginger). They also tasted perfectly sweet on their own. I had royal icing ready to go, but I decided against it. Even though the recipe called for cute decorations, these just didn’t need it. And honestly, I thought these little puffy dudes looked perfectly cute just as they were. 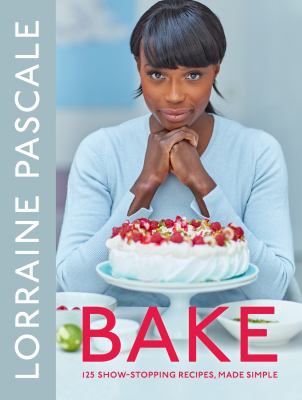 Let’s talk gingerbread cakes and loaves, my personal holiday obsession. With Bake by Lorraine Pascale, let me go ahead and state the obvious. She’s British, and I’m American, and so I struggled with converting some of the measurements. Hey, I studied English not math. But I prevailed and correctly measured everything for this gingerbread treacle parkin. I was a little shocked by how much butter went into this one. I had to check the measurements multiple times to make sure I’d converted correctly. But other than that, this recipe was really easy to follow.

What is parkin? Well, in simple terms, it’s cake. More specifically, it’s a ginger cake originating from Yorkshire. In terms of this recipe, I would argue that this tasted more like a brownie. Or rather, a gingerbread blondie. It was very moist and rich (shocker! all that butter!) and it was delicious.

This parkin heats up really well as well. Zap this in the microwave for 20 seconds, and it gets warm and gooey all over again. This one is another one that didn’t need any fancy decorations or icing. But I did drizzle a little royal icing onto these when I brought them to work just to make them more visually appealing. 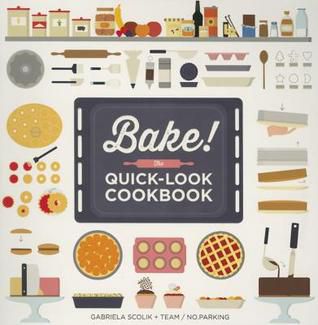 Gabriela Scolik’s Bake! is such a fun cookbook because it’s told almost entirely in pictures. You would think that would mean the recipes are super duper straightforward and easy to follow. And you would be partially right.

I loved the pictures because it was easy to follow along and remember where I was in the baking journey. However, I felt like some things were missing. Sections of the recipe seemed oversimplified, like we were missing steps, and I had to just improvise and assume what happened next.

Also, the recipe says that it’s egg-free, but clearly in the steps of the recipe, it says to add an egg. I think if I were looking for recipes that were egg free, I’d be really disappointed by this omission.

Other things that needed clarification: the baking time. The recipe says to only cook this loaf for 30 minutes, but it was nowhere near done by then. I think I ended up baking this for 45 minutes just to get the middle cooked. And then the sides burnt and the middle part collapsed. Do I suck in the kitchen? Maybe. But Bake! could have helped out!

With all that being said, this still tasted delicious. This one was a lot less rich than the parkin. And less sweet. My husband and I actually ended up toasting this one up for breakfast. This one has the consistency and sweetness of a delicious banana bread, so why not eat it for breakfast? Gingerbread for every meal, I say! 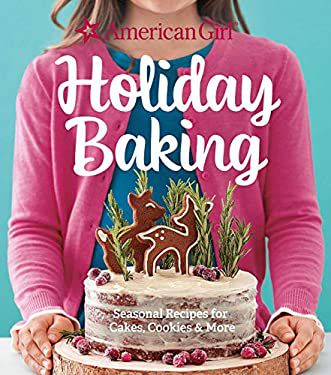 The secret ingredient? Cayenne pepper! I wouldn’t say the pepper made the gingerbread spicy, but it did add a really delicious bite to it. It was just a little pinch, so not enough to overtake the ginger, but it really made this cake taste a little more complex. Turns out your cake doesn’t have to be super sweet if it’s got a tasty flavor on its own.

In other words, American Girl, you’ve done it again!

And the Winner Is?

I don’t want to keep you in suspense any longer. The winner is…

Aside from the issues with the sticky dough, Pansino’s recipe was super easy to make. I feel like the fluffiness of the cookies make them look even cuter when they’re shaped into little people. They were also sweet, but not too sweet. This is a recipe I’ll most likely make again.

But not for a while. We as a household are still recovering from this wild wave of gingerbread foods. So I think we’ll stick with peppermint for a little bit.

Happy holidays, friends! What gingerbread will you be baking up this year?

Are you looking for more ginger recipes? Here’s a showdown to find the best ginger cookie recipe.