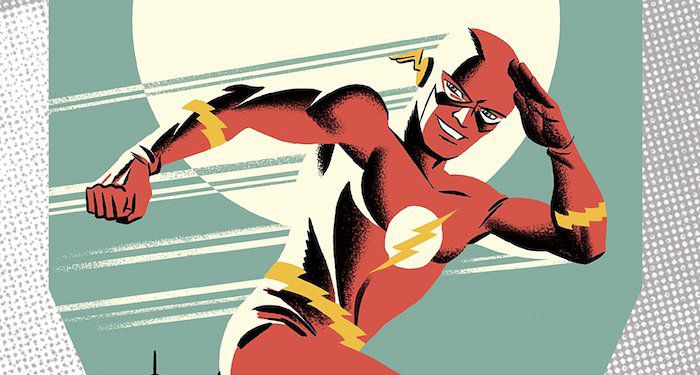 This year will bring us the return of the CW’s Flash, starring Grant Gustin as the titular superhero, for its ninth and final season, starting February 8. It looks like it may also bring us a Flash movie in June, starring Ezra Miller, despite all the upheaval at WB, the end of the current DCEU, and Miller’s various criminal charges. So…that’s happening. Yay.

For those of you who aren’t ready to say goodbye to the Flash of the small screen, or would prefer to get your Flash from somewhere other than the version coming to the big screen, I’ve gone ahead and rounded up my list of the greatest Flash (and Flash-adjacent) comics of all time. It includes comics featuring all four Flashes (Jay Garrick, Barry Allen, Wally West, and Bart Allen), plus extended Flash Family members like Kid Flash and Jesse Quick, and spans every era of DC history, from pre-Crisis to post–Infinite Frontier.

But first, a note: as with so many long-running superheroes, Flash comics have overwhelmingly been written and drawn by white men. Understandable when the Flash debuted in 1940; less understandable in 2023. While we wait for this franchise to stop lagging behind the rest of the world, check out these comics by creators of color or these comics by women. 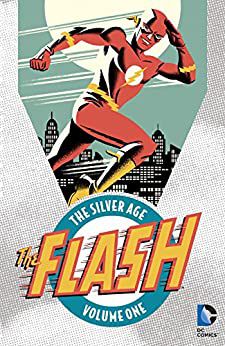 The history of the Flashes is the history of comics, or at least DC Comics. The first Flash was Jay Garrick, who debuted in 1940, and was a hit character during what’s now known as the Golden Age of Comics. However, in the post-war years, as interest in superheroes waned, Jay eventually disappeared from the magazine racks.

In 1956, DC decided to try to revitalize some old IP’s by dusting off the Flash concept and creating a new secret identity to go with it: Barry Allen, police scientist. Barry had a snazzy new costume, genre-redefining art courtesy of his co-creator Carmine Infantino, and an emphasis on both real science and plausible (…ish) science fiction that felt exciting and modern at the time. He was so popular that DC revamped a number of other older characters and just generally went all in on the superhero again. In fact, Barry’s debut would turn out to be such a landmark event in comics history that it’s now considered by most to be the start of the Silver Age of Comics.

This volume collects Barry’s first appearance and earliest adventures, as well as the debut of his sidekick, Kid Flash (Wally West). With charmingly zany plots by John Broome and the aforementioned sublime art by Infantino, whose techniques for drawing super-speed are still emulated by artists today, these stories are some of the best DC’s Silver Age has to offer. 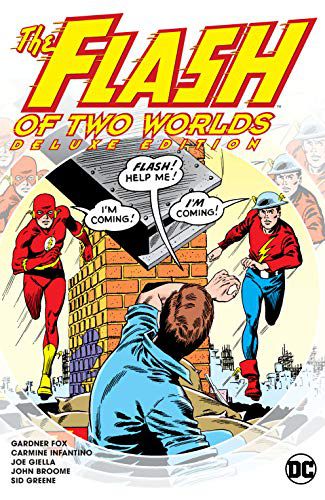 In 1956, Barry Allen replaced Jay Garrick. In 1961, he brought him back. In this iconic story, Barry discovers that he can travel to parallel universes by vibrating the right way (shhh, just go with it). In one such universe, which he dubs Earth-2 (and his own world as Earth-1), he meets his predecessor: Jay Garrick, the Golden Age Flash. Not only is Jay a great character in his own right, but this story introduced the concept of the multiverse to the DCU, a concept which went on to shape DC’s history in major ways and underpin many of their most important stories, including 2011’s Flashpoint, which inspired the upcoming Flash movie. (Please do not read Flashpoint.) 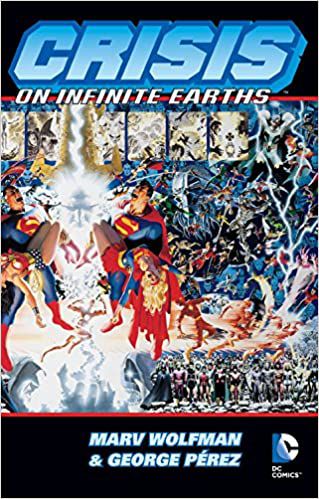 Remember that whole multiverse thing? Well, by 1985 it had gotten so cluttered that DC decided to do away with it entirely. (This didn’t last.) To do so, they published their most epic story of all time: a 12-issue maxiseries featuring literally hundreds of characters battling the evil Anti-Monitor, who sought to destroy all of reality. In Crisis on Infinite Earths #8, Barry sacrifices himself to strike a key blow against the Anti-Monitor and save all of existence. It was a shocking death at the time — and even now, nearly 40 years later — is poignant and inspiring. 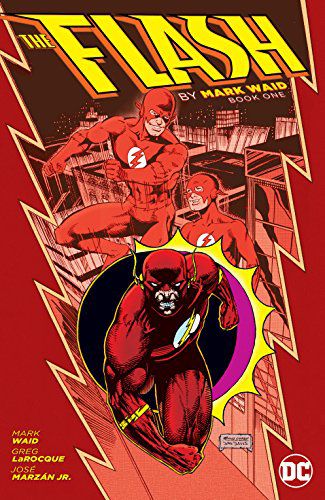 After Barry Allen died in Crisis on Infinite Earths, former kid sidekick Wally West took over for his late uncle as the new Flash. The Wally who first steps into those yellow boots is immature, selfish, and insecure, all of which is compounded by his grief and his struggle to live up to Barry’s memory with glitchy powers. But over the course of 230 issues, Wally grows into his role and his new, adult self. He discovers the Speed Force, the mystical energy that powers all speedsters. He falls in love. He builds a Flash Family. It’s a gradual, organic progression that only monthly comic books, with their decades-long serialization, can demonstrate, and it’s a joy to watch.

If 230 issues is too many for you, I suppose you could just read Mark Waid’s run (starting at #62), which is still considered by many fans to be the best Flash comics ever — and it’s handily collected in trade form, too. But don’t sleep on William Messner-Loebs’s run in #15–56. I’ve written before about how much Messner-Loebs’s Flash comics mean to me, and his thoughtful character work set up all the tools Mark Waid would later use in his subsequent, better-known run. 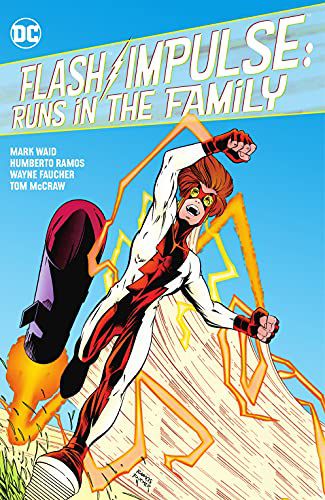 Okay I’m sorry but you really do have to read all of Impulse. It’s only 89 issues! Totally doable.

Bart Allen is Barry Allen’s grandson, who grew up in virtual reality in the 31st century due to his out-of-control speed powers. Later he would go on to become the second Kid Flash and the fourth Flash before eventually returning to his Impulse identity, but in his first solo series, he’s just a sweet, easily distractible fish out of water, learning to be an ordinary boy in a sleepy small-town in Alabama. This series is totally kid-friendly, accessible to new comics readers, and my favorite comic of all time. Warning: it will make you cry. 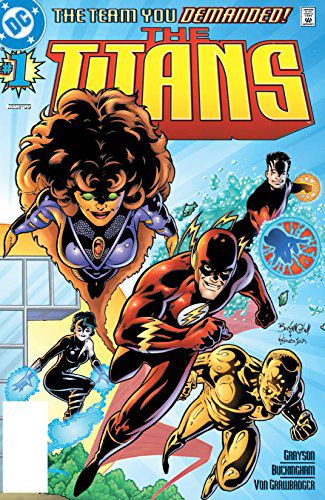 The Titans (1999 series) by Devin Grayson and Mark Buckingham

Jesse Quick is part of the extended Flash Family, a speedster with a legacy going all the way back to the Golden Age via her father, Johnny Quick. She’s a frequent guest star in Wally and Bart’s books, but she takes a bigger role in the 1999 Titans series. If you love complex characterization and messy interpersonal relationships a la the X-Men at their best, you’ll love this series — and Jesse, a take-no-BS workaholic with a propensity for making absolutely terrible romantic decisions. 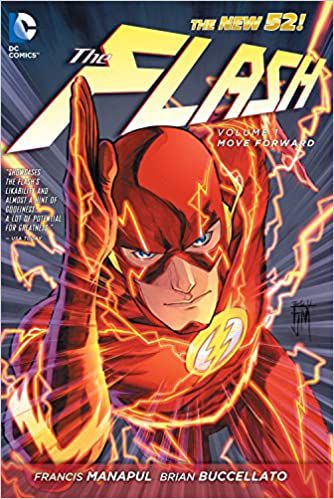 In 2011, DC rebooted their entire universe, erasing things like the Flash legacy and Wally West’s, um, entire existence. (We will not discuss what they did to Bart.) Since those are my favorite things about the Flash franchise, I have trouble with the New 52 Flash series that followed — but Francis Manapul’s exquisite art goes a long way towards helping me make my peace with it. I still kind of want to fist fight this book, but it’s definitely the prettiest Flash comic ever published. 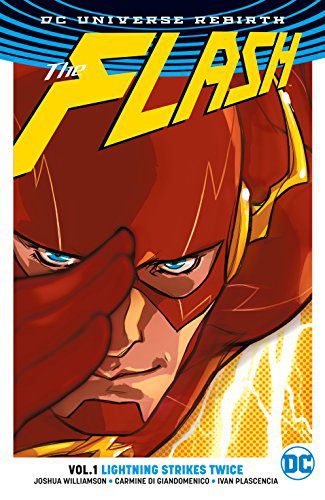 DC started to course correct in 2016 with another reboot, Rebirth. The subsequent Flash volume brought back Wally and Bart, as well as giving a more central role to Wallace West, Wally’s cousin and the new Kid Flash. (Yes, this family has two cousins with the same name. The explanation is exceedingly complicated so I will spare you.) It also introduced the Flash of China, Avery Ho, and great new villains like Godspeed. I’d say this is the most tonally similar to the TV show, if that’s your jam — a bit messy, with a Barry who is admittedly sort of terrible, but elevated by its ensemble and good heart. 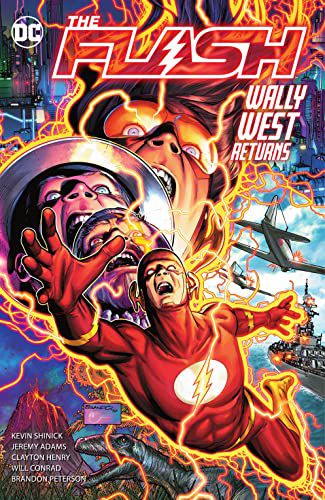 And then sometimes comics are perfect.

At the start of 2021, Barry stepped away to do weird multiversal science, and Wally took over as the star of the Flash book. From the very first issue, Jeremy Adams established his Flash book as quite simply the best comic DC is publishing right now. It’s completely accessible to readers who have never picked up the Flash before while being deeply, satisfyingly embedded in DC continuity and Wally’s personal history and growth. It’s perfectly paced and giddily creative — there’s a body-hopping time travel storyline where every new scene has a new artist! There’s an “interactive” issue that reads like a superhero take on The Monster at the End of This Book! Every issue will make you laugh, and some will make you cry. Please read this comic. 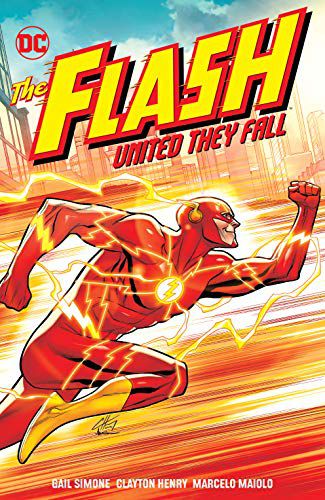 The Flash: United They Fall by Gail Simone, Clayton Henry, and Marcelo Maiolo

Finally, this breezy volume was originally published for comics exclusive to Walmart, so the stories are explicitly designed to be accessible to new readers and show fans. If you don’t want to bother with the eight decades of history I just gushed over (although please do!), pick this one up for a quick Flash fix.