We asked our contributors to share the best comic book, graphic novel, or webcomic that they read in the last few months as we screamed the biggest goodbye-never-see-you-again to 2020. From a family heist, to sports, fairytales, and a cannibal true crime—I said what I said—and more, there’s something here for all comic readers! 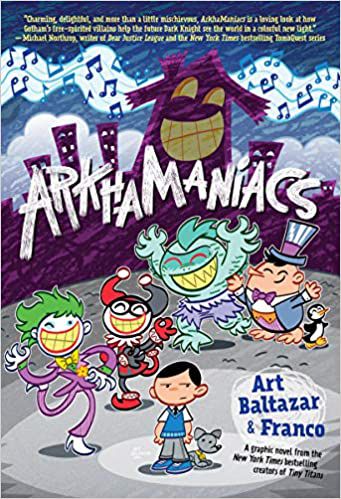 Arkhamaniacs by Art Baltazar and Franco

In this recently released graphic novel, we follow a truly lonely and young Bruce Wayne who is in need of some true blue friendships. What I loved the most about this tale is that we follow Batman’s younger years in a truly inspiring and creative way and meet a lot of DC characters as children. The plot follows Bruce, who learns the power of imagination and the importance of having fun, through his brief visits at the Arkham apartments. He learns these lessons from the most unlikely of teachers, his usual sworn enemy, The Joker. The tale has its heart warming and laugh-out-loud moments and it’s a great introduction to DC characters for middle grade readers. I highly recommend it, and it’s a great addition to any graphic novel and beloved comic collection. 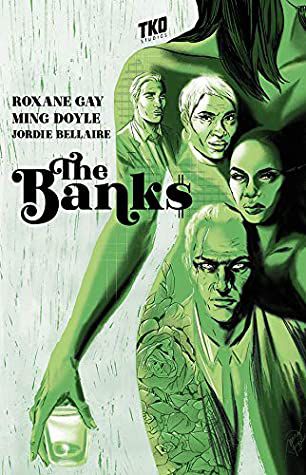 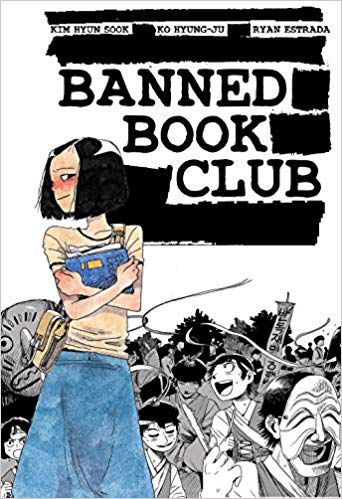 Kim Hyun Sook’s graphic memoir completely captivated me and drew me into 1980s South Korea and a piece of history I knew little about beforehand. Hyun Sook has just entered university as a freshman, eager to dive into books and further her education. However, at this time a military regime ruled South Korea and used censorship, spying, and fear tactics as some of many ways to exert control. Hyun Sook finds her niche among a close-knit group of classmates who take part in a secret banned book club. I loved reading about Hyun Sook coming of age in such a turbulent time, as she navigates feelings for one of her new friends and starts to find herself and stand up for social justice. I highly recommend this powerful story—it serves as a stark reminder of the importance of our right to read. 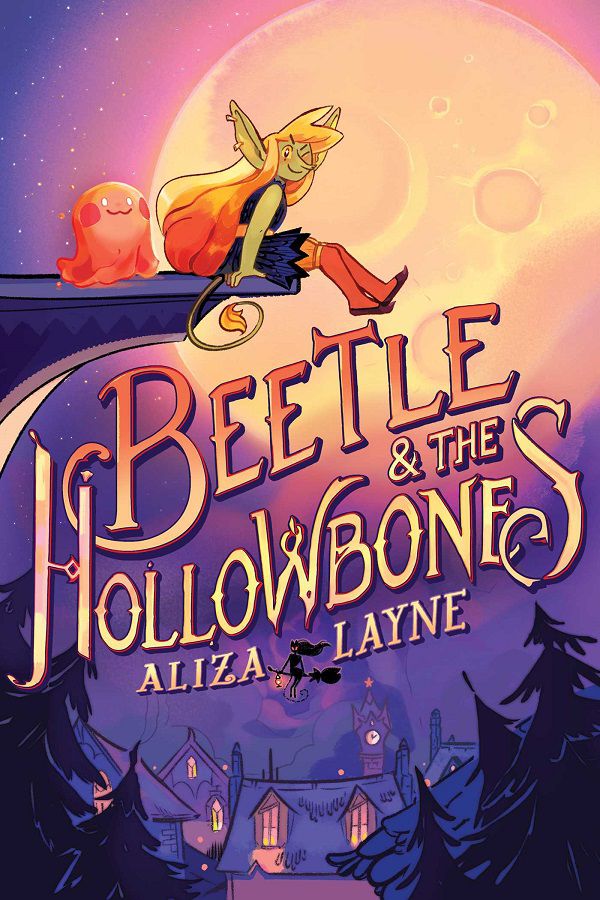 Beetle and the Hollowbones by Aliza Layne

This middle grade graphic novel was just the cutest. Beetle is a goblin witch learning to do magic with her gran as a teacher. Then she finds out the mall in her Halloween town—which her nonbinary friend Ghost Blob is doomed to haunt—is going to torn down. By who? Power-hungry Marla Hollowbone, whose niece Kat, a cat skeleton sorceress, is back in town. Can Beetle and Kat save Ghost Blob, defeat Marla, and admit their feelings for each other? Can kindly old healer midwife witch Gran bring back the badass sorcery from her youth? Gorgeous art, endearing characters, and fun LGBTQ+ representation for kids! 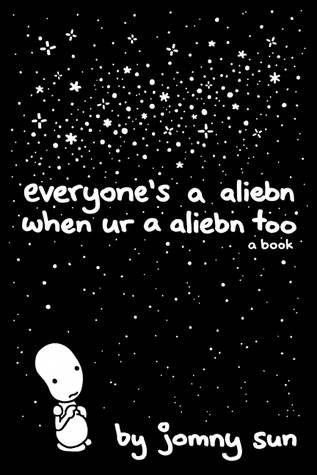 A  story about being an outsider in an unknown world, this book tells the story of an alien, or aliebn, named Jomny who is tasked with studying earth and humans (humbans). Over the course of the story, Jomny meets all kinds of creatures and learns to feel a little less alone in the universe. This is a fantastic graphic novel filled with likable and interesting characters. It provides a great reflection to anyone who has ever felt like they didn’t belong. An endearing and heartwarming story. 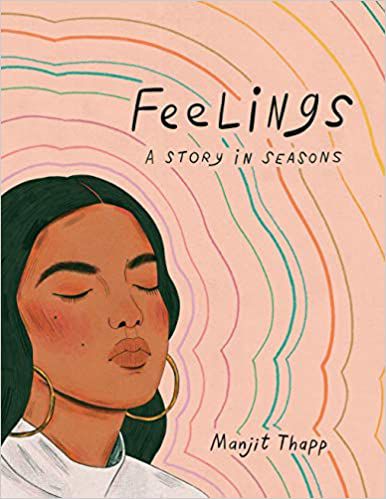 Traveling through the seasons, Manjit Thapp’s art follows her own changing emotions and moods as they mirror the weather. It’s a really visually interesting and creative way of expressing how we as humans are really just sophisticated plants who need water, sunshine, and good soil to thrive. I’ve had a lot of anxiety lately about what winter is going to mean during a pandemic, when it’s dark all the time and we’re trapped inside. Feelings was a wonderful reminder that everything is temporary, and summer days are still ahead. 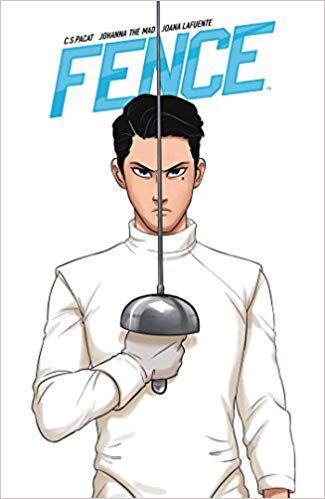 I picked up the first volume thinking I was going to have an hour of fun, and at the end of that hour I was itching for the other three available volumes (which I put on hold immediately and picked up from the library a couple of days later). All of the characters in Fence are absolutely fascinating…even the ones you kind of hate but empathize with, because CS Pacat is the master of her craft. From the passionate underdog to the stoic champion to the captain who takes care of everyone but himself, there’s someone to love everywhere you turn, even if they aren’t on the fencing team. Also, everyone is basically queer unless shown otherwise.

By far one of the best graphic novels I’ve read this year. Maybe ever. Full of beautiful illustrations and a heartwarming story of love and acceptance. Nguyen weaves together fairy tales, each uniquely reimagined by the character telling them, to help a family connect across generations and cultural divides. Stunning in every sense of the word. 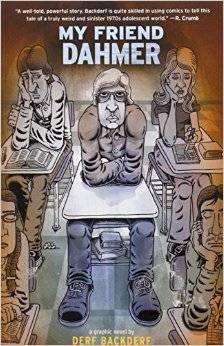 Derf Backderf tells the story of Jeffrey Dahmer as he knew him: A weird kid in high school who was welcomed into his friend group. My Friend Dahmer is a sympathetic view of the notorious serial killer during his formative years of being disturbed and lonely. He was ignored by parents who fought constantly before divorcing and leaving him alone at the family home. He struggled with his sexuality. He came to school drunk and kept extra liquor in his briefcase. He became performed wildly in front of his classmates. It’s all a very sad story, but Backderf is adamant that his sympathies for Dahmer end the second he commits his first murder, and that’s where the story ends. 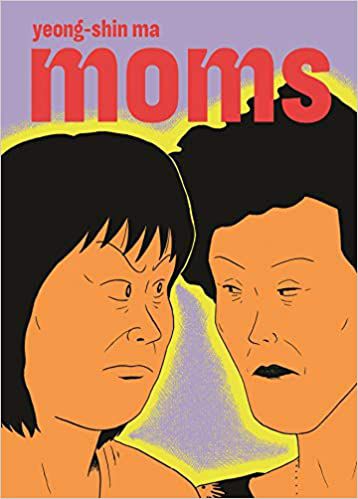 The moms in Moms are grasping, funny, gross, weird, sad—in other words, they’re a lot more interesting and relatable than middle-aged mothers in pop culture are usually allowed to be. (Usually, it’s only affluent, gorgeous moms who are permitted to be messy; yes, I’m looking at you, Bad Moms.) Moms also has a subplot about labor rights that manages to tackle gender, sex, class, and age all at once. This is a book with bite. 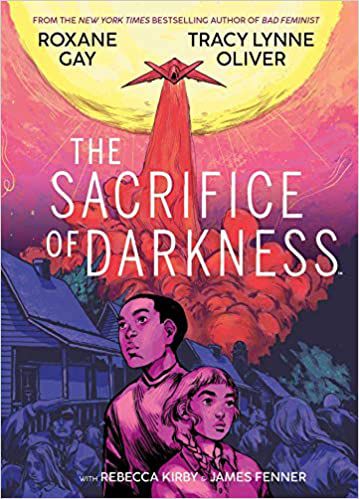 The Sacrifice of Darkness by Roxane Gay, Tracy Lynne Oliver, and Rebecca Kirby

This dreamlike graphic novel, adapted from Gay’s short story of the same name, reveals a universe in which the world has been bathed in darkness as the result of a tragic event. The fabulist story that follows is one of guilt and persecution and class and survival. But intertwined throughout is a sweet love story that provides readers with a beautiful thread of hope. I was thoroughly charmed. 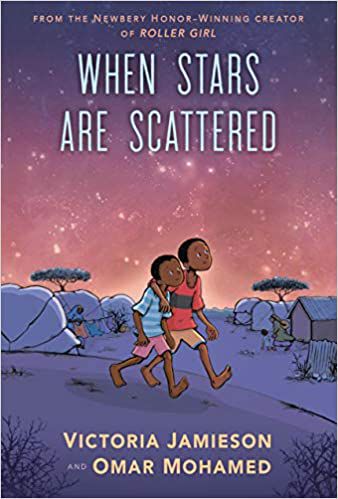 “No one chooses to be a refugee.” When Stars Are Scattered is an incredibly moving graphic memoir of one Somali refugee’s experience growing up in the Dadaab camp in Kenya with his brother, who has an intellectual disability. The comic format captures so many heartbreaking, vulnerable moments in his life story, yet he also speaks with an undertone of hope—a hope rewarded when he was finally resettled in the U.S. I’m so glad this got a nod for the National Book Awards; it’s a powerful tool for building empathy and awareness, so I hope many more come to read it as a result. Made in collaboration with the creator of Roller Girl, it was designed for a middle grade audience, but I recommend it for anyone 8 and older.