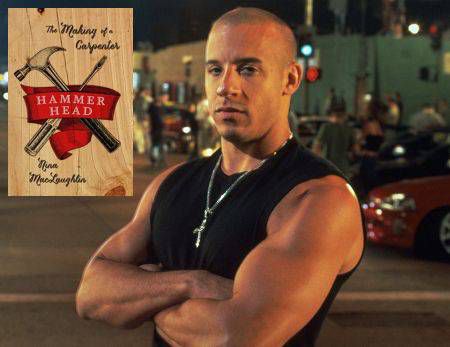 My pick this month is 100% sentimental reasons. Truthfully, this particular Secret Wars tie-in was a solid, consistent series but didn’t absolutely blow me away in the middle. Still, it was a really cool concept and I felt like it handled the Battleworld setting better than many of the other tie-ins. What elevated the 4th and final issue of Captain Marvel & the Carol Corps to my pick of the month were the final few pages of the story … and Kelly Sue’s letter at the back saying goodbye to her time writing Captain Marvel. I found myself tearing up in those last few moments of the story, as the Carol Corps’ motto was said one word at a time across four panels, then as Carol herself flew into oblivion. But I was flat out sobbing at Kelly Sue’s letter. As someone who only really started catching up to Carol’s adventures in the last year, I was honestly shocked that this issue hit me as hard and as precisely as it did. Any book that can make me feel this hard deserves to be highlighted.

Pre-teen girls are so rarely the heroes of a story, and the kickoff to this wonderful new series makes it clear this is a terrible thing. Because the namesake paper girls of this series are tough as nails and made wholly of grit and curiosity, with a pinch of childhood nostalgia.

Plus, Brian K. Vaughn immediately embraces his signature weird factor (astronaut angels, anyone?) and weaves it in seamlessly with classic ‘80s throwbacks in a way that gives my heart everything it desires in life.

This series continues to delight and surprise me. Our favorite princess and her entourage rescue Raven, the Pirate King’s daughter, from her own tower. Raven has an awesome history–her father didn’t raise no damsel in distress! The story is brief but a lot happens to develop both characters. And now I need to go back and read the creators’ Raven-centric story.

This was recommended to me because I love the superhero story but I didn’t expect to love it as much as I did. One-Punch Man is a comic that pokes fun at the tropes of superhero fiction, manga fight sequences and the whole concept of the battle between good and evil. It’s a very entertaining manga with stunning art by Yusuke Murata that is breathtaking sometimes. I highly suggest you pick it up even as someone new to manga.

I’ve never been a big fan of the Inhumans, but I’ve always been drawn to Karnak – the kung-fu master who could see the flaw in all things. Warren Ellis deftly brushes aside Karnak’s recent demise by stating that he even saw the flaw in death and fought his way back to life. Now Karnak is the magister of the House of Wisdom, a pseudo-religious order of the Inhumans dedicated to the pursuit of wisdom. However, his reverie is disturbed by a call from Phil Coulson who wants Karnak’s expertise with Inhumans in tracking down a kidnapped child. While the issue primarily focuses on the setup for the rest of the series, we get glimpses of the new post-death Karnak – darker, more cynical, more philosophical. Ellis does what he does best in realizing the logical horror of Karnak’s power, taking the essential conceit of the character and turning it on its ear. Karnak knows when a smile is false, he knows the flaw in every argument, the hole in every philosophy. In his first scenes, he asks his adherents at the Hall of Wisdom to reflect that in the grand scheme of things rocks are more important than short human lives. The art reflects the dark themes of the book with a loose and sketchy art style for Gerardo Zaffino and a drab and muted color palette from Dan Brown that pops with color to highlight action. Early scenes of Karnak at peace are meticulously penciled and they increasingly get sketchier as Karnak goes into action. Karnak bats a bullet out of the air with two fingers, he tortures an AIM agent by placing two fingers on his femur and exploding his knee cap, Karnak does not relish this torture nor does he shrink from it, and that’s his flaw.

GraphicIndia is a publisher that I’ve never taken the time to check out. And, if I’m being completely honest, hadn’t even heard of before I heard that Alcatena was pulling art duties on some mysterious book called Empire of Blood. Needless to say, I thoroughly enjoyed this weird, weird little book. You can read me gush about how much I enjoyed this book over in my Art of the Start piece. Graphic India, you are now on my radar. I look forward to delving into whatever else you have to offer the wonderful world of comics.

Almost immediately after I talked up the Archie Horror black-and-white reprint of Chilling Adventures of Sabrina #1 for my article on Halloween ComicFest, I managed to pick up the rest of the series at a Back to the Future Day sale at my local comic shop. And am I glad I did—this series is amazing. Aguirre-Sacasa manages to hit just the right mix of horror and nostalgia, and Hack’s artwork is beautiful and gruesome all at once, evocative of classic horror films. But my favorite has to be issue #3, in which Sabrina prepares to be baptized into her coven, and features my favorite goat-related joke of the year. My only regret: the series has been chronically delayed, with issue #4 released in July and no solicit yet for #5. Here’s hoping we will eventually see more of this terrifying beauty.

You’re reading Ms. Marvel, right?? If not, you are missing out on one of the most emotional moments in storytelling I’ve had the pleasure to participate in. The long-awaited, highly-anticipated final issue in the current arc lived up to the hype and then some. It’s the end of the world (at least one of them, anyway), and All of the Emotions were present. Thoughtful, funny, and incredibly moving. this is an issue I might actually bag, board, and hoard (unlike all the others, which have peanut butter and coffee stains all over them, I am not a careful reader, ok??). Fair warning, reading this issue might result in Excessive Feels.

Hyperbole and a Half: Unfortunate Situations, Flawed Coping Mechanisms, Mayhem, and Other Things That Happened by Allie Brosh (Swapna)

Reading is usually a solitary activity for me. I nestle into a pile of blankets and pillows and inhale what I’m reading, reveling in the solitude and recharge time that reading provides me. But Hyperbole in a Half was a book I couldn’t do that with, for the best of reasons: It was so funny, so smart, so thoughtful and perfect that I had to share it. I spent most of the book reading passages out loud to my husband, with both of us laughing out loud at Allie Brosh’s raw honesty and self-deprecating humor. I can’t say enough great things about this book, and I’m so looking forward to her next one, out in 2016.

Imagine a lost tale from Gabriel Garcia Marquez as adapted by Rod Serling.  A sleepy fishing village is shaken by the return of a luminous orb just offshore. Its arrival sparks the attention of the local constabulary, the town drunk, two lovers, a foreign researcher, and some adventurous children. It changes them all. This is the start of something special, a haunting bit of magic realism from some of the industry’s best.

I read a lot of good new comics this month. And many of them were highly anticipated, like Doctor Strange, The Twilight Children, and Black Magick. Any of those books could have been my pick of the month. But sometimes a #1 issue just hits you unexpectedly. For me, that was Rowans Ruin #1 from Boom! Studios. I picked it up without much foreknowledge — just based on the fact that I’ve liked most things Mike Carey has written. But this turned out to be the start of a perfect Halloween treat! Our heroine, Katie, is a young woman who needs a change… so she hooks up with an online House Swap service to trade her studio apartment for a Very Old English House… with a lot of Strange Goings-on. I could see this story easily translating into a low budget horror flick, but somehow in Carey’s and Mike Perkin’s hands, this haunted house with an AirBnB twist rises above the standard fare. Carey’s script is lean but well-paced, and Perkins’ art manages to effectively blend the realistic with a foreboding shadowy atmosphere.

There’s a new Batman in town. No, it’s not a 31st century Jim Gordon, it’s, well, just one of the reasons to buy this massively entertaining issue. Writers JM DeMatteis and Keith Giffen and artist Howard Porter continue their saga of a future Justice League comprising humans genetically altered with the DNA of long-dead superheroes. As well as the Cadmus-created Superman, Batman, Wonder Woman, Flash (x2), Green Lantern (x2) and a super-sinister Firestorm, there’s a coterie of genuine 21st century survivors – the Super Buddies. Yes, the writers return to former glories with JLI members Fire, Booster Gold, Ice and Blue Beetle and it’s fascinating to see them adjust to a world in which a descendant of Jimmy Olsen has one very weird affliction (‘Cursed… by my ancestors… to walk the world as a TURTLE…!).

Other strands of this typically packed comic include a hilarious meeting between Injustice Leaguers Bane and Lois Lane (yes, really), the mysteries of prison planet Takron-Galtos’ Area 13, and Guy Gardner’s struggle at being in a female body (which has raised issues of transphobia in the comic). The best bit is lots of classic Silver Age Supergirl, the original Kara Zor-El having been diverted to the future while on a mission for Superman. DC may not have given us a new Supergirl book to coincide with the new TV show, but fans are certainly getting some Maid of Might goodness here.

Justice League 3001 #5 is a terrific blend of drama and humour, drawn with character and commitment. It could well be DC’s best superhero book.