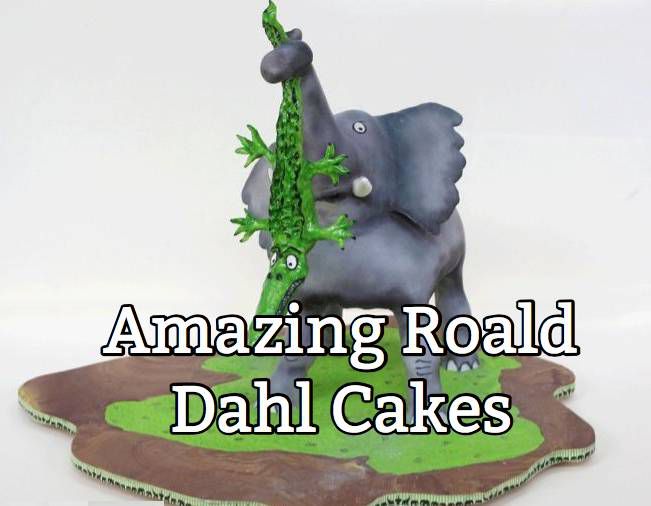 We asked our contributors to share the best comic they read last month. We’ve got capes, science-fiction, slice of life, and much, much more. Some are old, some are new, and some aren’t even out yet. Enjoy and tell us about the highlight of your reading month in the comments.

Kamala Khan continues to show us how to do super-heroics. In this issue she demonstrates that heroism comes in many forms — sometimes it’s just showing her generation that they have value, despite what they’ve been raised to think. I really like the villainous plot in this arc: a scientist has convinced kids that, because the planet is overpopulated, they’re better off being of use by becoming Matrix-style human batteries. But Kamala, of course, knows better. — Dave Accampo

So, I’m late to the party. Of course I’d heard of Saga before the end of 2014, but it was only when I joined Panels that I started to really understand what all the fuss was about. So lo and behold, I was at my local bookstore with some birthday money to spend when I see this large, baby-blue book on the shelf. It was perfect. Science fiction mixed with magic, family drama, gritty dialog, and a completely unpredictable story. It’s not only the best thing I read in December 2014, Saga is one of the best things I’ve ever read. Period. — Chris Arnone

This comic. This fucking comic. It’s bad-ass and audacious and gives no fucks. I know that’s the second f-bomb I’ve dropped, officially making this blurb R-rated, but it’s impossible to talk about Bitch Planet delicately. In fact, I think it would do the book a disservice to follow traditional rules of decorum. One of the many things we learned in this first issue is even being a “good wife” can get you sent to Bitch Planet. And once you’re up there, you’ll be manipulated and exploited. This is a brutal and unforgiving world DeConnick and De Landro have created. And like all great speculative fiction, the comic focuses a lense on the flaws in our current society and blows them up for commentary and criticism. It’s a brilliant first issue that demands attention. — Ali Colluccio

Writer/artist Matt Kindt has one of the most distinctive voices in comics, and that’s all on display in this 2013 graphic novel. Detective Gould, whose square jaw not-accidentally suggests Chester Gould’s comic strip creation Dick Tracy, is the town of Red Wheelbarrow’s unfoolable celebrity cop. In a series of seemingly unconnected stories of eccentric crimes — a woman who steals chairs, a man who cuts stolen paintings into scraps, a criminal who spells out clues with road signs – Gould’s wits are challenged. All these incidents are woven together through a series of conversations about the nature of crime, and the whole thing is tied together through an unexpected ending. This could all seem philosophically obscure, but the playfulness of Kindt’s art, with its almost abstract figures and soft-watercolor tones, creates a mystery for the eyes and the brain. — Caroline Pruett

Capture Creatures #1 and #2 by Frank Gibson and Becky Dreistadt

Gibson and Dreistadt, the creators behind the webcomic Tiny Kitten Teeth first imagined the animals in Capture Creatures as a side project which quickly ballooned into an impressively large “creaturedex.” Now, thanks to BOOM! Studios, the creatures have an ongoing series. Over 100 creatures with magical powers have appeared on Earth, and two teens need to figure out the hows and whys. Only two issues in, I’m completely addicted to this upbeat mystery that reads a little something like Lost with its desert island, weird science vibe. The artwork is impeccable; it’s one of the most gorgeous comics I’ve ever read, hands down. The color, the cuteness, the dynamic flow from panel to panel…it just doesn’t get better than this. –Andi Miller

Wolverine decides to set up a school for young mutants, like Xavier once did, to the utter disbelief of practically everyone (including himself). The Jean Grey School is a ramshackal disaster, run by him and Kitty Pryde, and Beast (who is a mad scientist at this point), populated with insane kids and confronted by someone from the Hellfire Club and, worst of all…the New York State School Board Inspectors, whom they are trying to impress and not terrify, or indicate in any way that some rooms have floors made of laval (it’s not on purpose, honest). This issue alone was so charming and funny, it made me sign up for the Marvel Unlimited app, just so I could carry on with the series. I have a soft spot for the X-Men anyhow, but they aren’t often funny, which makes this something pretty special. — Peter Damien

I’d been staring at the cover of this book for months. I found it hauntingly beautiful and delightfully intriguing, yet I didn’t know a single person who’d actually read it. Finally, in the mood for something short to read, I just bought the damn thing and read it. More of a European style graphic album than a full-length novel, this book is definitely something you could read in one or two sittings. The story follows a group of Russian soldiers in Siberia that get a mysterious and garbled call from Station 16, a long since abandoned nuclear testing site. When they arrive, the station is abandoned, but nothing is as it seems. It’s fantastical, good sci-fi, and wonderfully Russian in it’s attitude and despair. A great way to spend a lonely winter night with a tall glass of vodka. –Ryan Haupt

During the holidays, people tend to gravitate back towards the familiar. There’s comfort in knowing that everything will be like it used to be. Reading Jiro Kuwata’s 1966 Batman manga is sort of like that, but skewed enough to make Batman fascinating again. This book reprints Batman stories written and drawn for a Japanese audience who weren’t overly familiar with the Caped Crusader. The overall plot remains the same – Batman and Robin fight crime and are secretly millionaire Bruce Wayne and young Dick Grayson respectively – but the details are slightly different. Against foes with colorful names like the Human Ball, Go-Go the Magician, and Professor Gorilla, Batman and Robin battle in stories full of motion lines, random vacations to Jamaica, and a supporting cast whose eyes are roughly 1/4th the size of their face. It’s a fun look back at a Batman few people remember. — Jeff Reid 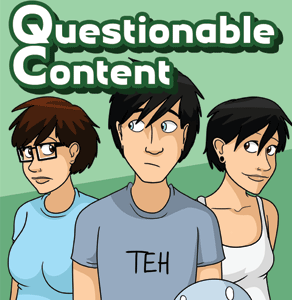 I’ve been reading Jeph Jacques’ webcomic Questionable Content for literally years. I’ve seen it evolve – not just in terms of the art and style, but in its humor and diversity. It’s developed into something ultimately positive and inclusive – I’m talking not just ethnic diversity, but also mental and gender and orientation, and even economic and… avian diversity. I’m particularly in love with the current storyline spotlighting a trans character who is totally awesome and it’s not even a thing. Well, it’s sort of a thing. A thing I totally ship. But I won’t spoil it. I’ve always loved QC for putting funny and witty ladies front and center, and I keep loving it because the author keeps on creating cast members who represent many different kinds of people. — Kristina Pino

This year I went to Locust Moon Comics Festival to spend the day with a friend of mine who was promoting some of his new self-publish comics. Not surprisingly, we spent a good chunk of the day talking comics. My friend pretty much hates everything so when he told me that I needed to check out Alias, I listened. In a moment of serendipity, that same day, the big boss man himself, Paul Montgomery was trying to unload his Alias trades because he picked up the new omnibus so I snatched them up immediately. I don’t remember the last time I devoured an entire comic book series as quickly as I blew through this. Alias is an incredibly well-crafted comic about a ex-superhero turned PI. When we first find Jones, she’s still trying to figure out how to make some new adjustments in both her personal life and her work life. Jessica dives into a couple cases, but the moments where we can just spend some time with her were my favorite. There’s excessive boozing, lots of chain smoking, and a whole lot of question “what do I do next?”. It’s really difficult to not absolutely fall in love with Jessica. It bums me out that the series only ran 28 issues, because I really need some more Jessica Jones in my life. Luckily, there’s the Netflix show coming out later this year starring Krysten Ritter, which I’m REALLY looking forward to. I’ve got a feeling she’s going to nail it. — Eric Margolis