Being immersed in the book world often means feeling you’re drinking from a fire hose of new releases. Every week brings more fodder for the TBR pile, and it seems like everyone is talking about that book you haven’t gotten to yet. Trying to keep up can be exhausting. Of course, there are plenty of new and popular books that live up to the hype, and it can be fun to read what everyone else is reading so that you can discuss it at length—but those aren’t the only books worth reading.

Not every book has a big marketing budget, and some amazing books get released into the world with very little fanfare. The Best Books You’ve Never Heard of series shines a spotlight on books that don’t get the attention they deserve. This is where we step back from the nonstop race to read the books of the moment, and instead give some attention to books that we don’t hear a lot of people talking about. Our entirely arbitrary cut off for this is books that have 250 or fewer Goodreads ratings—you can find out your own little-known gems by sorting your Goodreads Read shelf by “num. ratings”! But enough prelude: let’s get into the books! 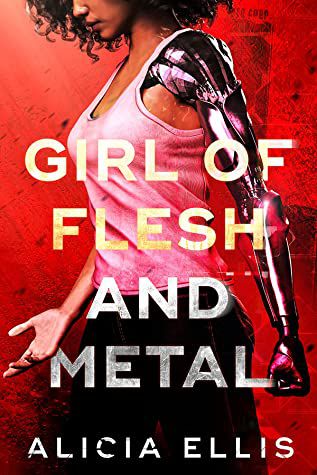 Girl of Flesh and Metal by Alicia Ellis

At first, I wasn’t sure what to think of this book. I love both YA and science fiction and while the blurb I read made me interested, I was nervous I’d be disappointed—but I wasn’t! This YA follows a teen girl named Lena whose parents are the owners of CyberCorp—the leading corporation in all things tech. On one hand, Lena enjoys the privileges of being the well-known and somewhat popular kid with her own crew, but her life changes after a near fatal accident and she’s now sporting an AI arm. She feels like a freak and her friends are now scared of her. Things take a turn for the worse when anti-technology activists start protesting and becoming more aggressive against Lena’s family. Lena starts sleepwalking and the following day learns that her friend was murdered. Eventually, Lena starts looking like a suspect and she has to do everything she can to prove her innocent or admit she’s turned into a murder. —Erika Hardison 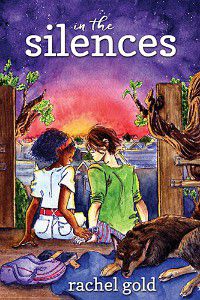 In the Silences by Rachel Gold

As many white people are starting a long-overdue education in whiteness and anti-racism, In the Silences is a great book to turn to. This is a YA novel equally about Kaz’s exploration of their nonbinary identity and their awakening to how racism affects their best friend (and love interest), Aisha, who is Black and bisexual. I loved how both Aisha and Kaz educate themselves to be better allies to each other—they support each other while recognizing that their struggles are different. What Not My Idea: A Book About Whiteness does for small children, In the Silences does for teens and preteens. They both explain that it is white people’s responsibility to learn about racism and fight to change it, and especially to educate each other. For both the nonbinary rep and the exploration of whiteness, this is a perfect addition to any high school library or teen’s bookshelf. —Danika Ellis 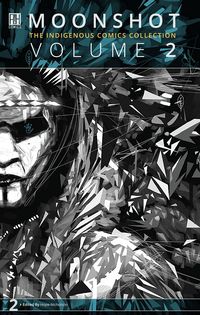 Moonshot is a series of indigenous comic anthologies. The first volume looked at the future, with sci-fi and fantasy stories. This volume examines the present, and each story is an own voices look at the author’s nation/community. One of the things I appreciated in both volumes is the range of art styles at play. Some are bright and simple, others complex and using dark tones. There are some names I know and love included, like Darcie Little Badger (if you haven’t read her F/F story about taking care of puppies in a spaceship in Love Beyond Space and Time, what are you doing?), Daniel Heath Justice (whose “The Boys Who Became Hummingbirds” is about a two-spirit boy), and Richard Van Camp. I used one of these stories to teach comics in a high school English class, and I think this is a great book to teach from.  —Danika Ellis 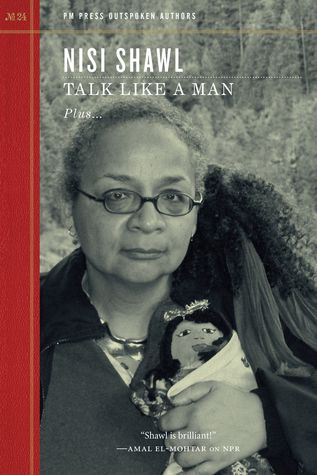 I’ve never really read a science fiction or fantasy novel that embraces Yoruba religions like Ifa into a fantasy short story that’s not mocking or making light of the practice. In Talk Like A Man, there are only a few short stories, but it almost feels like a biography of how they arrived in the headspace to combine African religion, fantasy, horror and science fiction all together. My favorite story is “Woman of the Doll” because it involves a woman, a doll, a cult and a worshipping altar. There’s also a mini lecture in the book to help readers understand Ifa more. —Erika Hardison 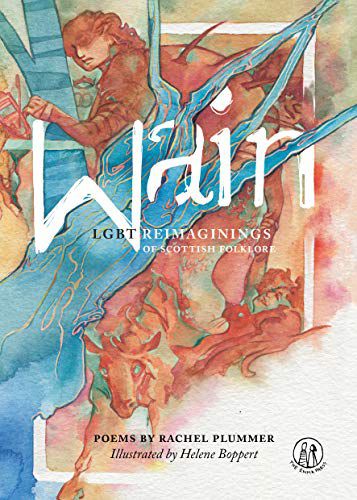 Wain is a beautifully illustrated poetry collection, drawing on Scottish myths and legends and reinterpreting them through an LGBT lens. A nonbinary Nessie, a kelpie that can see the truth of everyone’s gender, and two werewolf husbands are some of the characters you’ll meet within the pages. Although the collection is aimed at children, it’s a great read for poetry lovers of all ages. Reinterpretations of myths and legends are something I have a weakness for at the best of times, and Wain is an especially skillful example, drawing together the ancient and the modern in short snippets of legends that will draw you into a rich mythical world. —Alice Nuttall 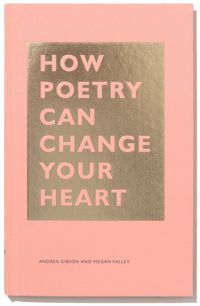 If you love poetry, this is a great book to celebrate your love with. If you are just starting out, this book can introduce you to the world of poetry by making you notice all the ways it breathes in the world around you. It’s heartwarming, witty, smart and underrated. It encourages you to let go of preconceived notions and appreciate poetry in all its unpredictable glory! —Yashvi Peeti 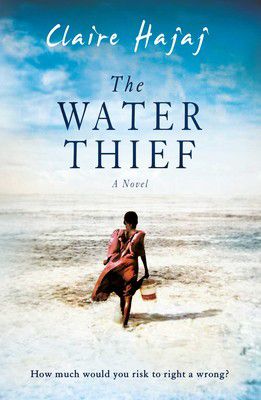 The Water Thief by Claire Hajaj

Written through the eyes of a British man who goes to a remote village at the edge of the Sahara to atone for his own guilt, The Water Thief is, surprisingly, not a story of redemption. Rather, it explores how journeys like these are not about those who make the journey, no matter how selfish their motives. Nick’s developing relationships with the family he lives with have their ups and downs, and while not everyone has a happy ending, it brings about a sense of peace that seems far more important. —Anmol Irfan 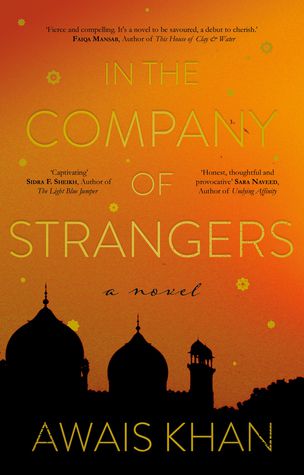 In the Company of Strangers by Awais Khan

I particularly loved Khan’s book because he managed to write his female South Asian characters as people who actually exist. While that seems easy enough, female representation in South Asian media is heavily polarised, so In the Company of Strangers brought a refreshing change. Even in their flaws, his characters maintain their relatability—particularly Mona. The book also touches upon some sensitive topics but manages to do so while maintaining its gripping tone and appearance of everyday life in Lahore. —Anmol Irfan 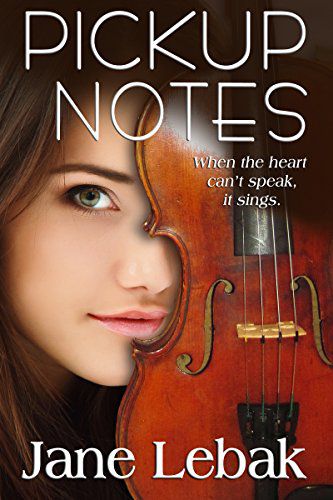 First and foremost, the main character in this book is a violist. Which is just awesome in and of itself. Why? Because violists are awesome! On a serious note, I really enjoyed this story about a musician whose life wasn’t, if you’ll pardon the pun, playing out the way she wanted. She was the black sheep in her family because of her love of the viola, even though it gave her a close relationship with her deceased grandfather. Her string quartet finds themselves in the spotlight of the wedding community when the second violinist rips a guitar riff at a ceremony. And it changes them all in various ways. Her family is dysfunctional and seems to have no use for her apart from whatever she can do for them, and her sister is a real piece of work. So if that is a button for you, please be aware of that going in. Her string quartet family is also dysfunctional, but at least they generally care about her. It is a great book that not a lot of people have read, which is a shame, but it is one that truly is amazing and will give you a nice warm feeling, especially if you have a background in music. —PN Hinton 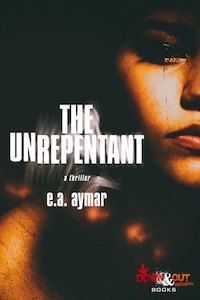 The Unrepentant by E.A. Aymar

After running away from an abusive home, Charlotte is kidnapped and sex trafficked by a dangerous group of men, including a dirty cop. She manages to escape with the help of a stranger. But as the men try to find and kill her, knowing that the police can’t be trusted to help, Charlotte realizes her only chance at survival is stopping her captors herself. This story is dark and dangerous and tense. Obviously the subject matter here is very heavy (TW for rape, kidnapping, child sex abuse, physical abuse, violence), but I really appreciate that Aymar was upfront about the research he did on sex trafficking. He takes this issue seriously; it’s not just used as a thrilling plot device. Charlotte’s character is multifaceted and well thought out, and her journey kept me on the edge of my seat. —Susie Dumond 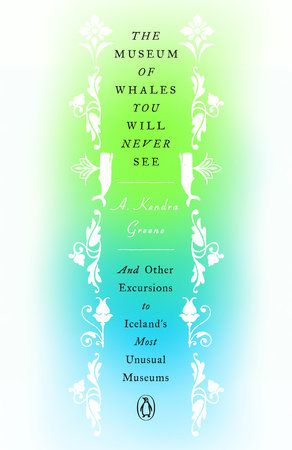 The Museum of Whales You Will Never See by A. Kendra Greene

I’ve only just started this book, but I can already tell it’s going to be one I tell all my friends and family about. As a person who once went to a Mythic Creatures exhibition at a museum and thoroughly enjoyed the weird mythology and folklore behind ancient mythic creatures, this book was instantly a hit with me. Iceland has more than 265 museums—nearly one museum for every ten people in the country! And many are weirdly specific and strange, which makes me want to visit that much more. From a museum of sorcery to a museum of phallological specimens (it collects penises from every known mammal in Iceland), this strange and bizarre book is not only incredibly fascinating, it’s also a beautiful book, perfect for gifting to loved ones and telling them all about the weird museum filled with penises. —Cassie Gutman 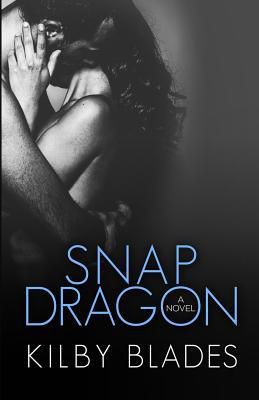 A no-strings arrangement of companionship and sex turns into true love in Kilby Blades’s highly original, genuinely unconventional, feminist and romantic debut. When Michael and Darby meet, the chemistry is palpable, but so is the mutual admiration and genuine respect. They enter into a mutually beneficial agreement rather than a relationship, not because something is missing but because they both have high-powered careers that demand their full attention and want to protect what they have. Despite the ground rules, their searingly hot connection quickly becomes a soul-deep one. Though Blades is playing in a familiar sandbox with the arrangement trope, that’s just a jumping off point for a complex and emotional story packed with surprises and suspense. The writing is gorgeous, and Blades plays with deeper issues of identity as well. I’ve read it twice so far and I’m looking forward to reading this one again. Snapdragon is the first part of a two book duet so the happy ending arrives in book two, Chrysalis. —Carole V. Bell

And there you have it, 12 amazing books that deserve more attention! How many had you heard of? And what are your favorite books that have under 250 Goodreads ratings? If you can’t get enough hidden gems of the book world, check out our previous editions of the Best Books You’ve Never Heard of!