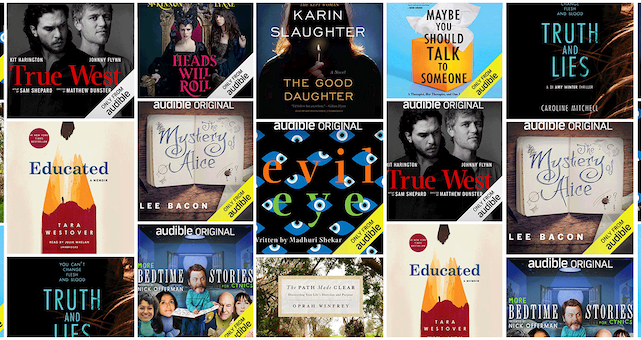 Critical Linking, a daily roundup of the most interesting bookish links from around the web, is sponsored by Book Riot’s Amazon store. Shop our favorite summer reads (including some of our favorite books of 2019 so far), bookish accessories, deals, and more.

“As satisfying as it is to flip through the pages of a crisp new book, hear that spine crack, and even take notes in the margins, there’s one time it’s not worth going for the hardcover: when you’re traveling. After all, who wants to lug another thing around in their suitcase? Whether you’re trying to fit a week’s trip to Italy in a carry-on or just prefer packing more wine coolers in a beach bag than paperbacks—no judgment!—that doesn’t mean you can’t indulge in the latest thriller or new celebrity memoir while on vacation.

The solution? Download an audiobook rather than use up your phone storage with podcasts. There are so many options too. All of our best books of 2019 and favorite summer reads come in audio form—and there are tons of Audible Originals available to check out as well. All you have to do is keep your phone fully charged.

Read on for the best audiobooks, below.”

Any of these on your to-listen lists? I’m deep into one of them right now and digging it!

“One in five children between the ages of six and 17 read exactly zero books during the summer of 2018, according to a new study from educational publishing company Scholastic Corporation. The number of kids who skip books of all kinds during their school-free summer months is rapidly rising, too. Scholastic’s data shows a 5% jump in children who read no summer books at all within just two years: It’s up to 20% in 2018, from 15% in 2016.”

I don’t think these numbers are concerning. 80% of kids read a book last summer!

“Paramount Television has put in development Lock Every Door, a thriller drama based on Riley Sager’s just-released novel, from Anonymous Content, former True Bloodexecutive producer/showrunner Brian Buckner, executive producer Angela Robinson and Michael Sugar’s Sugar 23. The project is a co-production between Paramount TV and Anonymous Content as part of the companies’ agreement.”