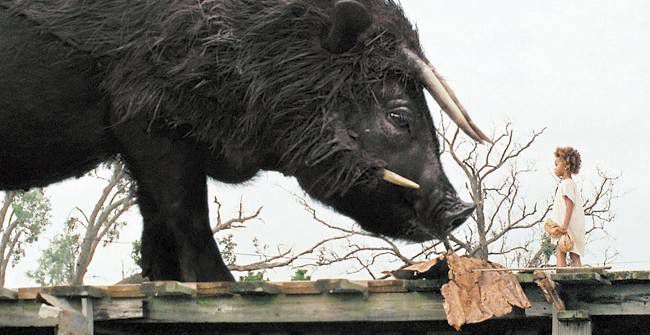 The box office took on a particularly bookish vibe this year as Brad Pitt and Angelina Jolie ceded the spotlight to the likes of Victor Hugo and Doris Kearns Goodwin.  There was plenty of discussion about the literary influences on this year’s film scene (particularly leading up to the Oscars), but one prominent author’s influence was largely overlooked: Maurice Sendak.

Watch “Beasts of the Southern Wild,” and the similarities to “Where the Wild Things Are” jump off the screen.  With the young strong-willed protagonists, the fantastical creatures, and the raw but lush visual style, the film is filled with allusions to Sendak’s beloved classic.

But more important than the visual similarities, it is their unsparing views of childhood that make them kindred spirits.  Both of these works resonate deeply with audiences because they forego clean-cut morality tales in order to capture the complexity and urgency of being young.

Unlike many other works for children, “Beasts” and “Wild Things” both understand that there is nothing trivial about growing up.  Even when it is whimsical or silly, childhood isn’t trivial.  And it can often be messy and ugly—and sometimes downright terrifying.  Both works appreciate the high stakes of these early years and treat their subject matter with the respect and awe they deserve.

Because there is no denying the many beasts of childhood–though they may come from different places.  For Max, the confrontation takes place within.  Sent to his room, he retreats into himself and sails to an island of wild things.  They roar their terrible roars and gnash their terrible teeth, but the steadfast Max tames them by staring straight into their eyes and shouting “Be Still!”

For Hushpuppy, the confrontation is external and beyond her control.  An environmental catastrophe unleashes a herd of ancient beasts that journey across the land hunting for her. But when they finally reach her, she, like Max, conquers them with an unwavering glare that forces the beasts to submit to her will.

Having tamed his internal beasts, Max returns to the comfort of home and a hot bowl of soup. Hushpuppy’s struggle is different in that it takes place when the safety and comforts of home are threatened.  Which is why we need both characters.

But when that time does come and life roars its terrible roar and gnashes its terrible teeth, we all hope that we have what it takes to stare right back and refuse to be devoured.