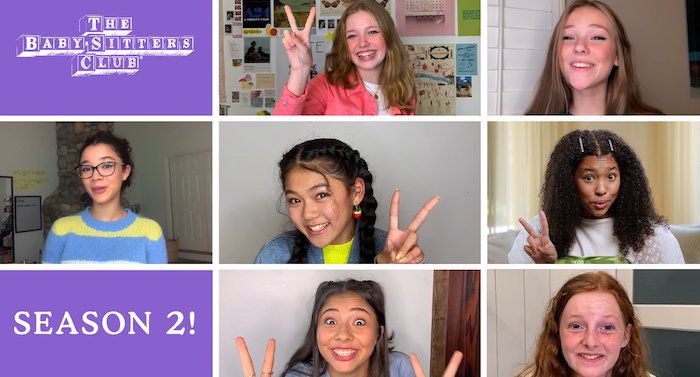 Have you been waiting eagerly for news of when the second season of Netflix’s adaptation of The Baby-Sitters Club is coming? Great news — we have a release date. Even greater news — it’s soon!

Netflix and author Ann M. Martin confirmed that season two will land Monday, October 11. Netflix also released a handful of photos to excited fans about the new episodes. Check those out below, starting with what is clearly a continuation of a show dedicated to friendship:

Check out Claudia and her rocking style:

Some out of office official duties:

And finally, a look at the growing staff of babysitters:

Fans have hailed this adaptation as one that’s inclusive, fun, and maybe even better than the books themselves. The Baby-Sitters Club, which has a loyal and passionate fan base spanning young readers through millennials and beyond, endures because of its themes of friendship, its early representation, especially for Asian American tweens and teens, and for how it depicts young entrepreneurship. Members of the BSC come from a wide array of family backgrounds and economic classes, making them relatable to a host of readers and viewers.

Ann M. Martin, for many readers then and now, may be among the first queer authors young readers meet.

The Netflix adaptation, produced in part by a woman of color, takes what makes the series irresistible and brings it into a whole new generation.

“Ann did such a great job at the onset of the series in creating characters and situations that already kind of pushed the envelope for back in the day. She was dealing with divorce. She was dealing with diversity and racism. She was dealing with chronic illness and kids on the spectrum. And this was in the ’90s, which was completely unheard of at the time. We already had a great blueprint, and now it’s just moving that forward for the modern age,” said Naia Cucukov, executive producer of the show. “[The adaptation is] dealing with issues that kids today are dealing with, taking things like the worst parents that step further, talking about same-sex couples, talking about just the things that are just a given in our modern world that I think back then weren’t at all in the popular conversation. At the same time, we are trying to make a more kind of inclusive landscape for our girls. Stoneybrook is going to feel a little bit more like modern times.”

Set your clocks and your cell phones now and be prepared to travel to Stoneybrook in just a few more weeks.