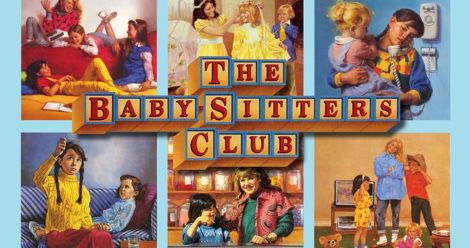 Get those activity kits ready, BSC fans – your favourite Baby-Sitters Club members are settling into Netflix!

The streaming service has ordered 10 episodes of a live-action reboot of Ann M. Martin’s beloved 1990s series, and as a ’90s kid myself, I was not the least bit surprised at the excited reactions popping up on social media. Kristy Thomas, Mary Anne Spier, Claudia Kishi, Stacey McGill and Dawn Schafer were some of my favourite characters growing up – I know I’m not the only one who wished I could pull off Claudia’s colourful outfits half as well as she did or who learned about the importance of insulin from Stacy’s life.

The series will be comprised of half-hour episodes, with Rachel Shukert (Glee, Supergirl) and Lucia Aniello (Broad City) as the showrunners. I’m so looking forward to seeing how the show will capture these beloved stories on film (and fingers crossed for a Baby-Sitter’s Club Mystery special?).